John Boyega and Mark Hamill have responded to a fan edit of Star Wars: The Last Jedi which cuts out the film’s female characters.

An angry Star Wars fan created a “men-only” version of The Last Jedi, reducing it to just 46 minutes.

The film’s cast posted laughing crying emojis in response to “The Last Jedi: De-Feminized Fanedit”, which was shared illegally online. 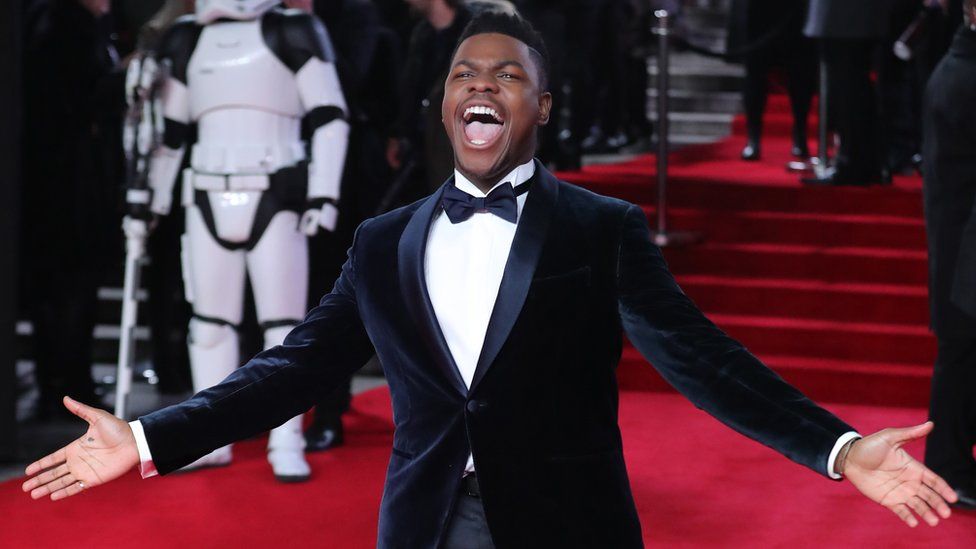 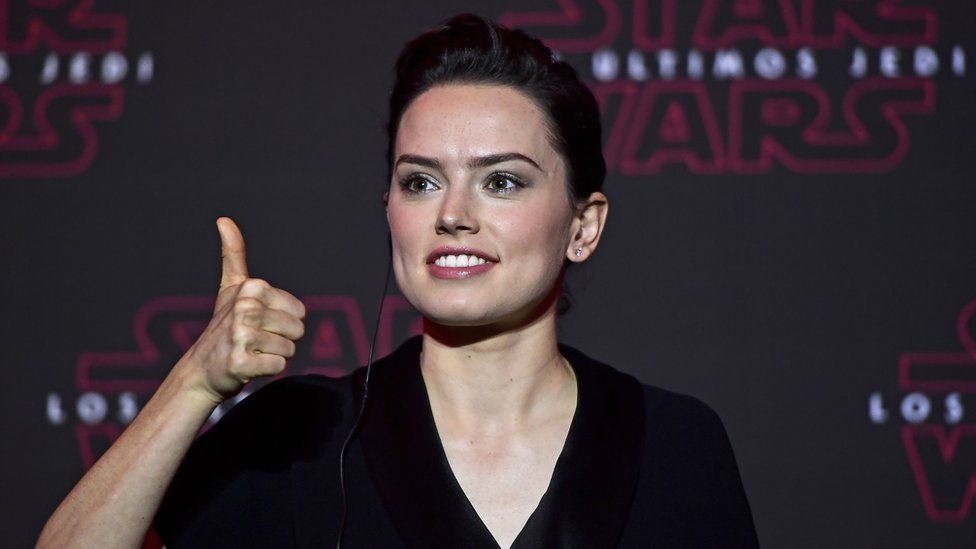 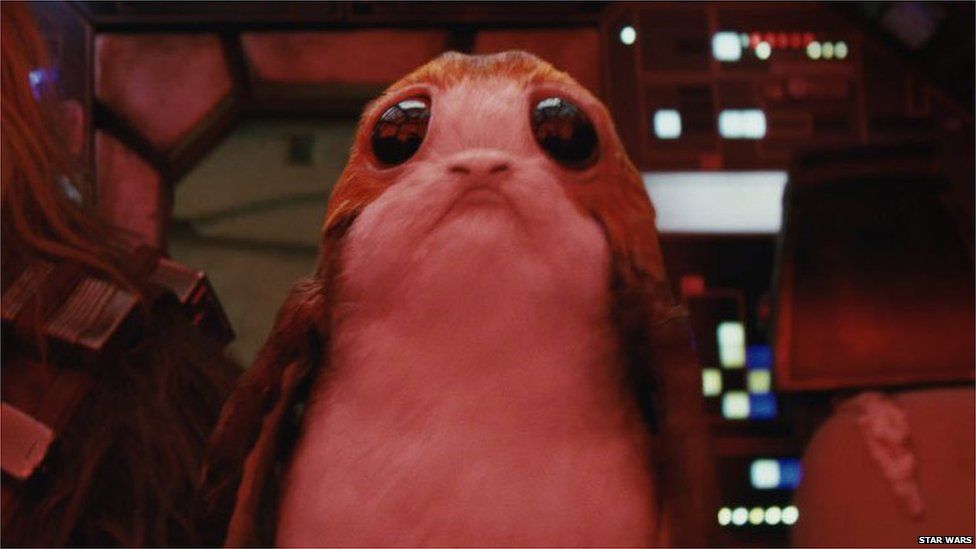 The Last Jedi was praised by critics and (most) fans for its portrayal of female characters.

But some were seemingly angered by the prominence of characters such as Rey, Leia, Admiral Holdo and Rose Tico. 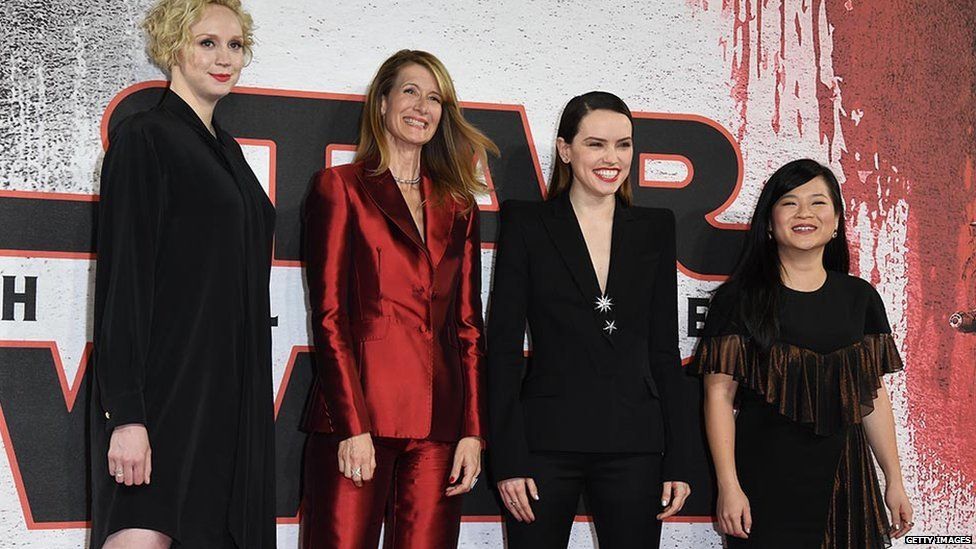 Image caption Nope, nope, nope and also nope. These actresses were cut or barely feature in the illegal ‘re-edit’

One furious fan decided to do something about it and chopped 106 minutes of footage from the critically acclaimed movie.

“The intro sequence is now very watchable and actually much cooler without all of Leia’s nit-picking,” writes the unknown uploader, who many describe as a “men’s rights activist”.

“Now it’s all one united Resistance fighting without inner conflict and that’s much more satisfying to watch.

“Due to the extreme shortening, the whole movie is much more fast-paced now.”

His efforts haven’t escaped the attention of some of the people involved in the movie, with John Boyega, Mark Hamill and director Rian Johnson all commenting on this entirely unofficial new cut.

Their reactions to it were pretty similar. 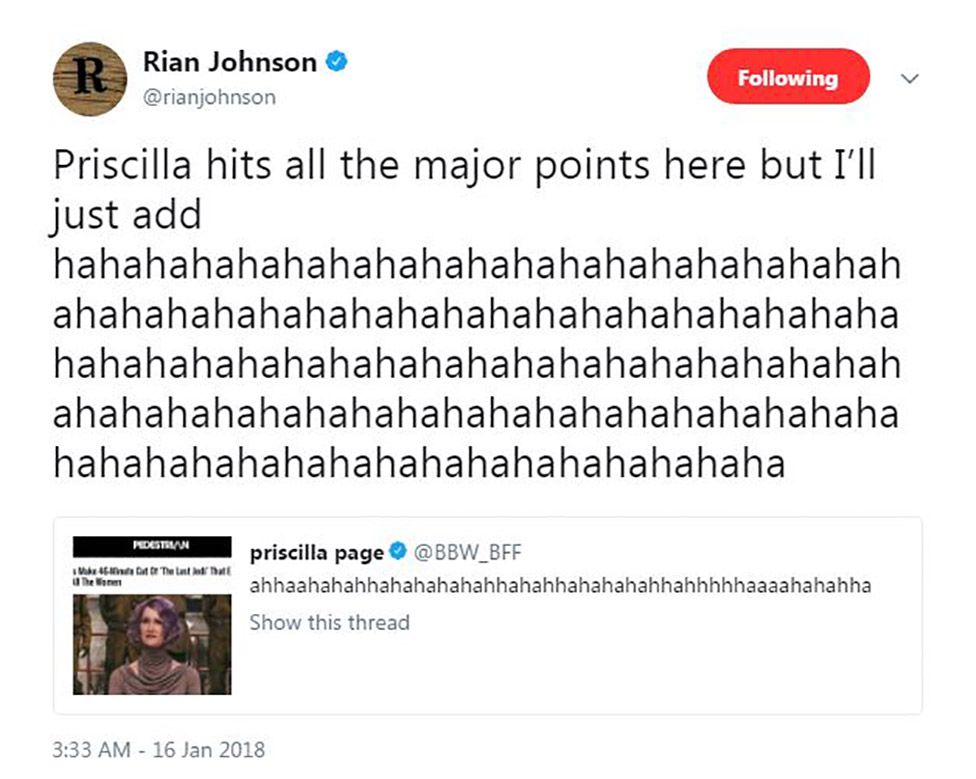 A list of changes made to the movie – as described by the man who posted the re-edit – has been shared online.

Holdo and Paige Tico (Rose’s sister) don’t feature at all while Leia dies during an attack early in the “De-Feminized” edit.

The uploader also admits his new version is full of plot holes and continuity errors.

The Filipino authorities announced Tuesday the arrest of nine women allegedly plotting suicide bombings, adding that several of them were widows or daughters of various senior officials from the Abu Sayyaf terrorist group.

Colombia broke the 345,000 case line this Wednesday after more than 10,000 new infected people were confirmed in the past 24 hours, according to the country’s health ministry. In particular, Colombian health authorities this Wednesday confirmed 10,735 cases of COVID-19, which has increased Colombia’s global balance to 345,714 positive results. Likewise, with the 309 deaths…

A father who saved his baby son’s life using recently-acquired CPR skills is urging others to learn first aid. Alec Brown, 29, took part in a first aid workshop in January. Weeks later he put his skills into action when his eight-month-old son Ruaridh stopped breathing at the family home on the Hebridean island of…

Democratic White House candidate Joe Biden has warned that he will not sign a trade deal with the UK government if the peace accords in Northern Ireland are in jeopardy or if there is a “hard border” between that UK territory and Ireland. “We cannot allow the Good Friday Accords that brought peace to Northern…

Mr. Gerim, well within range, and resting between slinging stones, shouts back: “We want to return!” Say what you will about root causes and immediate ones — about incitement and militancy, about siege and control, about who did what first to whom — one thing is clear. More than a decade of deprivation and desperation,…