Astronauts aboard the SpaceX dragon capsule Bob Behnken and Doug Hurley landed in the Gulf of Mexico, United States.


This Sunday, August 2nd, both astronauts, Bob Behnken and Doug Hurley They came back to Earth Crew Dragon. It is the first time since the mission of a United States spacecraft sank into the water Apollo Soyuz 1975. “It is really our honor and privilege,” says the ship’s pilot.

The spacecraft could be seen landing while parachuting over the Gulf of Mexico with no problems after it had flown and accessed Earth’s atmosphere. Bob Behnken and Doug Hurley left that International Space Station (ISS) and they had a 19 hour journey to get to Earth.

“Welcome to Earth and thank you for flying SpaceX,” the flight director announced to the astronauts, who responded immediately. The Crew Dragon Endeavor capsule landed successfully and undamaged at 18:48 GMT off Southeast Florida.

Astronauts must undergo medical examinations before they reach Earth. The ship was also recovered from the “GO Navigator” in the Atlantic. The capsule was pulled from a ship after it came into contact with the sea.

The United States shows once again that its space missions have been successful.

“Thank you all! It’s great that NASA astronauts are returning to Earth after a very successful two-month mission,” President Donald Trump tweeted, recalling that he was present at the launch of the capsule two months ago.

This mission was supported by the private company Elon Musk, which was exposed to the risks of the tropical storm lsaías, which forced the change of the original landing site.

The mission is a great triumph for SpaceX, which was founded in 2002, but has already developed far in the commercial space race and even surpasses its main competitor Boeing. 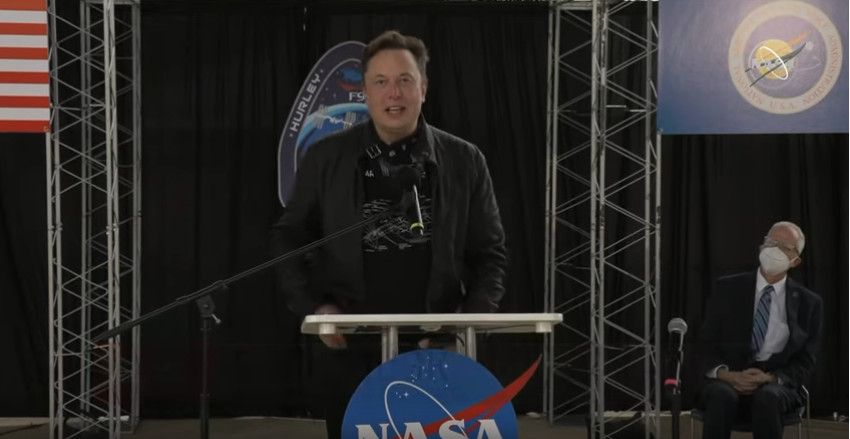 The United States has paid approximately $ 7 billion to the two companies for their space taxi contracts, although it failed miserably in the Boeing case.

The crew dragon followed certain procedures to return safely. At 17:51 GMT, the charge structure was withdrawn, which contains energy, heat and systems that return to the Earth’s atmosphere and are destroyed. At 18:32 GMT, it entered the atmosphere at a speed of approximately 28,000 km / h.

The ship had a heat shield with a temperature of 1,900 degrees Celsius, which led to a communication failure for only a few minutes. He then opened two parachutes on his descent and slowed down to 24 km / h when he hit the water.

On the outside of the ship, both astronauts were taken to a recovery room for medical examination before they touched the earth.

The SpaceX Crew Dragon left the International Space Station on Saturday evening. NASA imagery shows how the capsule moves away from the ISS at low speed in the darkness of space, which completes the stay of both astronauts.

Behken said during a ceremony, “The hardest thing was to throw us. But the most important thing is to take us home.”

This was just the beginning as future missions are planned. The “Endeavor” will return to Dragon SpaceX headquarters, where it will be inspected for a month and a half. A data and performance analysis is carried out there to confirm that the spacecraft can be part of future missions in near-Earth orbit.

With the triumphant return, SpaceX will be able to offer regular and effective flights to the ISS from the end of the year and will no longer be dependent on Russia to gain access to space. For the past 9 years, only Russian Soyuz rocket travels have been carried out with an estimated $ 80 million per site.

Mexican avocado has a great chance of either being exported or consumed locally at this time of year, but producers need financial support to meet demand. 4 min read The opinions of the employees of You are personal. how the Mexican avocado became the star of the Super Bowl The Super Bowl is one…

Sony’s next generation game console has been out of stock for a long time since it was launched on Nov. 12, although devices are refilled from time to time in markets such as North America and Europe. 1 min read Sony only sells 3.4 million PS5 in the first four weeks This story originally appeared…

Do you have to win? Easy moneyto pay a credit card or to pay rent? Remember it Making money in your spare time doesn’t mean making a lot of money or getting rich, but to get an extra amount for your portfolio. However, some of these ideas can help you build wealth over time. There…

The opinions of the employees of s You are personal. Analogous to the way a doctor checks a patient’s vital signs – such as blood pressure or temperature – to determine their health, it is possible for financial reasons to “diagnose the situation of the company,” explains Guillermo Pozos, Professor of finance at ITAM. How…

The Spanish car rental application competes with Uber in Spain and several Latin American countries. 1 min read Cabify joins WiBLE to offer a car sharing service Cabify announced an agreement to offer car sharing services WiBLE on your platform to add another option to your transportation network. In this way, the WiBLE fleet of…