The president of South Korea, Moon Jae In, at a press conference in Seoul – – / YNA / dpa – Archive

The authorities of South Korea have confirmed on Wednesday two new cases of infection by the outbreak of the new coronavirus originated in the Chinese city of Wuhan, which raises the balance to a total of 18 infected people.

The last two infected have been quarantined, one of the cases being that of a person who recently returned from Singapore, according to the South Korean news agency Yonhap.

According to the KCDC, after being informed that one of the people he had contacted in Singapore was infected, he visited a clinic in South Korea on Tuesday and confirmed that he had contracted the disease.

The eighteenth patient is a 21-year-old South Korean woman, daughter of a woman infected with the virus who returned on January 19 from a trip to Thailand and had moved freely for about two weeks before the virus was diagnosed. 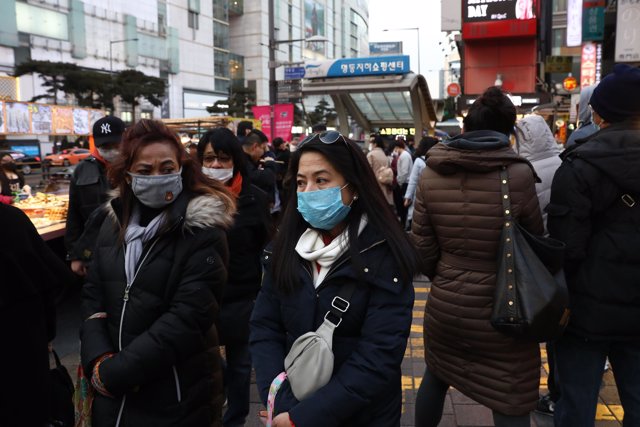 The KCDC has said that it is following the steps of all confirmed cases in the country to determine where they were and with whom they had contact, amid the growing concerns of transmission from person to person.

The public health agency noted earlier that it has quarantined 129 people to perform tests for the new coronavirus and is examining another 1,318 who were in contact with those infected to see if they show signs of the disease.

The outbreak of the new coronavirus, originating in the Chinese city of Wuhan, in the province of Hubei, has killed 490 people and left more than 20,000 affected, according to the latest assessment by the Chinese authorities.

Germany proposes to create a safe area in Syria – GETTY BERLIN, Oct. 22 (Reuters / EP) – The German Minister of Defense, Annegret Kramp-Karrenbauer, has proposed on Monday the creation of a 'safe zone' in northern Syria to protect displaced civilians and ensure that the fight against the jihadist group Islamic State continues. Germany…

The medieval monarch’s skeleton was found in Leicester City Council’s car park in 2012 during an archaeological excavation, and DNA from living descendants was used to confirm it was him. Greyfriars will now be a “scheduled monument”, meaning special consent will be needed before any changes could be made. Richard III was hastily buried after…

Image copyrightEssex PoliceImage caption Paramedics were called to the park but Summer later died in hospital A girl died after a bouncy castle that two workers had failed to “adequately anchor” was blown 300m across a park with her inside it, a court has heard. Summer Grant, seven, from Norwich, died in hospital after visiting…

Image copyrightNFUImage caption Dairy farmer Michael Oakes while the straw was still available for bedding “You almost need a Securicor escort to move a load of straw up the motorway these days,” says farmer Michael Oakes. His dairy farm, in Bromsgrove in Worcestershire, has suffered much from this winter’s poor weather, as have many farms…

Related News about Attack That Killed 16 in China Is Called Terrorism Sort by: Relevance : Date KASHGAR, China, Aug. 5 — Authorities said they were treating a brazen attack that left 16 police officers dead and 16 others injured Monday as a terrorist strike, China’s state-run media reported. The two men arrested after the…

Secretary of Defense Mark Esper has marked distances to President Donald Trump and made it publicly clear that he is not in favor of relying on the Uprising Act so that the armed forces join security forces in the face of protests calling for George Floyd’s death. Esper has argued that this law, which dates…