The Spanish grocery company Sin Apron announced on its social networks that it would cease operations in Mexico on December 4th. 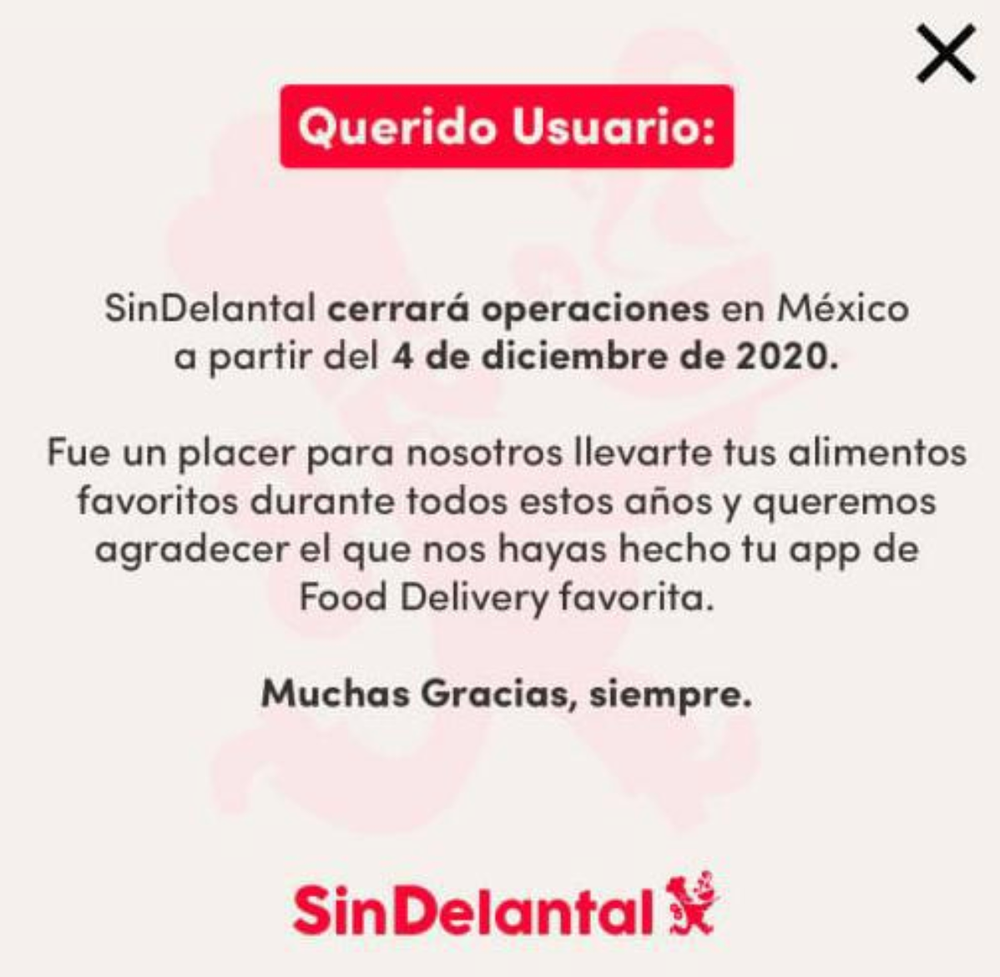 Image: Without apron via Twitter
The Spanish-based platform thanked them with a Twitter message Delivery partner I was part of the company that pioneered the home delivery of groceries.

In a press release Without apron He stated, “The company is giving this release one month in advance to minimize the impact on its users and business partners. Mexico is experiencing an environment of intense competition in the EU Grocery delivery servicewhere many brands try to win the heart and stomach of the Mexican consumer ”.

The brand also emphasized that “before the end of the year, all payments to suppliers, restaurants and dealers, as well as all trade agreements in general, will be honored and fulfilled”.

It’s not the first delivery company to leave Mexico. In December 2019 Postmates He also left the country because of stiff competition. To give us an idea, data from Euromonitor shows that the value of the restaurant industry in delivering groceries was $ 1.532 million in 2019.

It should be noted that this exit coincides with the new tax framework for digital platforms in Mexico, where they will have to pay taxes like any other brand.