All of us who come from a traditional society – for example from Latin America or Asia – know that the pressure to meet certain family expectations can be very great. Sometimes we have to put our dreams on hold for a while to please our loved ones. It’s not ideal, but it happens.

When I think about it, I remember one of my personal heroines: the mangaka Naoko Takeuchi. She started out in a terribly competitive industry with no real education, but this week Netflix released her most famous working films around the world: Sailor Moon.

Takeuchi was born on March 15, 1967 in Kofu City, Yamanashi Prefecture, Japan. His dream has always been to tell stories, he loved astronomy, it was a miko or priestess in a temple and joined manga clubs at school.

She always wanted to become a mangaka, so she decided to study chemistry at Kyorutsu University as a precaution and became a licensed pharmacist. Fortunately, he did not give up on his dreams and began writing and drawing short stories while studying. In fact, Takeuchi began entering the world of manga without any artistic training, but as she herself said, heavily influenced by the style of Leiji Matsumoto, creator of iconic works such as Captain Harlock.

In 1986, when she was just 19 years old, Naoko won two awards for best new artist from legendary London magazine. shoujo (Manga for girls) Nakayoshi and in September of that year he made his debut with the story Love call in particular from Nakayoshi Deluxe.

From that moment on, Takeuchi was a regular cartoonist for Nakayoshi with different stories about young women facing obstacles to live with their true love. His first job at this stage is Chocolate Christmas 1988, with which he wrote his first compilation volume (Tankoubon) with the legendary Kodansha publishing house.

His next great works would be Maria 1990, which was about a girl in a private school who argues a lot with an arrogant high school student and The cherry project, where a skater has to train to measure herself professionally with the love of her life.

It was in 1991 that Naoko saw her career catapulted by being published in the magazine Buzz (also by Kodansha) a short story called Code name Sailor V it tells of the adventures of a high school student named Minako Aino, who receives a visit from the magical cat Artemis to fight the villains of a group called the Dark Agency.

First Sailor v It was only meant to be a one-time story, but the success it achieved prompted him to write several more chapters, which were eventually compiled into several tankoubons.

However, Takeuchi’s final work was yet to come. In 1992, the 25-year-old mangaka was based on the concept of Sailor v and decided to give it a more serious tone. This is how the first chapter of Bishojo Senshi Sailor Moon in the magazine Nakayoshi. 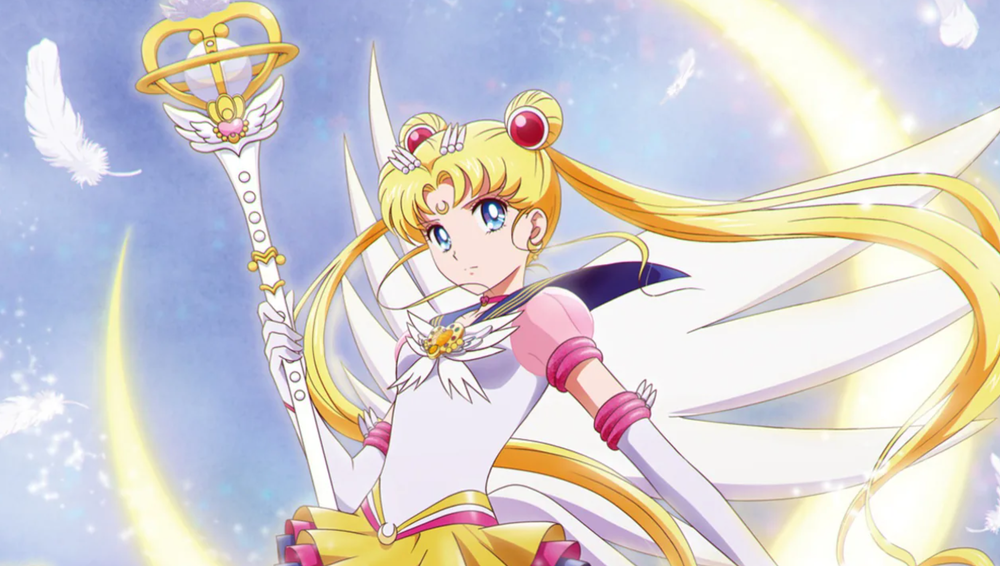 The story centers on Usagi Tsukino, a 14-year-old sophomore girl who transforms into a warrior named Sailor Moon and whose friends, the Sailor Guardians, must fight an enemy who wants to take control of the energy of the earth, find the legendary silver crystal and protect the princess of the moon. As they investigate whether or not to trust their mysterious ally, Tuxedo Mask.

“The most important thing about Usagi Tsukino is that she fights for what she wants and gets it. She has friends who are worth gold, they are united and together they achieve their goals. Sailor Moon taught me that women can do anything we want, ”said Patricia Acevedo, director and voice actress who has voiced Sailor Moon for 25 years.

I think few people have never heard of it Seaman Mun (at least in Asia, Europe and of course Latin America). Not that it’s the ultimate anime work, but it’s definitely fun. Naoko Takeuchi brought a breath of fresh air to the Shoujo manga, which had stalled in love stories of helpless young women in the 70s and 80s, and gave them all the weight of celebrity and action. This change in focus was beneficial to the audience as it increases sales of. multiplied Nakayoshi.

Sailor Moon he conquered Japan and then the rest of the world and established Takeuchi as one of the best mangakas of the 90s. The manga was published from February 1992 to 1997 and compiled in 18 volumes.

As always when a manga is successful, the animated series was created shortly afterwards. On March 7, 1992, the first TV episode was released, produced by the legendary Toei Animation Studio and broadcast on Asashi TV. The 200 chapter anime was for the reveal of. responsible Sailor Moon outside of Japan as it reached the rest of the world before the manga. It came to Latin America through the Azteca TV show Caritele with a dubbing that surprisingly respects the most controversial LGBT issues in history, which has even been censored in the United States.

Six years and 18 volumes were enough for Naoko Takeuchi to read the story of. put an end to it Sailor Moon. But 25 years later, a remake of the animated series and a couple of films were released that are broadcast worldwide by Netflix with the original voices of each language.

This new version of the series was released on June 30, 2014 (oddly enough, on Usagi Tsukino’s birthday) and then began broadcasting on the website every first and third Saturday of the month from July 5, 2014. Niconico streams with subtitles in 12 languages.

“Being part of Sailor Moon has given me several satisfactions and challenges. I touched several people thanks to Sailor ChibiMoon, ”says Cristina Hernández, a Mexican voice actress who plays Small Lady.

In January 2017 it was announced that the arch dream, corresponding to the fourth season of the series in 1992. On April 27 of this year, Netflix announced the acquisition of the broadcasting rights Pretty Guardian Sailor Moon Eternal: The Movie Part 1 and Part 2 for his departure from Japan on June 3, 2021.

The films, which premiered in Japan in January and February this year, are the first Sailor Moon films to see the light of day in 26 years. They will tell the adversity that Usagi and Chibi-Usa have to face to overcome the. to defeat Dead moon circus moon and save the Pegasus from dreams.

There aren’t many quotes from Tekuchi because the mangaka doesn’t give interviews that often, but one thing that can be found in a magazine from the 90s inspires me a lot:

“Whenever I read fan letters from afar, I cry tears of joy. It fills my heart and lets me say: From tomorrow I will enjoy my life to the fullest.

More than 30 years of experience and a world-wide known work seem to confirm this philosophy.

Here, five practices from the world of sports that will improve your health and performance in the office. The opinions expressed by employees are personal. An athlete approaches the starting area in the Olympic Stadium. He stretches, breathes deeply and shakes his muscles. Thousands of people cheer as they introduce themselves, but their eyes…

By Victoria147 You spend almost half of your time in an office, that is, sitting and not moving … unless you’re taking a coffee break or grabbing a few copies. This, of course, affects your physical wellbeing, and in the long run it could negative consequences like being overweight or having sore muscles. But who…

Laboratoria, the organization committed to bringing more women into the tech space, opened that so Mexican women can apply to the remote boot camp as part of the tenth generation of web developers. According to a recent study, this is estimated Latin America will need more than a million software developers over the next 3…

The opinions of the employees of You are personal. A gourmet gastronomic offer, a differentiated concept and a route through the city can attract more consumers. At a time when mobility is setting the rules in many areas of Mexicans’ daily life, this is the Food truck appear on the big metropolitan scene as…

In emergency situations like the ones we’ve seen over the past few months, you may have had to yours prematurely Pension fund administrator (before). In fact, according to the National Commission of the Pension System (Consar)In the period from January to June 2021, 938 thousand withdrawals were registered by employees who had not contributed to…

The year 2020 was marked by disruptions and challenges that led to changes that affected the way we lived. For many companies, the crisis caused by COVID-19 has rapidly accelerated the need to implement stable and efficient work-from-home strategies. As companies navigate a work environment affected by a global pandemic, in Teleperformance They have made…