This Sunday, March 29, the Official Gazette of the Federation published the update of NOM-51 that talks about the labeling that food and non-alcoholic beverages must have, where it is specified that prepackaged products that have one or more high sugar warning stamps. or saturated fats can no longer include children's characters, animations, cartoons, celebrities or athletes .

“Prepackaged products that bear one or more warning labels or the sweetener legend, must not include on the label children's characters, animations, cartoons, celebrities, athletes or pets, interactive elements such as visual-space games or downloads. digital, which, being aimed at children, incite, promote or encourage the consumption, purchase or choice of products with excess critical nutrients or sweeteners, and make reference on the label to elements outside the same for the same purposes as the previous paragraph ” , indicates article 4 of the Official Mexican Standard NOM-051-SCFI / SSA1-2010, General labeling specifications for prepackaged food and non-alcoholic beverages-Commercial and health information .

This means that famous pets in the Mexican food industry such as the Bimbo Bear, Chester from Cheetos or the Tigre Toño from Kellogg's cereals will no longer be able to appear on the packaging.

The regulations also explain that companies must put an octagonal seal that warns of the amount of saturated fat and high sugars that a product has, as well as if its formula contains sweeteners, caffeine and if its consumption is recommended in minors. 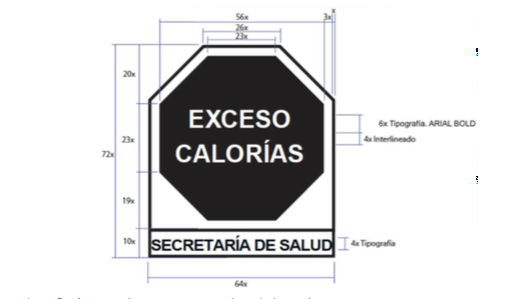 Image: NOM-51 via Official Gazette of the Federation

The idea of ​​this modification is to bring the nutritional information of the products closer to the population so that consumers can choose the consumption of beverages and foods with greater knowledge of their content. Also, it seeks to prevent these products from being so attractive to the child population.

The provision is contemplated to take effect from April 1, 2021, but companies will have a period of five years divided into three phases to comply with it.

With information from Francisco Muciño.

IKEA is reprinting the publication of its 2021 catalog and other news, delaying them by less than 5 minutes. 3 min read The opinions of the employees of You are personal. Don’t miss the week’s most important news! Check out Emprendenews We know that as a good entrepreneur, you often don’t have time to…

Some say yes, but it doesn’t really matter. 4 min read The opinions of the employees of You are personal. Did Bill Gates Really Offer a TV Reporter a Blank Check? A rumor about Bill Gates and an offer he made to a television interviewer has been around for several years. After this report…

Believe it or not, a healthy life is good for your business and for you. Learn about the benefits of being an entrepreneur who eats well and exercises. With information from Lékué There are no excuses! Start an active life today Have you ever thought about how your daily routine can affect your work, focus,…

This article has been translated from our English edition. The opinions of the employees of You are personal. The 6 minutes a day that will change your life AhAre you busy? How strange I thought I was the only one. No matter where you are in your life, we have at least one thing…