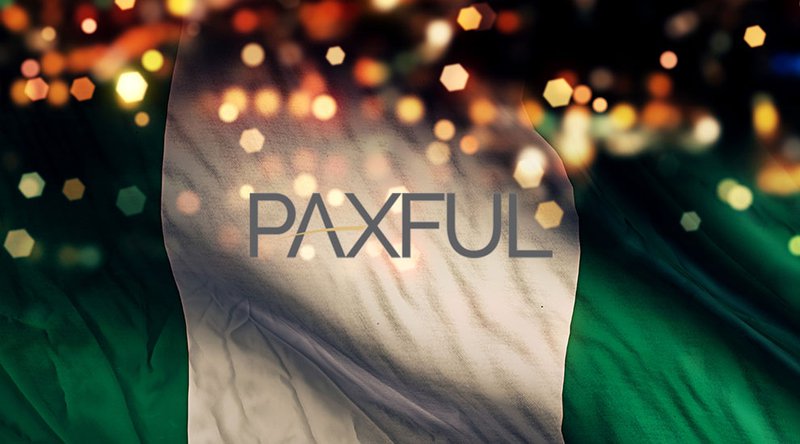 Peer-to-peer marketplace Paxful has announced plans to construct a blockchain technology incubation hub in Lagos, Nigeria. The project — set to be launched this coming fall — will provide a coworking space for company staffers and offer services like networking for ICO advisors, corporate and individual blockchain training, and mentorship for Nigerian blockchain developers.

In recent years, Bitcoin’s popularity in Africa has experienced massive swells. Many residents do not have applicable access to traditional finance options due in part to inflation, strict monetary regulation and government corruption, and Bitcoin has provided them with the freedom and support they need to survive and purchase daily necessities.

Speaking with Bitcoin Magazine, CEO Ray Youssef commented, “Paxful is committed to fostering economic growth in Africa and helping the unbanked and underbanked gain access to the opportunities they have been denied for so long. The incubator is simply a starting point to help driven entrepreneurs in an industry that has shattered boundaries all over the world.”

The company has also brought Chuta Chimezie — based in Nigeria — on board to serve as the company’s regional director of Africa. His duties will include facilitating local and international brand awareness, conducting business operations, recruiting and overseeing the incubator’s day-to-day dealings, and developing the company’s educational content.

“It is a privilege to work with an organization that believes in investing in countries with great potential such as Nigeria,” he explained. “Paxful’s initiatives have not only helped those in great need here, but are also helping African entrepreneurs achieve their full potential. Paxful is using Bitcoin to do good in the world.”

Prior to his newfound role, Chimezie founded the Blockchain Nigeria User Group — an organization of both blockchain entrepreneurs and advocates committed to furthering blockchain use within the country’s borders. He has also developed reference texts for African regulators to help them better understand cryptocurrencies and how they work.

Currently, Paxful is planning to sponsor several blockchain events in Nigeria, Cameroon, Ghana and Kenya. Previously, executives launched the #BuiltwithBitcoin charitable program to persuade cryptocurrency enthusiasts to fund ongoing humanitarian projects in Africa, and began the initiative with a $50,000 donation toward the construction of a new nursery school in Rwanda.

Paxful has over 1.7 million monthly users and operates on open-source Bitcoin and blockchain technology. The platform allows users to purchase, sell or accept bitcoin almost instantly, while its global wallet works to exchange or “translate” funds regardless of type. Entities like gift cards, for example, can be converted to other gift cards, cash or cryptocurrency.

In addition, Paxful offers over 300 different payment methods, the most popular being bank transfers, Amazon Pay and PayPal.

The Islamic State jihadist group launched a new attack by the Syrian army in Hama province (center) on Wednesday that triggered fighting that resulted in an undetermined number of victims, according to the Syrian Rights Observatory reports people. The London-based organization and whistleblowers in the Arab country have stated that the attack was carried out…

The pandemic of the new corona virus originating in the Chinese city of Wuhan has registered 230,400 new cases in the last 24 hours. This marks a new record in daily calculations, bringing the total to more than 13.5 million infected and more than 584,000 deaths, according to the global balance sheet released by Johns…

WASHINGTON — When President Donald Trump nominated Gina Haspel on Tuesday to be the next CIA director, he selected a seasoned intelligence officer with decades of experience, but also a key figure in the agency’s troubled legacy of using torture as an interrogation tactic. Haspel, 61, would be the first women to lead the nation’s…

Image copyrightAFP In the end, the master provocateur ended up provoking the wrong person in the wrong way at the wrong time. Up until only a few months ago, Steve Bannon was arguably the second most powerful man in Washington. The president’s one-time chief strategist was the puller of strings, the Trump-whisperer, revelling in his…

Italy is in the middle of the second wave of the pandemic. In the past week, the record number of infections has spiked, leading the two most affected regions, Lombardy and Campania, to put a curfew while this Friday speculation remains about the possibility that the government will take new restrictive measures.