The life of Reed Hastings has become almost an urban legend for modern entrepreneurs. We’ve all heard the story of how he launched his small online DVD rental company, Netflix, for just $ 50 million in 2000, Blockbuster, one of today’s entertainment giants. Many of us have read the anecdote that tells how John Antioco, then CEO of the video rental chain, mocked Hastings’ proposal and turned down the offer to buy. As if it were the plot of an original film from the streaming service, Netflix Today it is more than $ 165 billion (according to PwC) while Blockbuster filed for bankruptcy in 2010.

Hastings and his team realized something: the internet was beginning to change the market in ways no one could see. Today, Netflix is ​​the giant of on-demand entertainment services, even as more and more competitors are added.

The Los Gatos, California-based company was not content with changing the way we consume television, but has revolutionized the entertainment industry so that its films are already competing (and winning) at major film and television festivals . .

Netflix it wasn’t content to be just a shop window. Today’s production company has original titles that cater to the specific needs of each market, such as: B. La casa de las flores, Ravens Club, Luis Miguel, The series and the celebrated Romeand co-productions with other conglomerates such as Cobra Kai Hand in hand with Sony and YouTube Red. Look at just a few of their numbers to determine the size of Netflix: It operates in at least 190 countries, has 200 million subscribers, and reports monthly revenues of nearly $ 950 million.

Netflix is ​​present in at least 190 countries, has 200 million subscribers and reports monthly profits of nearly 950 million dollars / picture: Sony and Netflix

Much of the company’s success is due to the leadership style of the CEO. Reed hastings. Yes, this man who was once the young entrepreneur who turned to Blockbuster for an alliance. Hastings’ leadership style focuses on promoting independence, embracing the “chaos” and understanding that without a bit of humility you cannot move forward (even if you are king of your niche).

“We worked for three years to ensure that the book could only be published in the middle of the pandemic. It’s ironic, ”laughs Hastings from his home in California during a video call in Spanish. There he explained to us that a team shouldn’t see itself as a big family, but as a championship squad.

“A lot of companies pretend to be like families and get laid off or something. But a team is also fantastic because it’s about building a group of championship people who work so well together that they can achieve incredible things, ”says Hastings.

In his book, the CEO describes the importance of having really talented people to call you The Keepers (who to care about) because they are the ones who take your business to the next level. That is, it encourages employers to seek out those workers who make a significant and tangible contribution to the success of the company. 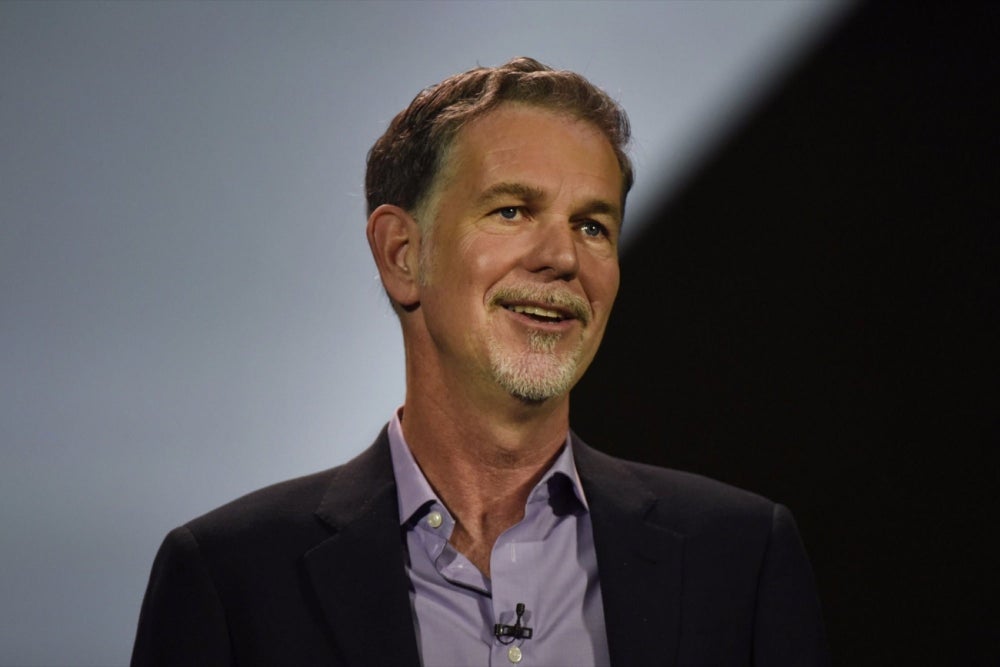 “We want the best employee in every position,” writes Hastings in No Rules Rules: Netflix and the culture of reinvention / Image: Bloomberg | Getty Images

“We want the best people in every position,” writes Hastings. “Like any team that competes at the highest level, we build deep relationships and look after each other.”

The founder even emphasized that despite the need to have the best “athletes” on your team, it is important to build relationships with employees.

“Latin Americans build relationships, and it actually works better than the American method of reducing these types of relationships in general,” he says in amazement. It is worth remembering that in 2019 Netflix announced that Mexico City would be its regional headquarters in Latin America and develop 50 original productions.

There are so many books and lectures about innovation out there that it has become a business cliché to teach your employees to think outside the box. Hastings points out that Netflix – a company its content director Ted Sarandos told us in 2019 – relies heavily on big data – fueling creativity because you need to be ready to get on the brink of chaos.

“Most companies try to be very clean, organized, efficient and sterile. We try to be fertile and on the edge of chaos. Sometimes that leads to great new ideas. Create the right conditions for new ideas to be born. At least create a culture in which people question and think, “says Hastings, who accepts that your team doesn’t always have innovative thoughts, but at least this freedom, this” chaos “he calls, encourages the discovery of new landscapes.

One of the most interesting parts of the book is when Hastings talks about how he started taking couples therapy to save his marriage in the 90s and how he ultimately brought the teachings to encourage his co-workers. “I began to encourage everyone to say exactly what they really thought, but with a positive intention,” he writes.

“For our employees, transparency is the greatest symbol of how much we trust them to act responsibly. The trust we place in them in turn creates a feeling of personal responsibility, commitment and responsibility.”

Even amid the coronavirus pandemic, Hastings continues to advise opting for transparency.

“When the pandemic broke out, we told our employees that we could not be in the office for 12 months. Because of the long absence, there has been a lot of negatives and fear, but I think that by telling the truth we build a sense of trust even though we are in a difficult situation. We don’t try to make people happy, we try to make people productive and understand the reality of our competitors and our customers. ” 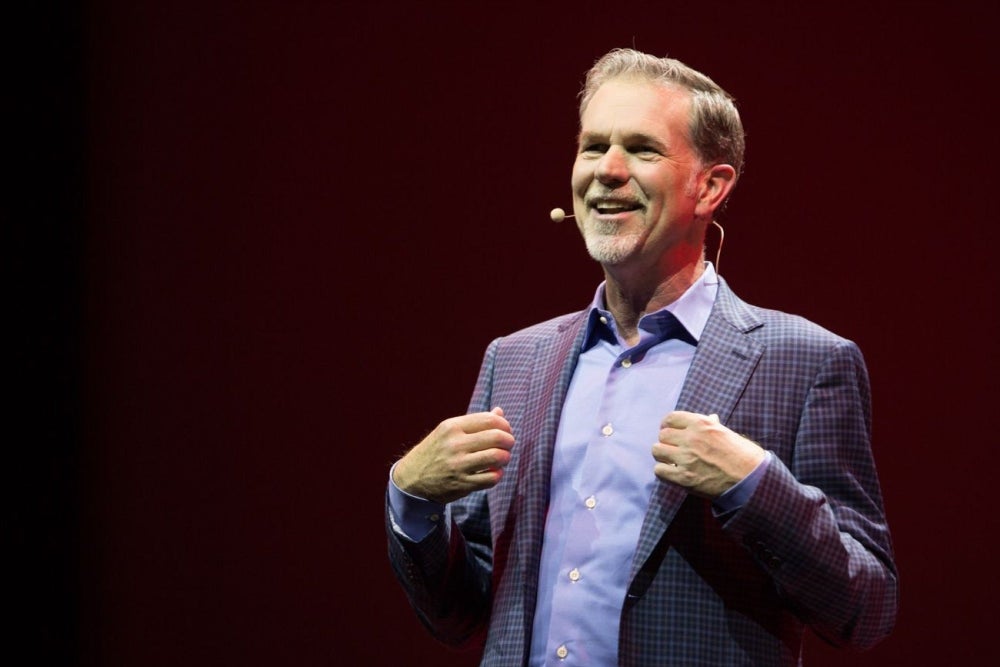 “Most companies try to be very clean, organized, efficient and sterile. We’re trying to be fertile and on the edge of chaos, “says Reed Hastings / Image: Netflix

In his book, Hastings talks about humility as a key quality to be successful in the business world. Humility is important to a leader and a role model, “he writes. The CEO points out that leaders should speak quietly and humbly about their successes and, on the other hand, speak loudly and clearly when a mistake is made for everyone. Can learn.

“You have to say, ‘We’re really good, but we’re sucking compared to what we’re going to be in three years.’ We need to acknowledge successes and have ambition and humility to drive our own improvements, ”says Hastings.

In the end, the best lesson from the Netflix CEO’s experience is: Not being satisfied with your own success.

“We have to try to be much better for our customers and our employees within two years. That way we avoid becoming arrogant, ”concludes the founder of Netflix.
If the world’s largest streaming company isn’t resting on its laurels, neither should entrepreneurs.

No unusual person set off successfully. The opinions of the employees of You are personal. You need a life strategy because extraordinary things don’t happen by chance To achieve that Life you want, one that really makes you feel satisfiedyou need to make this your priority before anything else. If you want a life…

The opinions of the employees of s You are personal. 5 ‘good tips’ that actually hold you back If we get one adviceYou always have to be grateful that someone takes the time to do it. Just because they give us advice does not mean that we have to apply them or that it is…

Los Angeles Lakers’ LeBron James is well on his way to becoming a co-owner of the Boston Red Sox Boston Globe. James, a well-known New York Yankees fan, allegedly bought an “undisclosed amount” of shares in Fenway Sports Group (FSG), making him a co-owner not only of the Red Sox, but of other companies under…

Nobody likes dealing with difficult people. Follow these tips and change the way you interact with these people. The opinions of the employees of You are personal. 3 Quick Strategies For Dealing With Toxic People According to Ralph Waldo Emerson, “nothing surprises men more than common sense and good treatment.” It’s a solid observation…

The hectic modern life and the distances between work and home make taking care of clothes one of the least attractive activities for anyone. From Laura Vela When it comes to optimizing time, your business opportunities are great. Your added value lies in the punctuality and the possibility that your customers order online. Equip yourself…