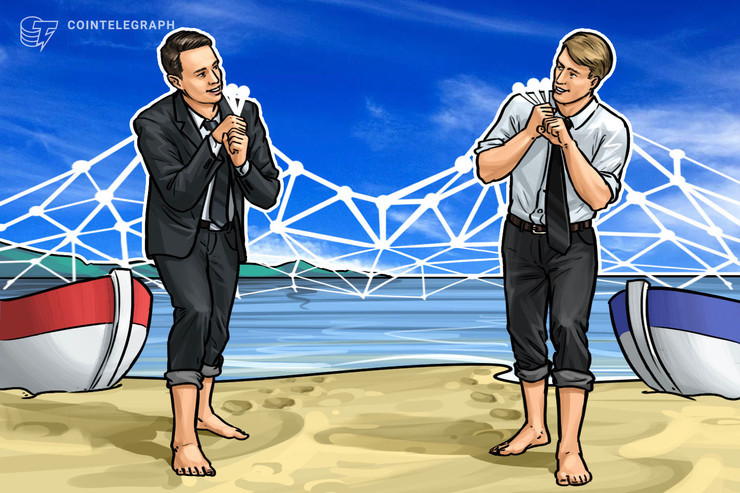 Following the incorporation of Blockchain technology in the new Aquaculture and Fisheries Law passed on February 18 in Ecuador , the president of the National Chamber of Fisheries Bruno Leone considers him as one of the five positive aspects of the legal body.

The new law of 229 articles approved by unanimous decision within the National Assembly of Ecuador, introduces the Blockchain for fish as a suitable traceability system for fishery products.

Chapter five of the law stipulates a series of controls to combat illegal fishing and adds that the governing body that is formed must rely on technological systems.

“This will use the Blockchain to know in real time the origin and path of the product captured , “ Leone explained an important means local news.

While the use of the blockchain is not new in the fisheries sector, since the Blockchain is currently used in shrimp farms through a private initiative, use through the legal body will provide the state with resources to apply it.

Ecuador suffers a penalty from the European Union for its lack of actions and control of illegal and undeclared fishing effective since October 2019, which forced the government to accelerate the enactment of the respective law to allow, through the legal instrument, legal support to execute blunt actions to reverse the yellow alert issued by the old continent.

Fishing and aquaculture represent 38% of Ecuador's non-oil exports and businessmen hope that the new standard will effectively combat the illegal capture of species.

Last May 2019, Sustainable Shrimp Partnership (SSP) announced the union to the IBM Food Trust ecosystem, for the traceability of SSP shrimp from the farm to the table.

On that occasion, the transnational company used the IBM Blockchain platform to provide greater responsibility and transparency to customers in each element of the production and the path of the first quality Ecuadorian shrimp from SSP, until reaching the plate of each consumer.

”By using Blockchain technology, we can provide complete traceability of our products and our practices; for the first time, consumers can have full confidence and security in what they are buying, ” said José Antonio Camposano, Executive President of the National Chamber of Aquaculture of Ecuador.

“Our goal is to have high-quality SSP shrimp in supermarkets and menus where the consumer can scan the QR code and discover what farm it is, how it was grown and key indicators on the food safety and sustainability profile,” added Pamela Nath, Director of SSP.

The use of Blockchain technology in the sector could now gain massive momentum at the state level, after the Executive of the Latin American country sanctions the new law and enforces new practices based on the blockchain to guarantee the traceability of products fisheries that are exported and faithfully comply with international regulations that allow it to continue contributing products to the European market.

The leading company for cloud computing and virtual machines VMware He started VMware blockchain, A blockchain platform for businesses. Dell propertyThe billion dollar company first participated in the development of blockchain technology in 2018 Concord project, A promising platform for companies that could enable the secure exchange of data between organizations. VMware is part of…

You hacked the IT department from Fresenius, the largest private hospital in Europe, is located in Germany. The Cyber ​​Security News Outlet, KrebsonSecurity, May 6 Reported that Cyber ​​criminals compromised the computer systems of the private hospital after a ransomware attack. According to the report, an anonymous source has reported this The hospital systems were…

Bitcoin price has dropped to the lowest level since for two weeks and could drop below $9,000 in the next 24 hours, price charts indicate. The downward move follows a month for bitcoin when its market capitalization has tumbled from a high of $296 billion on Jan. 5 to $163 billion today – a $133…

South Korean technology giant Cocoa listed its blockchain token (KLAY) token Klaytn on June 5 through a local crypto exchange. This news follows the launch of a new crypto wallet feature on KakaoTalk earlier this week. After registering over 100,000 users thanks to the new encryption functions, Tech M reports that cocoa has entered into…

The price of Bitcoin (BTC) has risen in the past 48 hours as the US stock market rose cautiously. The recent correlation between BTC and US stocks has tightened furtherThis shows a strong dynamic in the crypto market. Holger Zschaepitz, market analyst at Welt, said:: Global stocks are diverging as tensions between China and the…