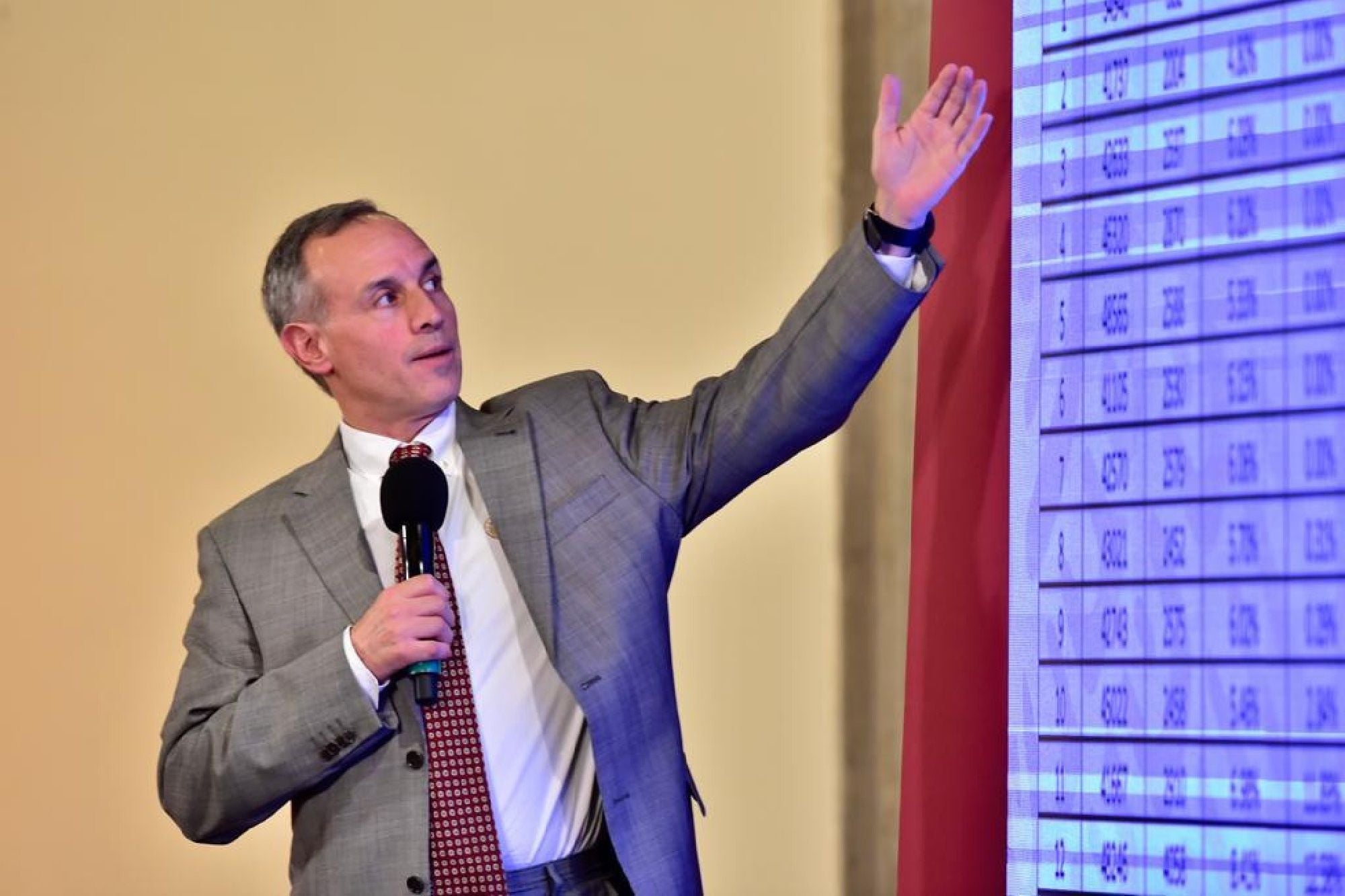 Hugo López-Gatell said that according to the experts' predictions, the peak of consistency by COVID-19 between May 8 and 10.

The undersecretary of Prevention and Health Promotion, Hugo López-Gatell Ramírez, reported that according to the analysis of the group of experts that carry out Mexico's strategy before COVID-19, the highest peak of coronavirus infections in the country It will be between May 8 and 10.

“There is a range of possible dates for the maximum peak of transmission intensity, of the epidemic curve, of the acme ,   and these oscillate between May 8 and 10, there are other predictions a little more optimistic that it was before, a little less than it was after, but there is a midpoint between May 8 and 10, and that brings us in addition to the duration of the epidemic, ”said López-Gatell Ramírez this Thursday.

For his part, President López Obrador indicated that in the case of schools there is no return to classes on Monday , but that it will be staggered. He announced that it is being proposed on May 17 in municipalities where there are no cases of coronavirus, and as of June 1, in the rest of the country, as long as the measures continue to be complied with. A restart to all productive activities is also expected on June 1, said the president.

It should be remembered that this Thursday it was announced that the National Sana Distancia Day will be held until May 30 and not until April 30 as planned, in order to preserve the mitigation measures, as well as maintain the protection of adults elderly with chronic diseases and pregnant women.

Learn more about the dates, requirements, and how to register to take this year’s Comipems High School Placement exam. 3 min read The call for applications for the Comipems 2021 entrance exam for upper secondary level has already been received This Sunday, January 17th, the Metropolitan Commission of Public Institutions of Higher Secondary Education (Comipems)…

In the past few years we have noticed the emergence of new alternatives such as Healthtech, InsuranceTech, EdTech, and the most famous or hottest FinTech and PropTech. 4 min read Technology brings us closer to the prevention culture The appearance of new technology companies only makes us notice that there is an eager sense of…

Knowing what words to use can mean the difference between a professional communication and a major misunderstanding. The opinions of the employees of You are personal. Don’t explode! This is how negative emails are answered The Mails Offensive, aggressive or cruel, those who do not need exclamation marks or capital letters to express hatred…

This program invites students, professionals, creatives, innovators and enthusiasts to share innovative ideas that can solve the social, economic and environmental challenges of the state. 5 min read With a prize pool of 100,000 pesos, this initiative seeks innovative solutions through two hackathons. InnovaWaste and InnovaBrick. The Hacking Hub Virtual Meeting is featured to help…