This week, nearly 1,500 people protested that the Bill Melinda Gates Foundation and transnational Johnson Johnson had developed the virus in laboratories in England.


Over 1,500 people from the Tojolabal and Tzeltal municipalities in Chiapas protested the economic crisis resulting from the COVID-19 pandemic on the morning of July 7, as reported by the magazine process. In addition, they added that the virus was an invention on the part of the Melinda Gates Foundation and the company Johnson Johnson to kill the over 60.

The march took place in central square of Las Margaritas and was created by indigenous members of the Organization Luz y Fuerza del Pueblo de Chiapas, civil resistance with presence in 77 municipalities of the state.

The rally spokesman assured that the virus was an invention of the pharmaceutical company and the foundation of Gates, with the aim of killing older adults or those with diseases such as diabetes and emphysema as they can no longer produce it and become a virus and “They hinder capitalism”.

In an official statement, the indigenous organization pointed out that governments around the world are working with companies to act in favor of capitalism, regardless of the well-being of the population: “The world’s governments don’t dare to denounce and prosecute Bill Gates (richest man in the world [sic.]) to the international criminal court for crimes against humanity because he is part of the rich who rule the world (Club Bildenberg) ”.

In the same way, they used the movement to manifest other deviations, such as the construction of the Maya train and the Transisthmic trainProjects that indicate that they are carried out at the expense of human health. They also pointed out that there is insufficient medical equipment or trained personnel in hospitals to care for the sick.

It is worth noting that the day after the march, the organization’s representatives made it clear on their Facebook page how many participants there were 4 thousand peoplecontrary to what the media show.

On the other hand, it is important to note that the name of Bill Gates It appeared to have been associated with the coronavirus in recent months as it has received various conspiracy theories regarding SARSCov2 as an invention for global health system control. There is no evidence to support such theories. 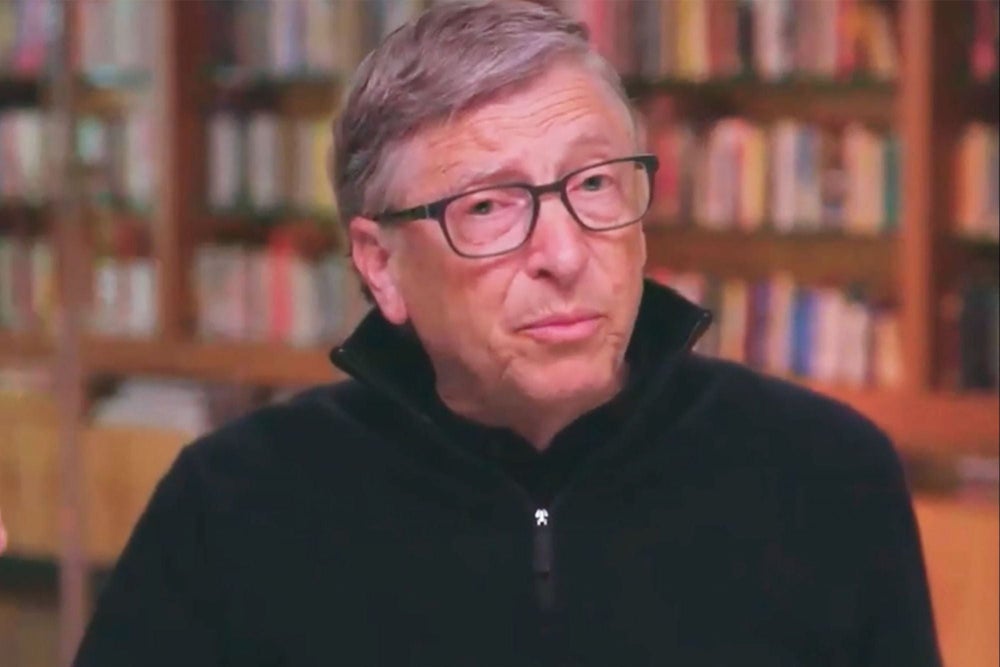 The name Bill Gates has been associated with the corona virus in recent months / Image: Screenshot / Financial Times via BI

Similarly, the pharmaceutical company Johnson Johnson has become a brand of particular interest in this area after it was announced in March that it would be at a experimental vaccine against the Corona viruswhich they hope will be ready for the first few months of 2021.

Neither Gates nor Johnson Johnson have spoken out against the attacks they received on their brands as possible culprits of the pandemic. Technology giants like to reduce rumors and disinformation Google, Facebook and Twitter work on developing filters to remove them fake news.

To date, Chiapas has registered 5,050 confirmed accumulated cases of COVID-19, according to the Ministry of Health.

How can you focus again? These are some practices that will make a huge difference in your ability to concentrate. Someone is talking to you about something and while your mind wanders to a thousand places. You write a note and answer e-mails and calls at the same time. You get your chores done quickly…

Danna Paola and Ester Exposito defeated Chris Evans in the Actors and Actresses category on Twitter. 5 min read The opinions of the employees of You are personal. BTS, AMLO, Bad Bunny and López-Gatell are among the most popular tweeters in Mexico this year Twitter has been recapitulating the major events of each year…

In the not too distant future, a new form of communication through video calls is planned so that people can smell other participants. 3 min read Zoom tries to implement video calls with smells One unusual suggestion to detect smells through a video call is the one they shared Eric Yuan, the CEO of Zoom,…

5 min read Even without being a pro, you can win millions playing it. Before the pandemic, only elite players were successful. This has changed now. Some of the amateur players make up to $ 20,000 a year. Even those who aren’t playing at this point know full well that millions of dollars can be…