Evo Morales Ayma (Orinoca, 1959) seeks his fourth re-election after ruling Bolivia for almost 14 years. The former pastor of llamas, football coach, hard-working unionist and president since 2006 faces the most uncertain elections since he came to power.

Opposite has a strengthened opposition that could force a second round for the first time in 17 years. That is why he has hardened his speech recently, warning of the consequences of a change of government.

“Voting for the right is voting for the return of the International Monetary Fund. Where the IMF has returned, as in Argentina, poverty and inequality have grown. Imagine what Ecuador is experiencing, again the IMF's 'packet'. I am very sorry that some governments and presidents submit to those financial organizations that represent the capitalist system, “he warned during a recent act in Oruro.

Morales came to the Government last decade willing to change everything in Bolivia, after becoming the first indigenous leader in the country. He had built his political career around activism, having been born in a family of Aymara ethnic farmers and having spent his studies working as a baker and even a trumpeter musician. 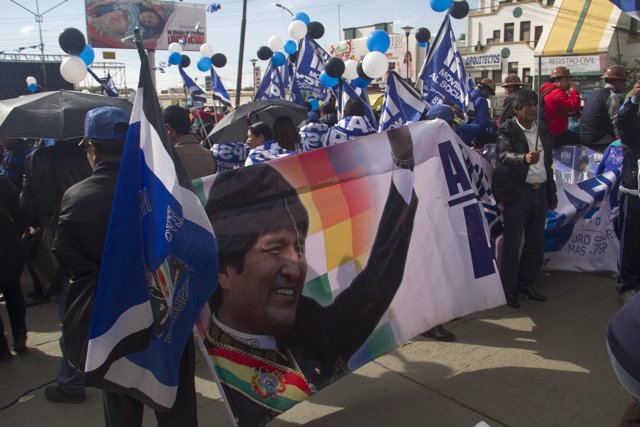 His life changed in the 80s, when he entered the Single Trade Union Confederation of Peasant Workers of Bolivia, entering to direct, in the 90s, the coca federations of Cochabamba.

His name began to be known after facing the Government of Hugo Bánzer, for his decision to cut coca crops, a plant that Morales considers important in indigenous ancestral culture.

Since then, his career was unstoppable. He became a deputy in 1997, forced a second round in the presidential elections of 2002 and finally won those of 2005, after starring protests against former president Carlos Mesa, now his rival at the polls, in claim of the nationalization of hydrocarbons, something that he finally carried out in his first months of government.

Among Morales' most recognized successes are the emancipation of indigenous peoples and the construction of roads in a country that had some of the most ancient roads on the continent. But, above all, Morales bases his popularity on the progress of the economy.

“Bolivia is the country in South America that has grown the most in the last 15 years, in a sustained way, together with Peru. Its GDP has increased on average more than 4 percent in that time, achieving a brutal reduction of poverty and inequality , something that had not been achieved before in the same magnitude, “says Mario Torrico, a Bolivian analyst at FLACSO de México. 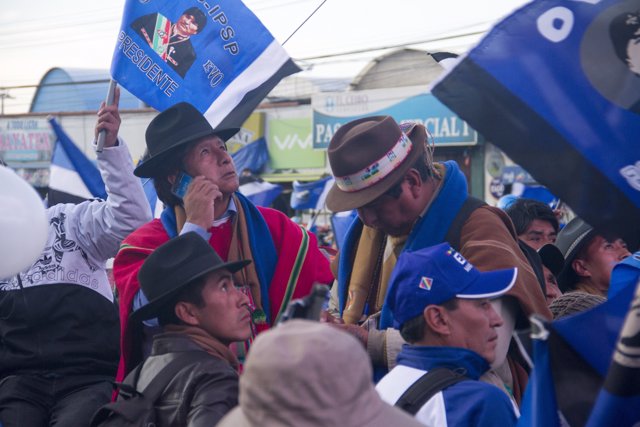 That is why Morales has based his program on continuity, with the aim of completing what has been achieved in almost 14 years of government, betting, yes, for greater industrialization, something forced by the decrease in gas prices.

But Morales' economic matrix has also been criticized, for being 'extractivist'. “It is a deeply predatory model of nature, which is in contradiction with his discourse of defense of Mother Earth and with the idea that his attachment to the indigenous agenda would lead him to policies of nature preservation,” says Torrico.

The other leg that sustains Morales is his popularity in rural areas. “The peasant vote is almost 100 percent to Evo and in Bolivia it is very important, because about 40 percent of the voters are in the rural area,” the analyst adds.

But Morales is no longer as popular as before. His decision to insist on a fourth term, despite the fact that the Constitution, which he promoted a decade ago, prohibits being president for more than two consecutive terms, is making a dent in his candidacy.

Above all, after the Aymara leader lost, in February 2016, and by a small margin, a referendum with which he intended to validate, through the popular vote, his nomination for a new mandate. However, a controversial ruling by the Constitutional Court in 2018 allowed his candidacy, appealing to his Human Rights.

“Without a doubt that fell very badly in the vast majority of the Bolivian population, since it is perceived that the sovereign vote is not respected and that the signs of authoritarianism are becoming stronger. Failure to recognize the results of the referendum is the drop that exceeds the glass and that causes the MAS to lose half of its faithful militancy, its hard vote, “says political analyst Jorge Dulon.

“Morales is also criticized for a public administration permeated by corruption scandals and the undeniable presence of the drug trafficking tentacle, as well as situations of excessive, if not abusive, use of authority, and control and interference in the organs of power of the State “, analyzes Ludwig Valverde, president of the Council of Political Scientists of La Paz. 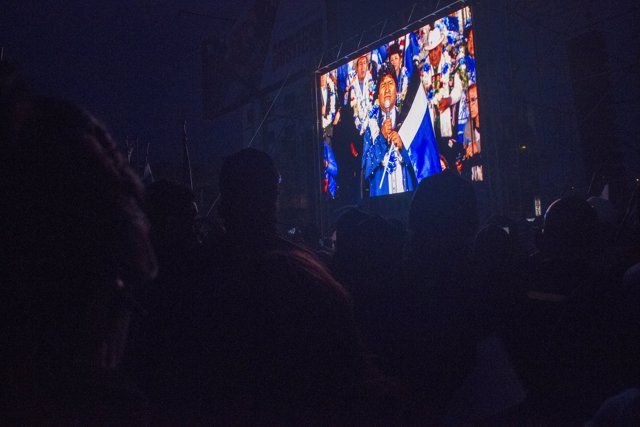 Also the recent fires in the Bolivian Chiquitania, which would have ended with more than four million hectares, according to the Friends of Nature Foundation (FAN), are taking their toll on Morales, especially after the modification of a decree, in July, which ended up authorizing the clearing of land in two affected departments.

Both the fires, and the decision to build a highway through the indigenous territory and national park of Tipnis, have confronted the president with various sectors of the Bolivian native peoples.

“A good part of the indigenous leaders are against Morales. Not so the peasants, and it is an important difference. Indigenous people are not equal to peasants. In racial and language terms they are the same, but the peasants produce for the market and the natives for self-consumption. Peasants live on the edge of cities and indigenous people in their communities. And Morales is a peasant leader, not an indigenous leader. He never was, and this tension is clear today, “says analyst Torrico .

Several recently published polls place Morales about ten points behind his rival, the opponent Carlos Mesa, but without enough votes to avoid the second round. The first indigenous president faces the most uncertain elections since 2002.

New York Department of Financial Services superintendent Maria Vullo defended her office’s approach to regulating cryptocurrencies on Thursday. Speaking at the Council on Foreign Relation’s “Legal Tender? The Regulation of Cryptocurrencies” panel in New York on Wednesday, Vullo said that her view is “regulation in this space, just like any space where you have money…

Two NHS patients’ relatives tell us about their experiences both inside and outside A&E departments this winter. BBC analysis shows that more than one in eight patients rushed to hospital in an ambulance this winter has faced a delay of more than 30 minutes on arrival. Doctors warned the delays put patients at risk, as…

Jeanine Áñez, decorated by the Armed Forces – TWITTER / @ JEANINEANEZ MADRID, Nov. 27 (EUROPE PRESS) – The Bolivian Armed Forces have recognized Jeanine Áñez as constitutional president, in a solemn act in which the former vice president of the Senate has also received the rank of captain general and the order of the…

Image copyrightGoogleImage caption Mike Hodge and his wife Chrissy founded the animal sanctuary in 2010 A British wildlife park owner is recovering in a South African hospital after being mauled by one of his lions. Mike Hodge, 67, suffered neck and jaw injuries in the attack at the Marakele Animal Sanctuary in Thabazimbi. A video…

Police were called to Bartholomew Road in the Kentish Town area of Camden at about 8.30pm on Tuesday, where a male – named by his family as Abdikarim Hassan – was found with multiple stab wounds. The 17-year-old, who came to the the UK from Somalia when he was two-years-old, was pronounced dead at the…