The tech giants, today compete on a horizon that would turn more than one to the sky: companies rival incarnate for taking over the cloud computing.

We are currently in the era of technological wars that occur on the web, events that could only be explained by a programmer who speaks in Java. Given this context, it is representative to know that the technology giants, Amazon , Google and Microsoft , today compete on a horizon that would make more than one flip to the sky: companies rival incarnate for taking over cloud computing.

On a digital level, there is no business with the ability to grow cloud computing. The investment in the item went from 78 billion dollars to more than 107 billion from 2018 to 2019, according to Canalys .

Since it was put to the test, cloud computing showed companies that outsourcing much of their technological infrastructure gave more than one advantage: it frees up the physical space that their servers occupy, saves on maintenance, leaves their information in good hands and data, and, as a result, companies focus efforts and redirect investments to issues of greater business impact.

The Mexican firm of Artificial Intelligence, NDS Cognitive Labs, has listed some of the benefits of cloud computing in more tangible terms:

Regarding this last point, Verizon has highlighted that 77% of companies believe that these infrastructure services offer a competitive advantage, while 16% say that it is a significant strength for the business. 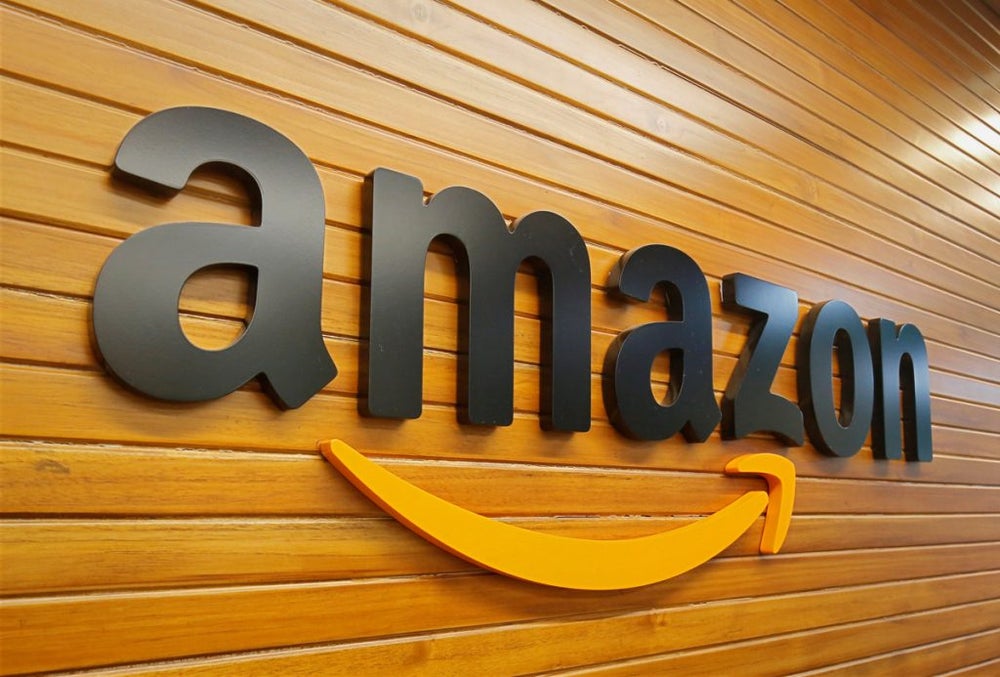 Amazon reigns in the skies …

While Amazon is a world-renowned company for leading e-commerce in the western world –origining the fortune of the richest man in the world, Jeff Bezos–, its greatest profits do not come from e-commerce for a long time, but from cloud computing.

Amazon Web Services (AWS) closed 2019 with a big advantage in the global cloud computing business, according to the latest Canalys Data report. The Bezos firm had a 36% growth in 2019 with 34.6 billion dollars in revenue.

The creative firm of the iPhone is one of the main users of Amazon's cloud services, according to a CNBC report, since at the beginning of last year it represented an investment of 30 million dollars a month for those of Cupertino.

The business is not safe, as Apple has exterminated its interest in building its own data centers. With a planned investment of $ 10 trillion over five years (as of 2018), the apple firm could dispense with AWS services before 2025. 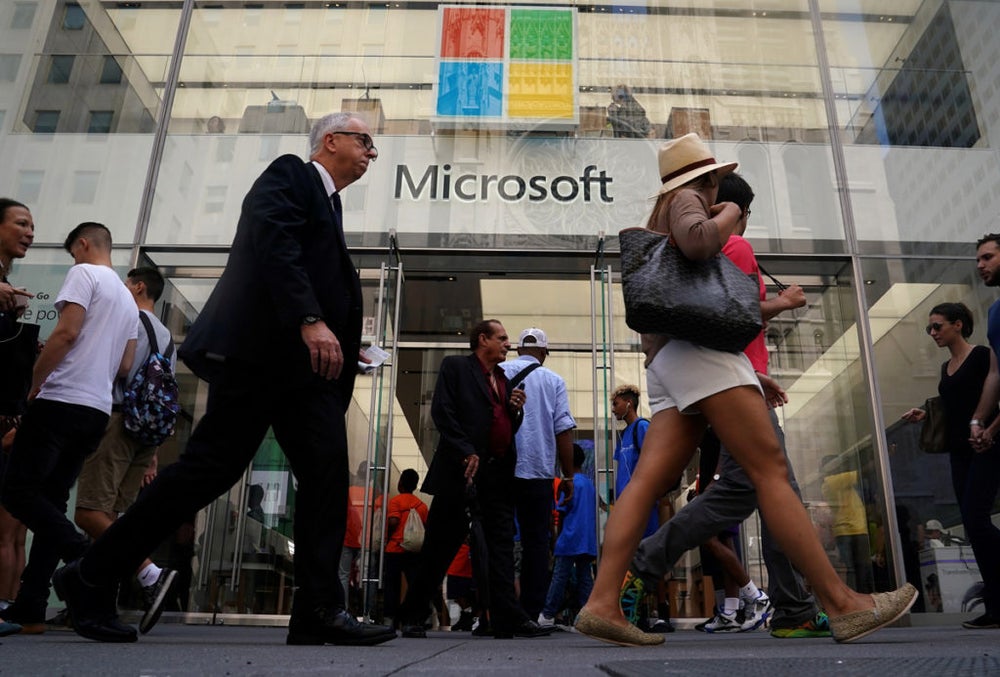 … but Microsoft wants to dispute the crown

The firm founded by Bill Gates still has a small portion of the cloud computing market: 17.6% at the end of 2019, according to Canalys, but compared to 2018, 14.5% growth is not negligible.

“ The growth rate of Microsoft Azure was higher in the quarter, as it gained strength in business accounts and benefited from its wide range of channels . It also intensified its messages to partners to bring their Windows Server 2008 information to Azure as support for the first one comes to an end, ”Canalys added in the analysis.

The company that grew the most in the last year is Google Cloud, which recorded an 87.9% increase compared to 2018 , to close with an income of 6.2 billion dollars for this service.

In recent days, Google announced a readjustment of personnel in its Cloud Computing department, in search of reaching the goal of 10 billion dollars by 2020. 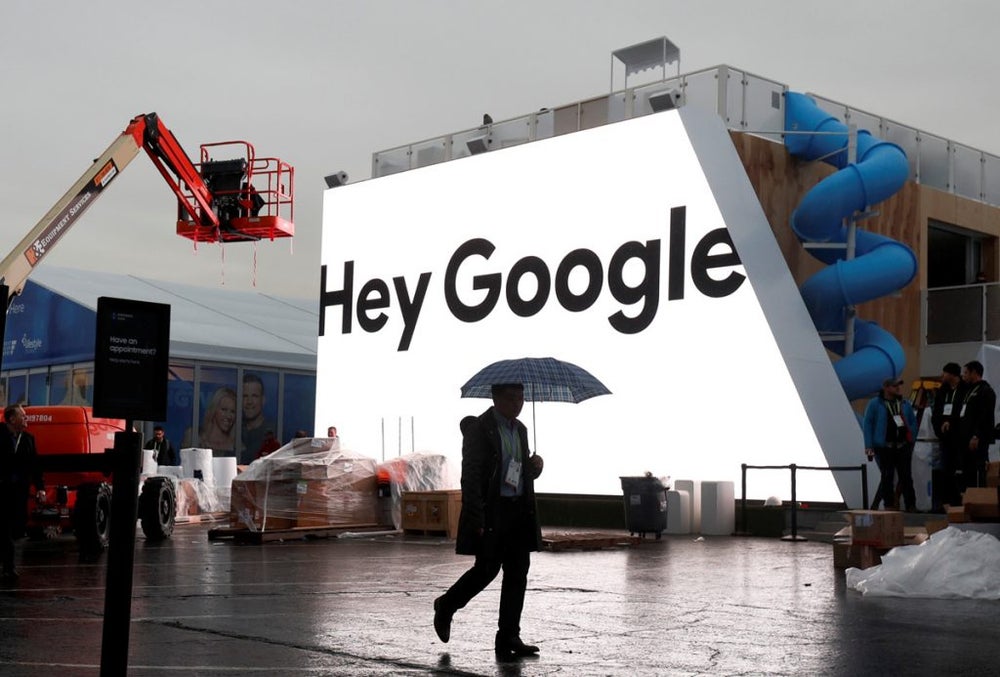 This fiscal year will represent one of the watersheds of the sector. Canalys expects a 32% growth in this business, to reach 141 billion dollars. From that point, the figure is expected to double by 2024.

After Amazon, Microsoft and Google, the fourth giant is Alibaba Cloud , a player that grew its business in the cloud from 3.2 to 5.2 billion, during the last year. The potential behind the Chinese supplier is preceded by the speed with which the Asian giant's companies scale.

To cope with the impressive competitors that have joined the race, Amazon will add new data storage centers in Europe this year , which will swell the list of 69 venues spread across 22 regions of the world .

However, with the rapid digital move that large, medium and small companies are making in search of generating more compact infrastructure, there will be enough big fish in the coming years for the giants that have taken over this market.

The battle for the cloud shows one more irony: the giants of the technological age do not fight their wars on earth, but in a 'sky' in which the only tangible thing is the billions of dollars at stake.

This information is displayed both when using the platform in navigation mode and when simply viewing the map. Read for 2 min Now you can see the traffic lights in Google Maps on an Android device As part of a pilot project, Google was shown in its app cards the traffic lights of the streets….

We’re back from the Easter break and back to routine and stress. It is a difficult time to get around the big city as there is more traffic at certain times and people are concentrated using public transport. While we cannot reduce the inconvenience that hiring certain cars can cause, there is something we can…

A software security agency detects a virus that steals your banking information after it has been active for a day and has disappeared. Read for 2 min App on Google Play with more than 100,000 downloads brings a virus that goes unnoticed The shops of Applications They do their best to be safe for all…

Jack Dorsey and Mark Zuckerberg testified for the second time in less than three weeks. 5 min read This article has been translated from our English edition. The US Congress wants Facebook and Twitter to change. But they don’t agree on how. This story originally appeared on Engadget Mark Zuckerberg Y. Jack Dorsey They again…