The former first lady of the United States Michelle Obama will come to Mexico for the second time to give a conference on April 13, 2020 at the National Auditorium.

Michelle Obama will come to Mexico for this reason

OCESA released the information through its Twitter account where it was highlighted that Obama will participate in a question and answer session. At the moment it has not been revealed who will be the moderator, but on the page of the event it is revealed that the VIP tickets will include a Meet Greet with Michelle. 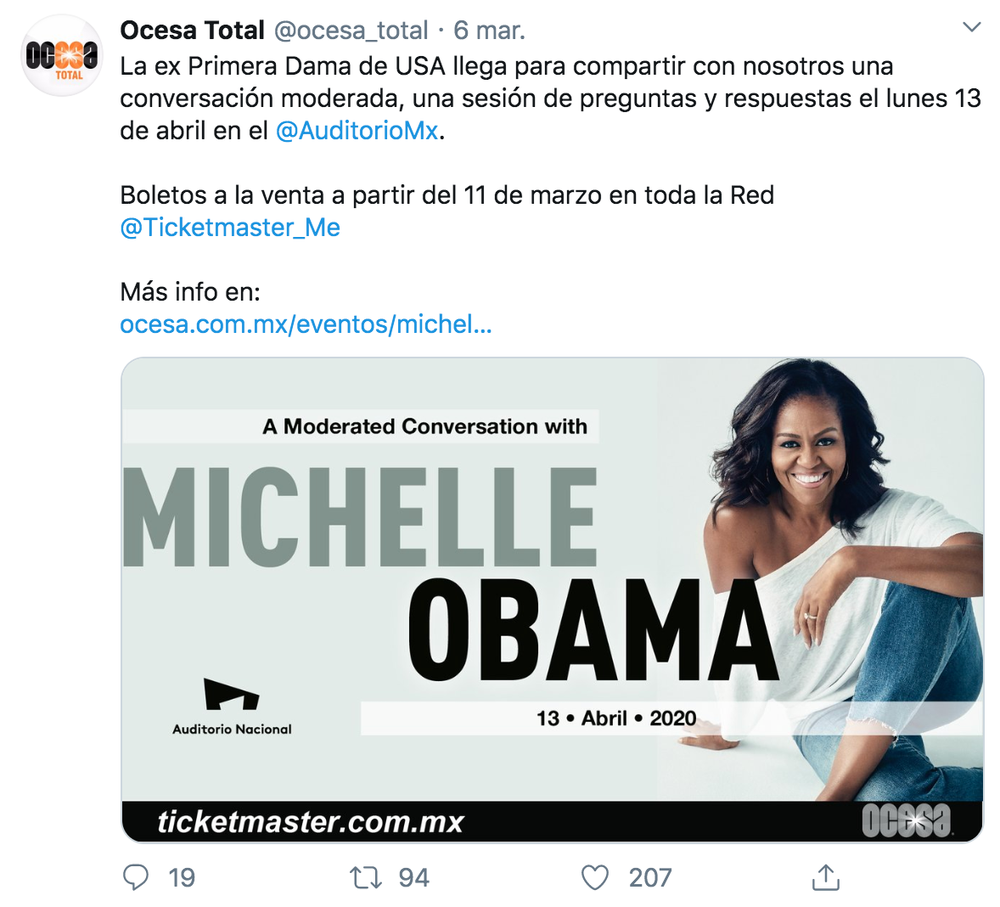 In 2018, Ms. Obama published her memoir, Becoming , which sold more copies than any other book published in the United States in 2018, achieving it in just 15 days and instantly rising to # 1 on the Most New York Times Sold, ”reads the event page .

It has not been disclosed whether former President Barack Obama will accompany his wife.

Are you interested in attending? Tickets will be on sale starting this Wednesday, March 11 through Ticketmaster .