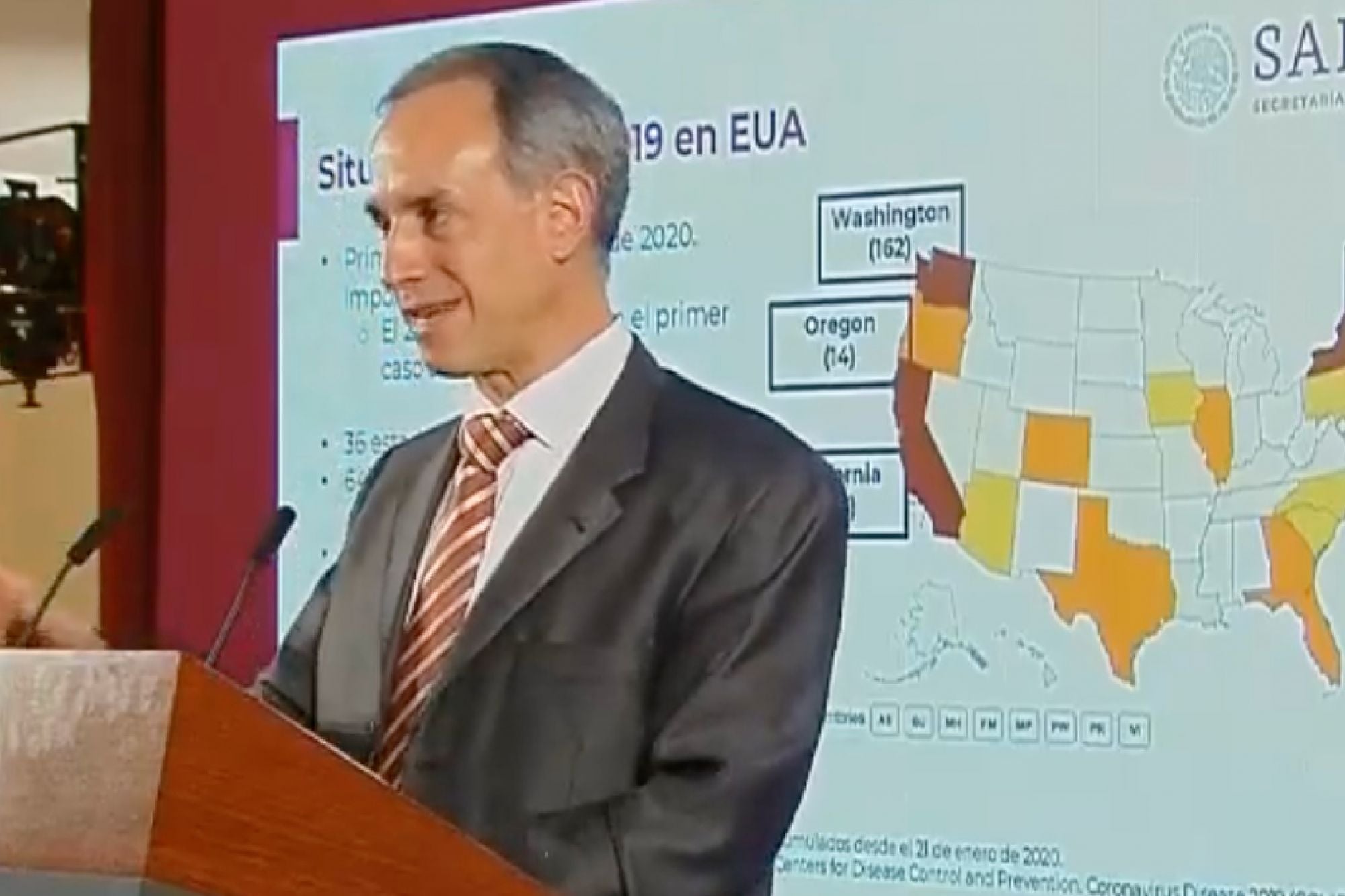 Hugo López Gatell, Undersecretary for Prevention and Health Promotion, stressed that measures will be reinforced at international airports to detect the arrival of people affected with COVID19.

Hugo López Gatell, Undersecretary of Prevention and Health Promotion of the Ministry of Health, announced that for the moment Mexico will not close its borders or restrict the arrival of international flights due to the advance of the coronavirus . However, the official stressed that prevention measures will be reinforced at international airports to detect the arrival of people affected with Covid-19 .

López Gatell reported during his participation in the presidential morning press conference that the screening will be scaled to identify people who may have symptoms early, through temperature monitoring and through symptom questioning.

“This measure is already applied from the early stages of the outbreak, but it was focused on flights coming from China and will now be expanded to flights from 10 countries with active transmission,” said the undersecretary.

It should be remembered that a few hours ago the World Health Organization (WHO) ordered the declaration of a pandemic due to the Covid-19 coronavirus in the world and the President of the United States Donald Trump ordered the restriction of the entry of flights from Europe to the Union. American for the next 30 days.

In this regard, López Gatell stressed that “it is not intended to restrict international travel to Mexico, or to close borders, or to close seaports. These measures do not have a solid scientific basis ”and on the contrary, according to the official,“ closing borders and airports usually has “very serious economic and social consequences”.

Stop wasting valuable time at your work meetings. Write down these keys to plan them and maximize the efficiency of your team. The opinions expressed by collaborators are personal. Many of us attend meetings that are not productive at all or go without knowing the reason. Unfortunately we cannot avoid them, they are important…

Guillermo Funes, President of the Concamin Health Commission, estimated that there will be massive imports of vaccines into the country by the second half of 2021. 1 min read The IP cannot purchase anti-COVID vaccines despite AMLO: Concamin’s approval The Association of Chambers of Industry (Concamin) stated that despite government approval, the private sector cannot…

The reward point blockchain platform, MiL.k Alliance, has teamed up with the Southeast Asian travel accommodation platform, Yanolja, for the compatibility and use of reward points . “Integration with South Korea's fastest growing online travel agency means Yanolja members can now connect the Yanolja app to the MiL.k app, providing the ability to earn rewards…

If you are a mother who wants to start, we bring you a dozen ideas that can be perfect for your lifestyle. The opinions of the employees of s You are personal. 1. Accompanying older adults 10 business ideas for enterprising mothers By 2030, the National Population Council (Conapo) estimates the number of older adults…

Read 6 min The opinions of the employees of s You are personal. What your kids can teach you how to be a better boss (seriously) Work with children from home poses all kinds of challenges, and it’s not just that your baby is interrupting yours video conference. There is the topic of time management,…

The social network alerted its users that some of the President’s statements about the vote by email were wrong and that their fact-checkers had rejected them. Increase your business, Not your inbox Stay up to date and subscribe to our daily newsletter now! Read for 4 minutes Twitter warns for the first time that a…