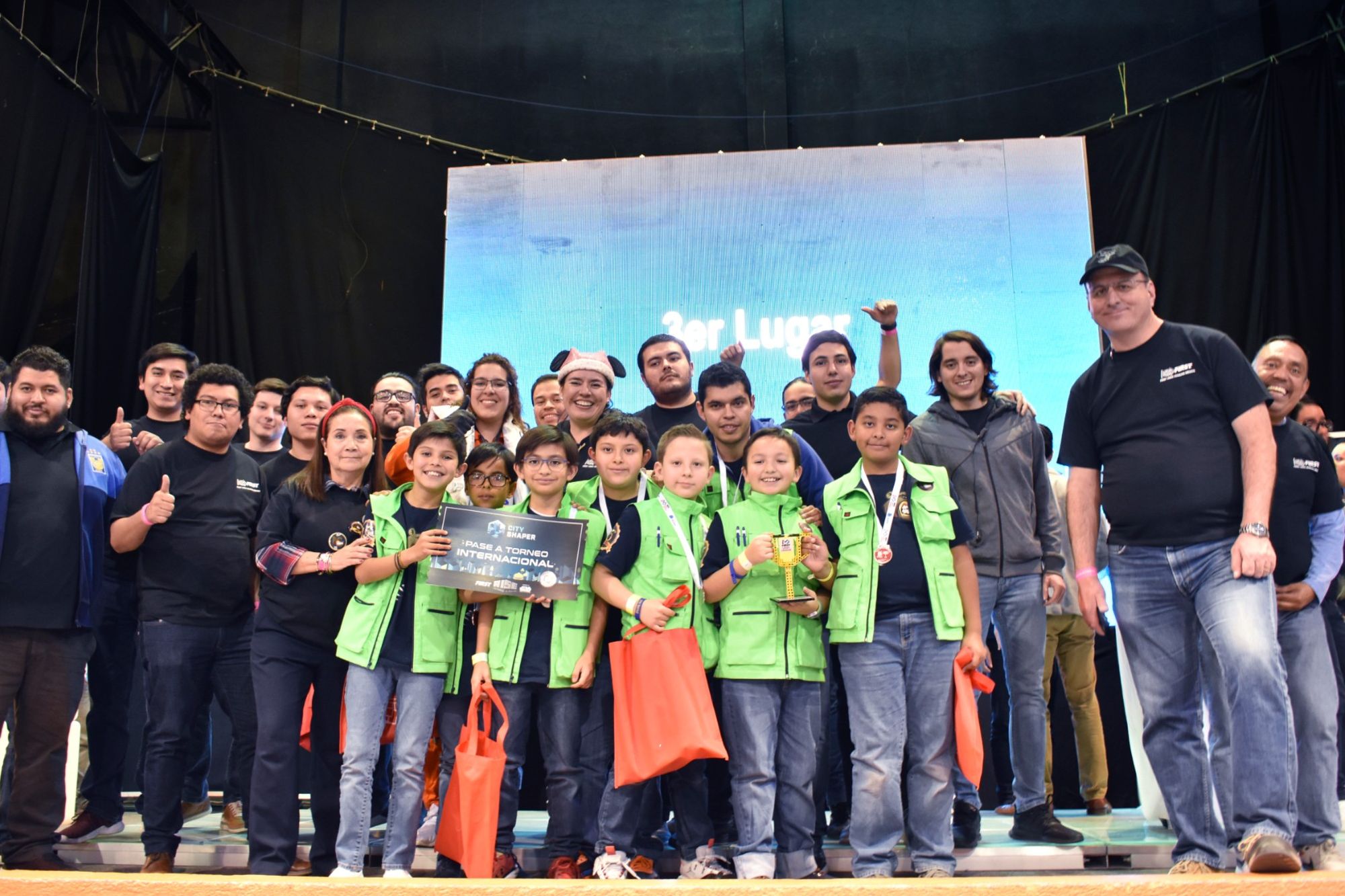 11 teams made up of girls, boys between 6 and 14 years old will represent Mexico in international tournaments that will take place in the United States, Brazil, Greece and Australia.

They go through the glass! 66 teams from 20 states of Mexico participated in the FIRST® LEGO® Leagues Mexico National Championship, which was held last February 29 in Monterrey. In the event, 11 teams were selected to represent the country in the international tournaments of the largest robotics community internationally.

“We are excited about the great growth that robotics has had in Mexico thanks to the FIRST LEGO Leagues programs; 11,000 students who made up more than 1,100 teams participated in this season, equivalent to double the previous edition. In addition, the percentage of girls' participation is increasing, this is essential to boost gender equity in STEAM issues in Mexico and the world, ”said Roberto Saint Martin, Director of RobotiX Foundation.

In this edition, the Tecnolorians team of the Tecnobotics Organization of Puebla, became the National Champion, so he obtained the pass to the World Festival Championship to be held in Houston, Texas from April 15 to 18. The Nucleolics team of High School No. 12 “Heroes of Independence” of the State of Mexico, became the Runner-up and will participate in the   FIRST® LEGO® League Open International SESE in Rio de Janeiro, Brazil.

The other winning teams   They are invited to participate in the friendly tournaments to be held in Greece, Brazil, Australia and the United States. In addition, some teams will have the opportunity to travel to compete in the corresponding international tournaments with the support of Disney.

This event was organized by FIRST® and RobotiX Foundation, with the collaboration of The Walt Disney Company Latin America, LEGO ® Operations of Mexico, PrepaTec and John Deere MX.

If you want to be successful in one Pitch with investors On the first try, learn from the beginnings of a hugely successful entrepreneur. The start of Jessica Alba, The honest companyIt’s a real success: in a year when many companies struggled, it generated around $ 350 million in revenue, but venture capitalists initially turned…

Are you thinking of buying a house or apartment in CDMX to put it up for rent? April 9, 2020 4 min read The opinions expressed by collaborators are personal. Buying a house: everything you need to know before deciding Renting is a practical option for many people, especially in CDMX. Around the city…

Liverpool, Best Buy and Librerías Gandhi began to gradually reopen their business with the measures ordered by the federal government. Increase your business, Not your inbox Stay up to date and subscribe to our daily newsletter now! Read for 3 min The reopening of department stores begins in the “new normal” This story originally appeared…

Last Thursday, Burger King took a stand in the chicken sandwich war. On June 3, the grill burger chain tweeted that for every Ch’King chicken sandwich sold during Pride month, it will donate to the LGBTQ human rights campaign. The brand mentioned that the offer would be available “also on Sundays” and referred to the…

In addition, the technology company’s smart refrigerator will sync with other devices to send cooking instructions. 2 min read This Samsung refrigerator suggests cooking recipes, plans your diet and even does grocery shopping Thanks to technological advances, intelligent devices have increasingly integrated into our daily lives. This is the case “Family Hub”, the new refrigerator…

The opinions of the employees of You are personal. From what we see on TV, on the internet and on our social networks, this is Startup founder They are young men who live in Silicon Valley. According to various studies, the average entrepreneur opens his first business at the age of 40. The Kauffman…