Conventional evidence suggests that serious entrepreneurs evaluate investment opportunities based on their potential, not the person behind the company. The goal should be to make a profit, so gender preference or identity should be the least of an investor’s concern, right?

Unfortunately, this doesn’t seem to be the case in real life. There are proven stories of LGBTQ individuals claiming to have been ignored, shunned, and singled out by potential investors because of their gender identity or clothing. Their lifestyle and relationships are frowned upon by extremist conservatives.

Should this be a problem?

Some will be quick to argue that gender identity shouldn’t be a factor in corporate finance. Startups founders or entrepreneurs are not required to disclose this every time they participate in fundraising drives.

As technology entrepreneur Bobbie Racette announced, one investor strongly suggested that her sexuality was irrelevant. “You don’t have to tell us you are LGBTQ. We can just leave that out of your presentation,” he recalls of an investor who told him.

However, some instinctively feel the need not to face the problem. They fear that their identity could lead to a setback in their plans and expectations. They fear that they will disappoint the people who are counting on them to start a viable business because investors have no interest related to their homosexuality or transsexuality, for example.

Kristina Flynn, co-founder of the nonprofit data collection and management company jiiWA, says LGBTQ entrepreneurs tend to hide their identities in a competitive environment. “We have to think about how we are going to present ourselves. I almost have to do a cost-benefit analysis, ”explains Flynn.

This is not unusual. When startups compete for funding, they try to avoid mistakes that could go against their brand or business. They may not like conservative retail investors or institutional investors, but they know they can be potential sources of funding. In a way, they are willing to sacrifice their pride in who they are for the sake of their business and the people in it.

Yes, no one is forcing you into this dilemma, but it is inevitable for anyone who understands the reality of modern society. There is still a significant backlash against normalization in the LGBTQ community.

What the opposing views claim

Those who believe that investors do not discriminate against LGBTQ entrepreneurs are likely to say that there have been no studies specifically looking at potential discrimination. Therefore, it would be unfair to say that certain startups have not received funding because their founders openly identify as gay, lesbian, transgender, bisexual or queer. 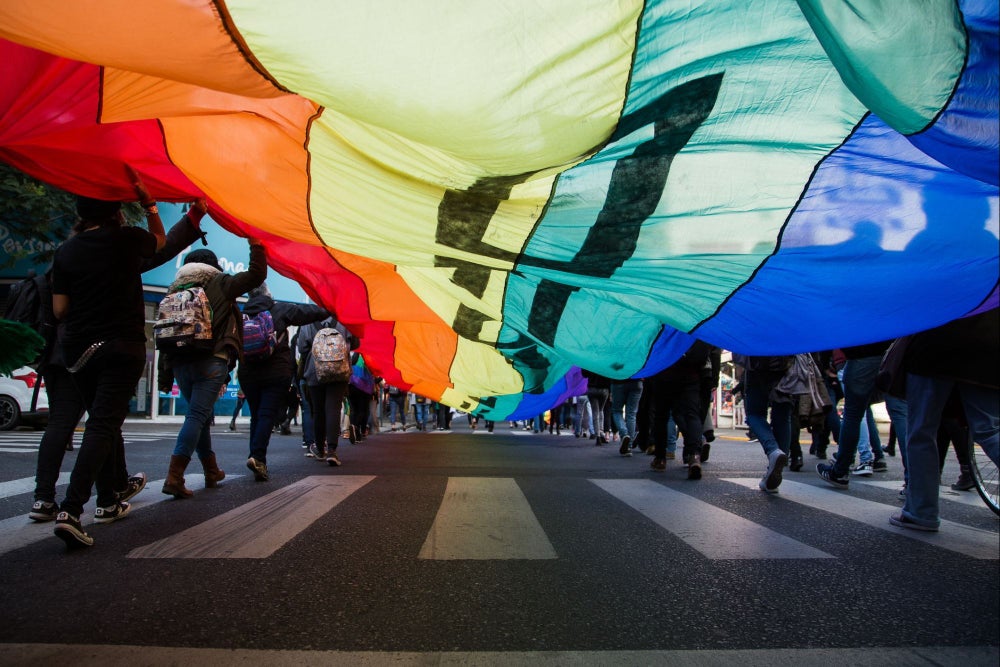 Well-known New York technology entrepreneur and startup consultant Arie Abecassis identifies several factors that investors research before investing, and none are related to the gender identity of the business owner or startup founder. According to Abecassis, investors consider market opportunities, executability, business traction, investor relevance and the x-factor. It would be difficult to find an expert to claim that investors view gender preference as the main deciding factor when investing.

Some might say that the LGBTQ factor is part of the x-factor, but it would be pretty far-fetched. As Abecassis explains, “there is always a click between an investor and a founder that influences the investment decision.” This can be an affinity that arises from common backgrounds or interests between investors and the founders of new companies.

In other words, the factor x is mainly only evaluated in a positive context. For example, LGBTQ investors are likely to support a startup run by someone from their common community. It’s not that investors specifically ask about a new business owner’s sexuality to avoid investing if the business owner is gay or queer.

The investment data would show that LGBTQ entrepreneurs are actually not getting that much money. Venture capital firms invested more than $ 1.5 trillion globally between 2010 and 2019, but less than 1% of funding deals go to LGBTQ entrepreneurs. However, critics would point out the statistical irrelevance of these numbers. The argument: Perhaps only 1% were identified as founders of LGBTQ startups because only a few identify as LGBTQ. “There is no way of knowing exactly how many small businesses in the US are owned or operated by LGBTQ + people,” said an article by .

Neither study specifically looked at the decisions made by investors when they were clearly briefed on the facts about the sexuality of the founders of the startups they were interested in. There are no scientific numbers that allow a comparison of investor sentiment between apples and apples when dealing with LGBTQ and non-LGBTQ entrepreneurs.

Venture Out, an organization founded to bring LGBTQ entrepreneurs and tech professionals together, highlights the lack of LGBTQ representation in venture capital companies. “Venture capital has long been a very specific demographic type,” says Danielle Graham, one of Venture Out’s industry liaisons. “When decisions are made without representation (LGBTQ +), the chances that they can relate to these people are very small,” adds Graham.

Venture Out believes the discrimination against LGBTQ entrepreneurs in providing financial assistance is real, given the many anecdotes shared by those who have encountered the problem firsthand. Because of this, the organization presented founder, a six-week program that provides mentoring, education, and exposure to venture capitalists and angel investors.

Kristina Flynn, a participant in the start-up program, is convinced of the discrimination against LGBTQ entrepreneurs. As mentioned earlier, she is a victim of discrimination. While lacking hard facts and statistics, Flynn cites investors’ use of pattern matching.

According to Flynn, this pattern comparison leads investors to mainly bet on “straight white men”. This is because it is often those who tend to succeed as noted by previous patterns.

Another founding participant, Yangqi Xu, believes it is a muscle memory to hide their true identity. This is especially true when communicating with investors from countries known for rejecting LGBTQ identity. They feel helpless trying not to give potential investors a reason to turn their backs or to reconsider their decisions.

If discrimination against LGBTQ entrepreneurs were unrealistic, no investigation and discussion of alternative financing options for LGBTQ entrepreneurs would have been necessary. Arguments from opposite angles make sense, but they don’t believe in the reality that LGBTQ people inherently feel pressures to adhere to established norms. The current paradigm of investing in startups still has opportunities to evolve – and is evolving into an era in which people can be judged based on their values ​​and visions.

The high level of surveillance carried out in China means finding out if you have been in contact with someone infected with coronavirus, a relatively simple task. February 13, 2020 3 min read This story originally appeared on PCMag China’s coronavirus application knows if someone is at risk of infection With more than 1,000 deaths,…

As more and more countries try to ease stringent quarantine restrictions, problems arise in managing social distancing in public places to mitigate the risks of a second wave of infections. GUTS , a Dutch blockchain ticketing company, revealed on April 22 that it has devised a digital access system to regulate crowds and demographics in…

According to the company, this initiative will impact more than a million Mexicans. March 24, 2020 2 min read All against the coronavirus. Grupo Modelo joined the fight to combat the spread of COVID-19 , the company   will donate to the IMSS Foundation, AC . 300,000 355ml bottles of antibacterial gel, produced with the…

This allows customers to choose the furniture with the ideal spaces for their consoles. 2 min read The image of the counterfeit devices was published on Twitter and in Reddit and user feedback has been very positive. IKEA makes PS5 and Xbox Series X models out of cardboard so users can choose the right furniture…

How to unlock your brain and let ideas flow? We give you some tips. Does working as a team help ideas come true or just the opposite? The answer includes both scenarios. On the one hand, an isolated idea can take shape with the help of other people. In this sense, “two heads think more…

Amazon Now you can monitor your dreams. Well, something like that. As reported Bloomberg, the company received permission from the Federal Communications Commission (FCC) to develop a device that could monitor people’s sleep with radar. The FCC-approved document states that Amazon’s new device will “planet, harness the radar’s ability to detect movement in three-dimensional space…