Latin America has lived one of its most turbulent years since the democratic restoration that ended the military regimes initiated in the 60s and 70s. This time, the protagonists have been anonymous citizens who have taken to the streets with demands of all kinds , displacing star characters like Juan Guaidó.

In the early days of 2019 it seemed clear that Venezuela would continue to dominate the regional scene. On January 23, an unknown Guaidó – even for Venezuelans themselves – proclaimed himself “president in charge” of the country with the stated objective of preventing Nicolás Maduro from completing the second term for which he had taken office on January 10.

Guaidó shook a political landscape that had stagnated after the collapse of the dialogue in the Dominican Republic and the 2018 presidential elections, opening a new solution that immediately sought the support of the entire Venezuelan opposition and a large part of the international community, with United States, almost all Latin American countries and numerous Europeans, including Spain.

In a few frantic months, he managed to get his international partners to send humanitarian aid and tried to enter Venezuela through Colombia; he sent 'ambassadors' where he had been recognized as a legitimate president; and, at the high point, on April 30 he captained a military coup that failed but allowed the prominent opponent Leopoldo López, now a “guest” to be released at the Spanish Embassy in Caracas.

Without 'de facto' power, Guaidó embarked on the fourth negotiations with Maduro since the death of Hugo Chavez in 2013, who were shipwrecked – according to later accounts – by US sanctions. Since then, Venezuela suffers another 'impasse'. The only trick is an agreement between Maduro and the minority opposition that has led to the release of political prisoners and the return of the 'chavistas' to the National Assembly and aims to renew the National Electoral Council (CNE).

Guaido himself is aware that he has not fulfilled expectations. “Like many of you, by this time I also hoped we had achieved the cessation of usurpation,” he confessed in a speech delivered on December 11, in which he summoned the entire Venezuelan opposition to set a 'road map' with the that evict Maduro de Miraflores in 2020.

However, there are more and more voices that question Guaidó's leadership. According to the United States special envoy for Venezuela, Elliott Abrams, 'Chavismo' would be using opposition fissures to prevent the “president in charge” from being re-elected on January 5. If Guaidó loses the Presidency of the National Assembly, he will also lose his legitimacy as interim president. 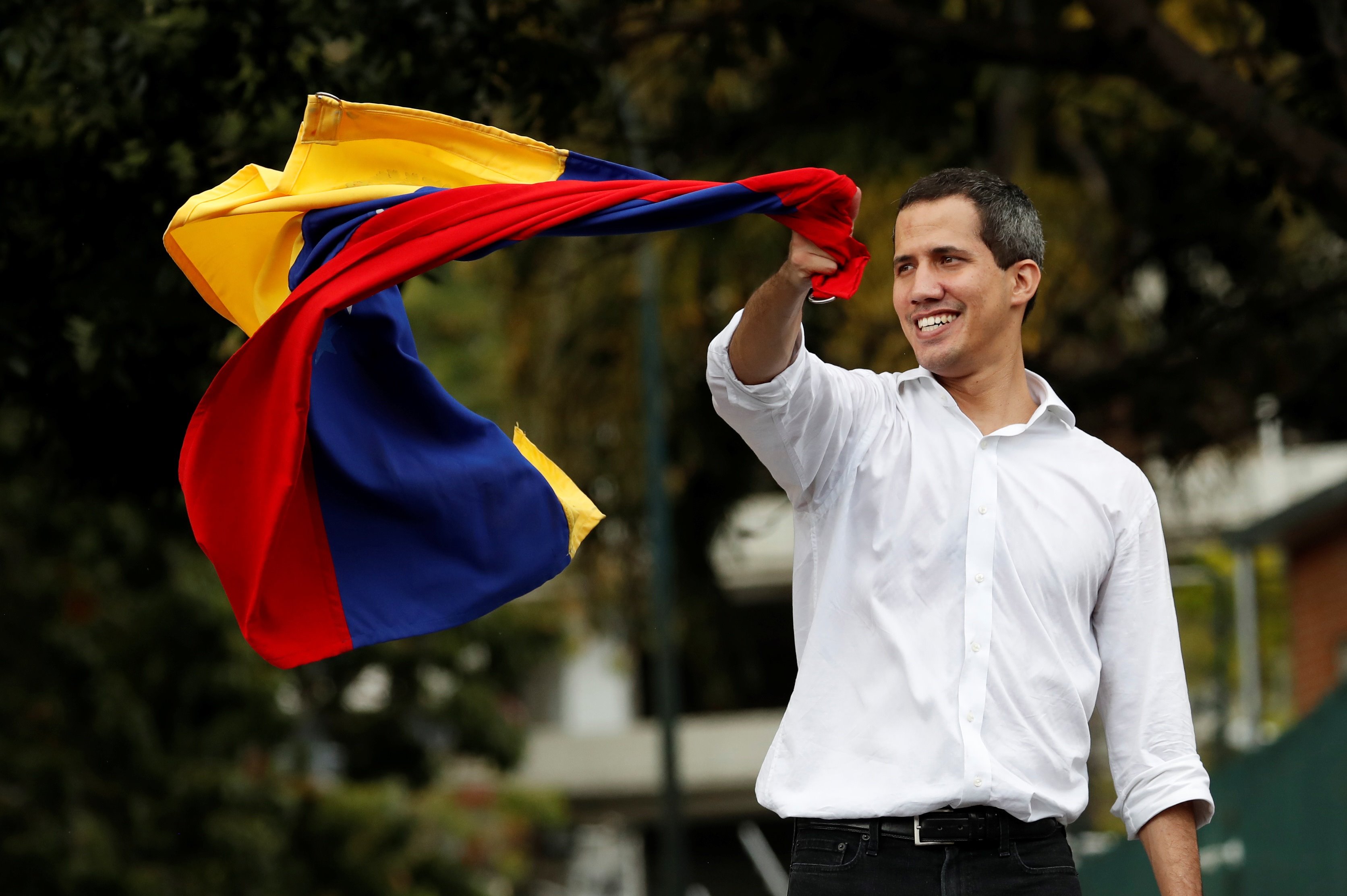 PERU AND ECUADOR AS AN APPETIZER

Once the Venezuelan effervescence has been overcome, the second half of the year has been marked by social protest. Peru kicked off last September when Congress refused to approve the political reform promoted by the Government of Martín Vizcarra, precisely, to fulfill the promise he made to the protesters who took the streets the year before because of the scandals of corruption

The Legislative and the Executive gave a pulse that caused the brief dismissal of Vizcarra for “moral inability” to hold office, a change of prime minister and a functioning Congress that tried to take power, although military, police and protesters aligned with the Government and forced the return to a 'status quo' – except for former Prime Minister Salvador del Solar – to be resolved with a parliamentary election on January 26.

Ecuador picked up the witness from Peru the same September. The president, Lenín Moreno, announced a 'package' with the economic adjustments required by the International Monetary Fund (IMF) in exchange for an injection of 4.2 billion dollars that included withdrawing fuel subsidies. Transporters and students were the first to demonstrate, but they were quickly joined by the indigenous movement, which ended up leading the protest.

Ten people died from clashes between protesters and security forces over two weeks of protests that reached such virulence that forced Moreno and his team to temporarily move the headquarters of the Government from Quito, the Ecuadorian capital, to the coastal city of Guayaquil The tenant of the Carondelet Palace backed down and sat down with the natives to negotiate a new 'package'. 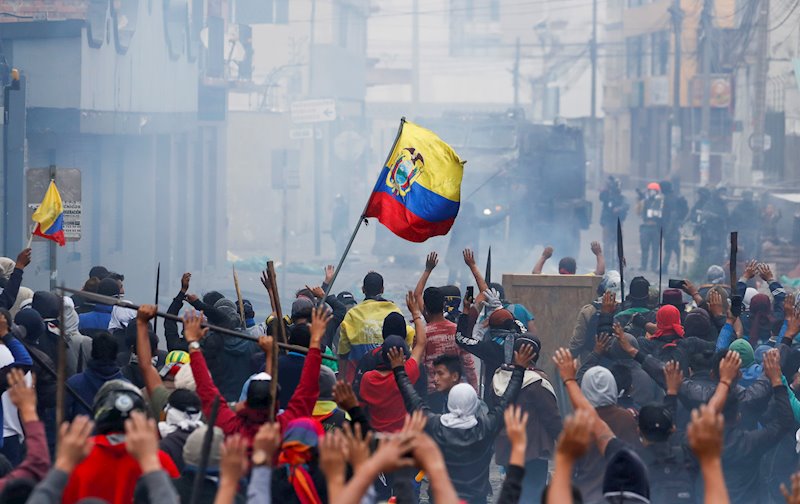 CHILE AND BOLIVIA, THE MAIN DISHES

Chile exploded on October 17. The trigger was the fourth increase in the price of the Santiago Metro in a short time, although popular mobilization grew to infect other cities such as Valparaíso and Concepción and demand a constitutional change to end social inequality.

The president, Sebastián Piñera, reacted by declaring a state of emergency, which led to a military deployment. More than 20 people died in the riots and serious human rights violations were committed, including torture, as reported by the UN and NGOs. In the end, Piñera admitted the “error”, apologized, remodeled the Government and announced a “social agenda”, although only a constitutional process has calmed the Chileans.

Bolivia is the country where protesters have made the biggest change. Evo Morales resigned on November 10, after the electoral audit of the Organization of American States (OAS) confirmed “irregularities” in the elections of October 20. The indigenous leader fled to Mexico, where he spent almost a month, until in December he arrived in Argentina, where he intends to remain as a refugee.

Marches for and against Morales and clashes between protesters and with security forces turned cities like El Alto into battlefields. More than 30 people died. The former Bolivian president says he resigned from the Burned Palace to avoid a bloodbath, so he feels he is the victim of a “coup d'etat.”

Jeanine Áñez now occupies her place, widely questioned because she did not respect the succession procedure that placed her on the cusp of power since her former position as Vice President of the Senate. Morales' MAS and the new ruling party have reached an agreement in the Legislative Assembly to hold other presidential elections in 2020, with an express veto to the leftist politician, who will limit himself to directing the campaign from Buenos Aires. 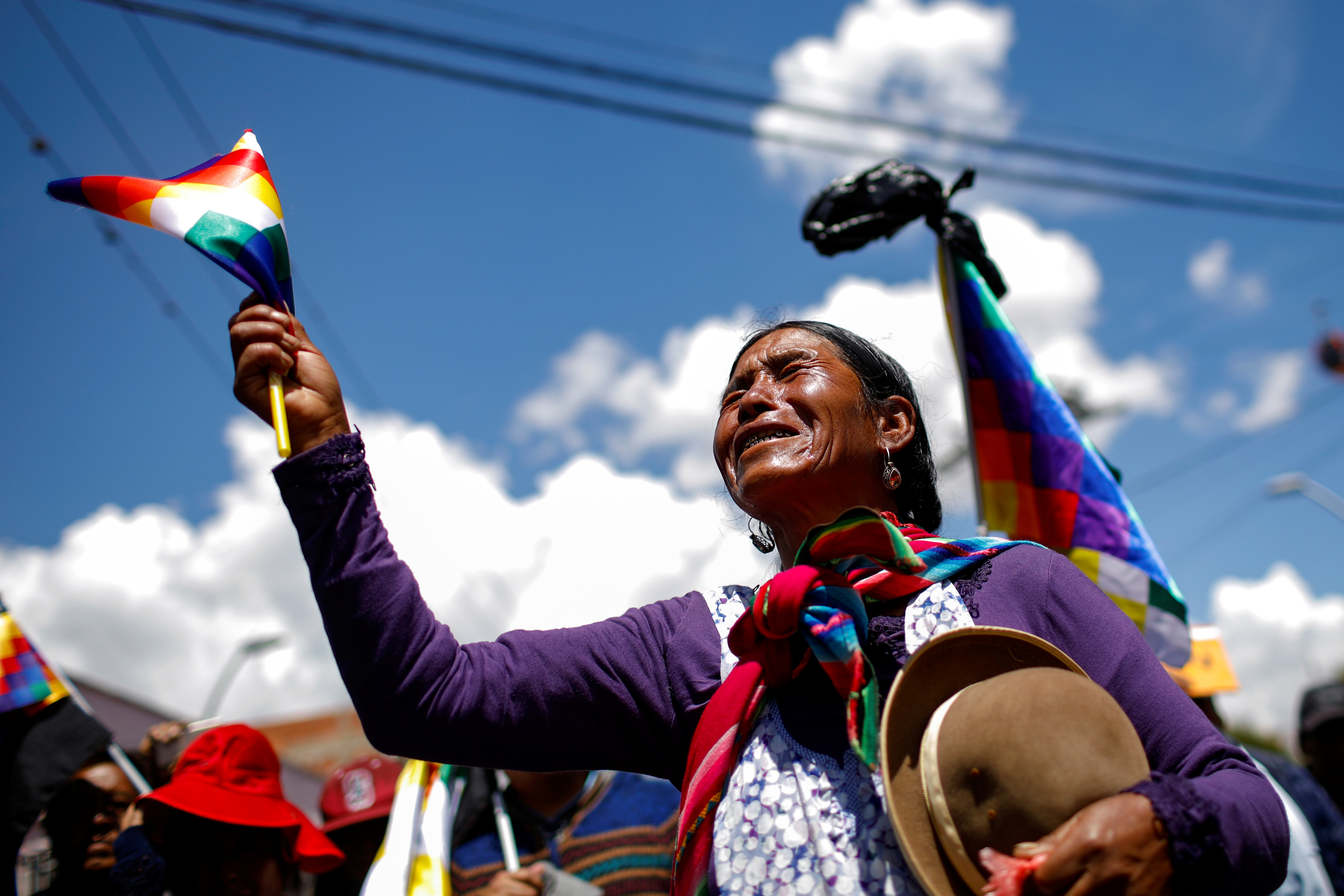 Colombia joined the wave of protests on November 21. The Colombians went on strike with a myriad of demands that ranged from the fulfillment of the peace agreement with the FARC to labor improvements or anti-corruption laws. Dilan Cruz, an 18-year-old boy, died days later when he was hit in Bogotá by a stun grenade from the Police, becoming the icon of the mobilization against the Government of Iván Duque. At least two other people have died.

Duque offered a “great national conversation” that would cover all sectors of society to forge a new pact between Colombians. However, the Paro Committee claimed exclusivity in the negotiations and the Casa de Nariño relented. Since then, Colombia has regained a normality that is characterized by the violence that resurfaced after signing the peace in 2016 and has already claimed the lives of more than 700 activists and at least 147 former guerrillas.

With all this, 2020 is configured as a key year to quell the open polvorines in 2019, with special attention to the fierce Venezuelan crisis, the new Constitution of Chile and the electoral process in Bolivia.

Bobbie Gordon initially thought the supermarket had made a typo when it had sent the bill via email – not least because the piece of fruit normally costs 11p. But her credit card company then texted her to say her balance had exceeded £1,000. Thankfully, the lender’s fraud team blocked the payment from going through….

Gavin Williamson said if there was ever any doubt over the threat posed by Moscow “we only have to look at events in Salisbury, where our Armed Forces, including the RAF, have been responding to a cold-blooded chemical attack”. Theresa May has said it is “highly likely” Russia was involved in the attack which targeted…

A US Navy ship during an operation (archive photo) – REUTERS / HANDOUT. – Archive MADRID, Nov. 22 (EUROPE PRESS) – Chinese authorities urged the United States on Friday to stop “provocations” in the South China Sea after two US Navy ships sailed near the Paracelsus Islands. China urges the United States to end the…

Venezuela’s executive vice president, Delcy Rodríguez, has announced a month-long extension to the coronavirus-raised alarm that has already caused 8,803 infections in the country. Regarding the deaths, there are three new deaths that add a total of 83 dead victims of the virus, two in Zulia state and one in Bolívar state. In addition, Rodríguez…

Media playback is unsupported on your device Media caption‘Anyone can jump in and design something really quickly,’ says Melanie When a 22-year-old Melanie Perkins nervously pitched her start-up idea to a Silicon Valley multi-millionaire she followed a novel if somewhat risky tactic. The university drop-out had flown all the way from her home in Perth,…