Tijuana gave the world the Caesar salad and is now trying to supply The dog, a Brava sauce, which is handcrafted from the emulsion of Chiltepin, Habanero, other Chilis, 26 spices and spices from all over the world.

The secret recipe was born 60 years ago by the Naranjo family, who owned a small grocery store where the sauce was made as a snack spice. Then it was inherited from subsequent generations until 2014 Luis Naranjo, Grandson of the creators, decided to wrap it up and market it as La Perrona to take it to more houses.

This spicy Tijuana sauce currently has four presentations: Chiltepín (ideal for snacks), Habanero (for roast beef), Green Habanero (for hamburgers) and Black (for seafood). It is distributed in more than 4,500 sales outlets; It is in all supermarkets in Baja California, Baja California Sur, Chihuahua, Colima, Sinaloa and Sonora. In addition, marketing began in all Walmart units in the country this month. Luis belongs to an entrepreneurial family. His parents founded Wichos Seafood, Tacos Cheves, A Baja-style restaurant where he started working when he was 14 and from then on had big dreams. “My father taught me that we always believe in our dreams and have to do everything we can to make them come true. One of them sold a product of mine in supermarkets. Thanks to the great team and my family, we did it today, “he says.

He admits that his family took part in the business, even though he was the one who founded La Perrona. Your father with his advice and experience; her mother with the feminine touch and her great flavor and her sister with her creativity.

Although he studied industrial engineering and has certifications in Green Belt Six Sigma and Lean Manufacturing, Luis was the most passionate in the business. Remember that he spent up to 16 hours in the restaurant on days to help with daily chores or focus on sales. His commitment was so great that in 2007, when he was 28 years old, he took over the entire facility and was able to multiply it by opening two more units and a food truck.

Thanks to Wichos, he started to position his sauce with customers. Luis attributes this to the fact that it is made using a handcrafted process that is made at home and that it has the perfect balance between thickness, taste and itching. “La Perrona is like Tijuana: a mixture of culture and diversity that integrates ingredients from all sides, such as Chiltepín from Sonora. the Habanero from Yucatan and various spices from all over the world. It is a risky product that was built with tenacity and labor, “he says.

The brand has strong local roots, explains the entrepreneur. “I think it’s something very cultural. What is very well done or tastes very good is a little dog. The name was born from the same comments people made about the product. They said: “Give me this little sauce, the spicy one, the good one”.

The brand’s image also has a very local quality, but Luis comments that acceptance has been high worldwide. “The first division football team is represented on site by a xoloitzcuintle dog, a characteristic that connects our product with the hobby and creates a sense of belonging.”

The story started with 500 pesos and the kitchen of Luis’ mother’s house. There they locked themselves in with his father and a friend to prepare the sauce with two mixers and the ingredients. “I’ve always been very self-taught and when I’m passionate I don’t stop,” he says.

He admits that he has seen many YouTube tutorials to learn more about packaging processes and natural preservatives.

To get the exact recipe for making the sauce in large quantities, he worked continuously for over a week. He was so enthusiastic about the idea that he even went to the office with his blender, where he did administrative and accounting work for the restaurants.

It was later installed in an accessory in his mother’s garage, which became his warehouse and production center. He would be there for three months and three years would pass. From there it delivered the product to some fishmongers and consumption centers, its new customers. In two years six people were employed, the third was already 12, the fourth 20 and the fifth 37.

Learn on the go

Luis already had the recipe and customers looking for and buying his product, but something was missing and he had to take it off the market. The reason: it did not comply with the barcode or the hygiene and labeling requirements that a product for human consumption must have on the shelves.

“Much of the product that was already on the market had to be withdrawn until all the requirements were not met. What I’ve learned As simple as it seems, we have to look at the smallest detail and more when it comes to consumer goods, ”he says.

La Perrona already has all the regulations to operate, market and validate that the product is suitable for consumption. Luis says he has his “secret recipe” room. He assures that he loves the topic of standardization, that he already knows the production processes well and that his recipe is protected as an industrial secret.

Related: I don’t want the fame to be the first, I want the best: Xóchitl Luján

The system currently operates a semi-automatic system and three shifts work there. The production capacity is 35,000 bottles per week, so you have no problems with Walmart distribution.

Before arriving with this giant, the first chain that believed in La Perrona was Baja California Smart Final, with units in Tijuana, Ensenada, Mexicali, Rosarito, San Luis Rio Colorado, and Tecate. Then Comercial Mexicana, Calimax and HEB. 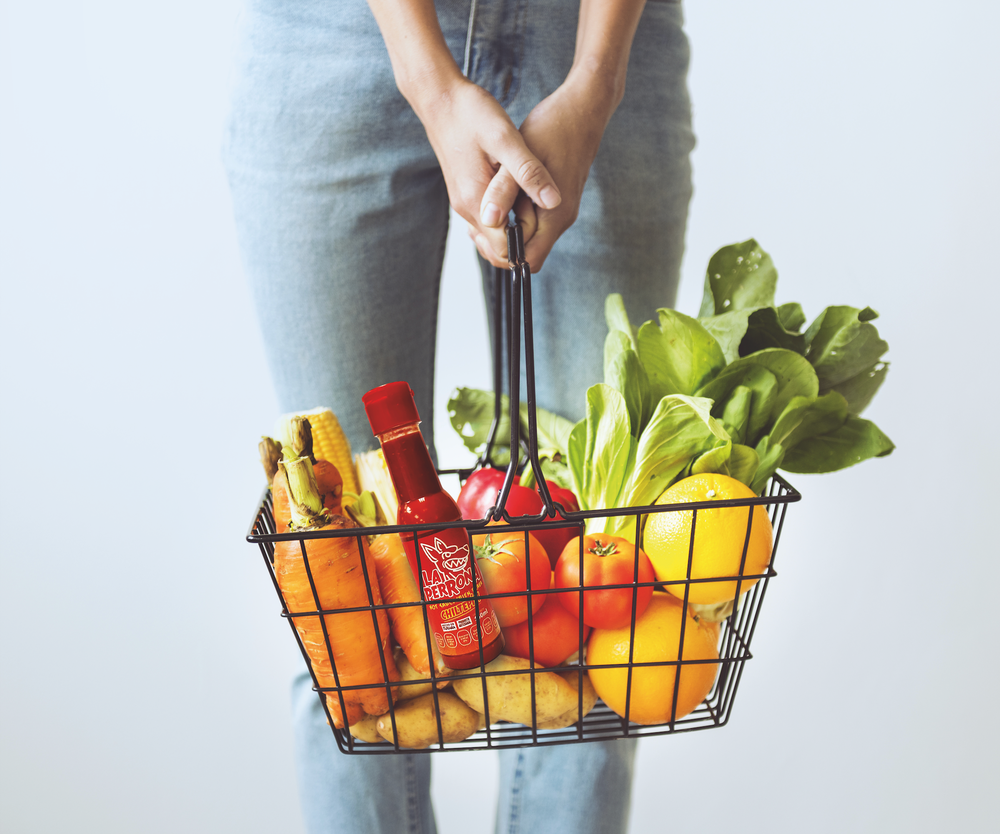 Two and a half years ago, Luis signed up to a friend’s request to join the television program Shark tank Mexico. “Before I left, I did a lot of research on the program Shark. “Rodrigo Herrera, Arturo Elías Ayub and Carlos Bremer wanted to invest in their product. To the surprise of many, the entrepreneur declined the offer. The reason was that they wanted 49% of the company.

From that moment on, La Perrona received offers from more retail chains. Oxxo, 7-Eleven and many others went to see him. Thanks to this, he was able to enter Chihuahua and they even asked him from Los Angeles. “I realized that I wasn’t ready to export yet,” he admits. Shipping to one of Southern California’s largest self-service chains, Northgate Gonzalez Market, began late last year.

Throughout his life as an entrepreneur, Luis founded other concepts in the restaurant business in San Diego and Bonito, California and was part of business associations like Coparmex, where he served as vice president of the youth commission. He emphasizes that learning never stops.

For this reason, it participated in the acceleration program of last year BlueBox Ventures. Thanks to him, Luis did a thorough review of his annual financial statements and realized that with some adjustments, savings, and reinvestments, he could build a new production facility that opens this month. He is also working to consolidate a multidisciplinary team that will allow him to structure a new business program to move from family business to business.

Now he will focus on positioning himself on the national market through Walmart. So far, investments have been made in social networks. So much so that it was the winner of the Audience Award category last year Mexico Award 2019 powered by FacebookThanks to the great support that he has registered on the social network.

It is about to launch new flavors and a new powder presentation in the north of the country. The goal is to consolidate the communications and sales channel in Southern California in the United States by 2021. Later, over the next five years, this entrepreneur plans to launch his product on the Asian and European continents.

For Luis, learning and growth have no limits: “There is always a way how to do it.”

8 min read The opinions of the employees of You are personal. Trust your co-workers (and your advice) when the news is bad. Save money, get creative with stocks. Make small cuts early to avoid larger ones later. Top 5 War Strategies To Survive The Recession Ben Horowitz, Co-founder of the Silicon Valley venture…

7 min read This story originally appeared at high level The companies analyzed have six things in common that enabled them to make headway in the crisis. These were the companies that adapted best to this 2020 crisis The COVID-19 pandemic has plunged the world into a deep economic crisis, the consequences of which are…

Develop these qualities that will help you work more effectively. In today’s dynamic world, learning to achieve more in less time is key to personal and professional development. Effective and successful people have several habits in common. Best of all, you can develop them too. Are you easily distracted and the hours fly by? Turn…

7 min read The opinions of the employees of You are personal. Anatomy of the ideal email Would you imagine a customer with no bathing, no combing or wearing shoes of two different colors? The way you write your email is part of yours expanded pictureJust like your social media, car, office, or Zoom…

Reading an essay is more effective, says the Amazon founder. The narration is important. The Bullets They don’t convey ideas. Convincing anecdotes. Don’t use PowerPoint. Jeff Bezos, Founder of Amazon He reminded his employees that presentations in this format are prohibited in his company. The entrepreneur says spending 30 minutes reading an essay that does…

The call received nearly 1,300 projects from public and private universities across the country. The winners will receive a prize of up to 500,000 pesos in cash. 3 min read 20 teams of university entrepreneurs are finalists for the Santander Award for Business Innovation 2020 On the way to the 15th presentation of the Santander…