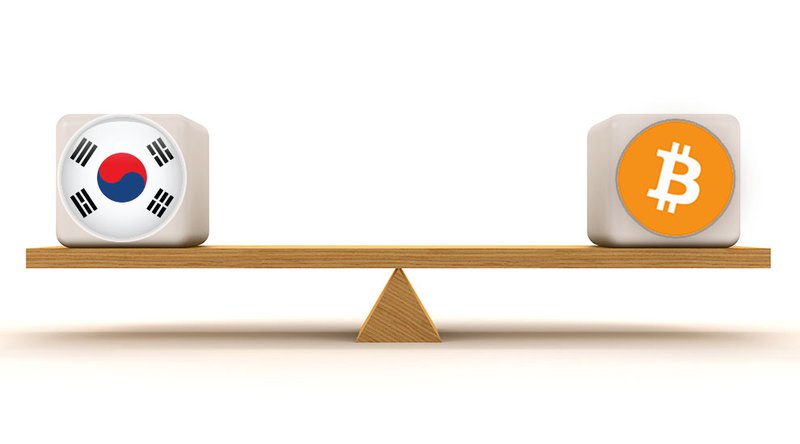 On February 20, 2018, investors saw signs of yet another directional shift in South Korea’s regulatory stance on cryptocurrencies. According to Reuters, Choe Heung-sik, the governor of South Korea’s Financial Supervisory Service (FSS), told reporters, “The whole world is now framing the outline (for cryptocurrency) and therefore (the government) should rather work more on normalization than increasing regulation.”

The head of the FSS has wrestled with cryptocurrency regulation and the lack of legislation on the industry for some time. He stated in November 2017 that “supervision [of cryptocurrency exchanges] will come only after the legal recognition of digital tokens as legitimate currency.”

Choe also warned of a bitcoin bubble in December 2017 that paired with another warning that month, when he stated, “All we can do is to warn people as we don’t see virtual currencies as actual types of currency, meaning that we cannot step up regulation for now.”

The FSS, which has been spearheading the government’s regulation of cryptocurrency trading as part of a larger task force, has had an uphill battle in the face of Korean officials’ variable attitudes to the burgeoning industry. While the FSS-led taskforce set the nation’s first official rules around cryptocurrency trading on December 13, 2017, uncertainty around issues of taxation and regulation of the exchanges remained.

January brought even less certainty to the peninsula as South Korea’s largest cryptocurrency exchanges were raided by police and tax agencies on January 10, 2018, kicking off a week of contradiction by top Korean officials that precipitated a market-wide meltdown known as “Red Tuesday” on January 16, 2018.

Choe then had to state at a parliamentary hearing on January 19, 2018, that one FSS employee was being investigated “on suspicion that he or she traded a digital currency” ahead of the government’s announcement of toughening its stance on cryptocurrency trading. At the same hearing, the Office for Government Policy Coordination also disclosed a probe into two officials for alleged profiteering on government information after the events of Red Tuesday.

Korean officials rounded off the month of January by announcing on January 23, 2018, that anonymous accounts would be banned from trading cryptocurrencies as of January 30, 2018.

Merely three weeks after the ban on anonymous accounts took effect, Choe seemed to suggest rosier regulatory prospects for the cryptocurrency industry. These statements of normalization came only days after the sudden death of Jung Ki-joon on February 18, 2018. Jung, a 52-year-old man who led economic policy for the Office for Government Policy Coordination and was instrumental in spearheading the January crackdown, died of “unknown” causes in his home, though initial reports suggested that he’d had a heart attack.

In Spain, iCommunity Labs has developed a blockchain technology as a service platform (IBS) that companies can use to transform and improve a variety of processes without having to program. This was reported to Cointelegraph in Spanish with a statement. Their goal is that they can adopt this technology and benefit from it. What does…

This is a paid press release, which contains forward looking statements, and should be treated as advertising or promotional material. Bitcoin.com does not endorse nor support this product/service. Bitcoin.com is not responsible for or liable for any content, accuracy or quality within the press release. We can be very grateful for the exchangeplatforms’ appearance ;…

In the past year, many prominent and colorful personalities from the crypto ecosystem have been arrested and arrested. From the arrest of antivirus pioneer John McAfee to filing charges against the executives of one of the world’s largest exchanges, 2020 has not been able to shake the reputation of criminals on cryptocurrencies. In the first…

Vitalii Antonenkoa new yorker was accused from supposedly Take part in a Bitcoins card fraud According to a statement by the U.S. Attorney General for the Massachusetts District on May 27 of $ 94 million. Now 20 years in prison and fined $ 500,000. Antonenko was arrested at New York’s John F. Kennedy International Airport…

In a recent document, the co-founder of Ethereum, Vitalik Buterintogether with Harvard professor Thibault Schrepel, argued that blockchain technology is positioned to support antitrust laws in areas where it is difficult to enforce and enforce regulations. The document called Blockchain Code as Antitrust Law explains this Blockchains can help antitrust laws by increasing decentralization and…

In the business world, but also in society, the digital transformation has been described as an essential engine of change for many years and the increasing need to make technological advances in processes and procedures. But it’s one thing to talk about and another to take this transformative step towards digitalization. With that in mind,…