The famous fried chicken company uses autonomous vehicles connected to 5G networks and QR codes to distribute their product on the streets of Shanghai.


Although it is not yet known whether this dynamic is related to a marketing drive or real tests for a future way of operating its services, the famous fried chicken franchise has delivered its orders door-to-door using these autonomous vehicles, a concept that is very similar to that of “Food Trucks,” where groceries are delivered to your home without you having to search for the truck. All of this is due to a Chinese company that launched this innovative method of delivering KFC orders to the streets.

This dynamic is very original and effective, especially in times of pandemic, as there is no contact with customers, workers or the transport driver and therefore the risk of contagion is reduced.

The appearance of these mini-vehicles was something unexpected for residents as they began to circulate on the streets of Shanghai city without warning, identified with the corporate image of KFC, all autonomous and driverless but full of groceries. When some customers approached to try out the menu, all they had to do was point the camera on their mobile device at a QR code.

How does the purchase work?

The pictures of the two vehicles were published by the Twitter user @ Shaghainekoshowing how some products from this chain can be purchased. After the customer selected one and completed the transaction, one of the side doors opened to receive the order. 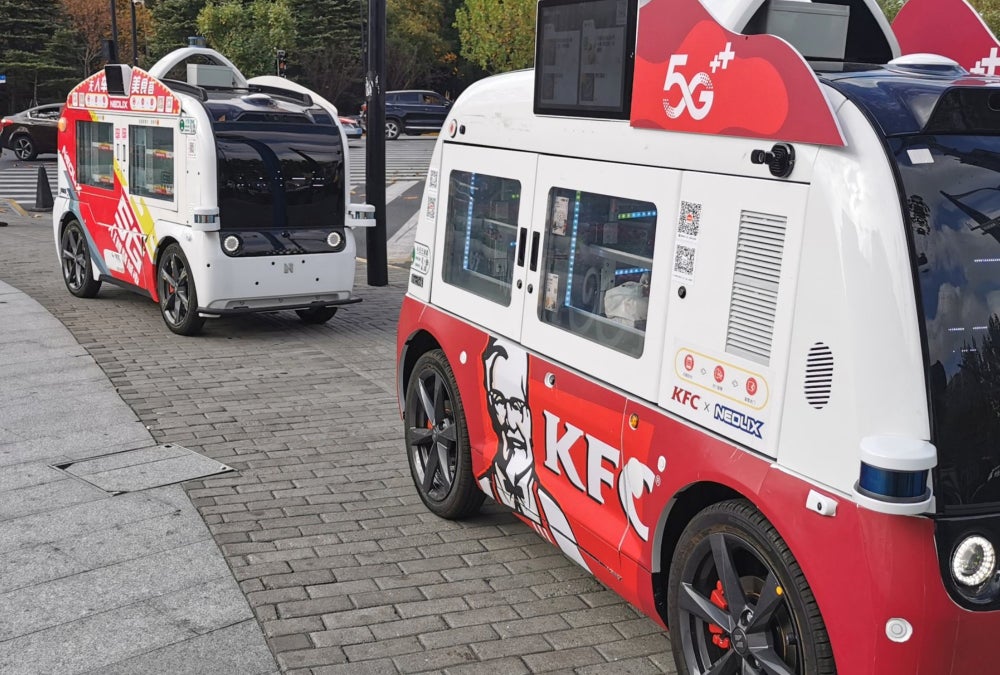 The current prices and menus of each product were displayed on a screen above the autonomous vehicles. All of this is mentioned without human intervention.

In the same way, there is a sign on the top of the truck that reads 5G, which could represent an advertisement tied to an operator who wants to show users the technological advancement that companies are offering.

It’s not yet clear if this is a KFC pilot, but it seems like a good strategy and it wouldn’t be surprising if they were used on a daily basis in the future.

To know: KFC withdraws its slogan as inappropriate in times of pandemic

The Twitter CEO previously donated $ 3 million to the Mayors for a Guaranteed Income initiative. 3 min read This article has been translated from our English edition. Jack Dorsey Donates $ 15 Million to Expand Universal Minimum Wage Pilot Program This story originally appeared on cheddar A network of mayors has formed a coalition…

There are “vaccines” that you can apply in your business to prevent gossip, misunderstandings and double messages from taking over the work environment. The opinions expressed by employees are personal. We all know that one of the most insistent and possibly more complex problems to solve is that of bad or defective communication in…

If you’ve seen the film ‘The Social Network’ (2010) you may remember Twins Cameron and Tyler Winklevoss, played by Armie Hammer. Although they became famous for arguing and losing ownership of Facebook against Mark ZuckerbergNow they own a billion dollar empire largely thanks to the crypto asset business Bitcoin Y. NFT. In February 2008 Winklevoss…

With less than $ 10,000 dollars (adjusted for inflation), these 14 entrepreneurs turned their ideas into business. February 17, 2020 15+ min read How much money is required to start a new business from scratch? Although financial needs vary depending on the type of business, a study by the Ewing Marion Kauffman Foundation establishes the…