The 'Diamond Princess' cruise ship, anchored in the port of Yokohama, near Tokyo, in Japan – Stanislav Kogiku / SOPA Images via / DPA

The Minister of Health of Japan, Katsunobu Kato, reported Tuesday that 88 new cases of coronavirus have been registered aboard the 'Diamond Princess' cruise ship, bringing the balance to a total of 542 people infected with the virus Originated in the Chinese city of Wuhan.

Passengers who test negative may leave the cruise and those who have tested positive will be hospitalized. The same criteria will be followed with the crew, according to the Japanese news agency Kiodo. 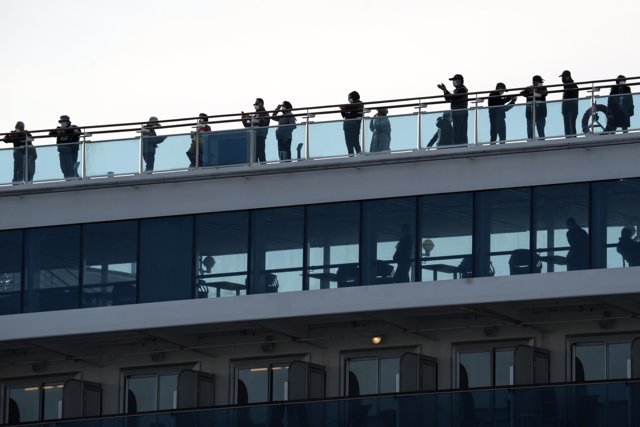 The minister has reported that 88 new cases of coronavirus have been recorded aboard the cruise, the balance being placed in 542 people infected with coronavirus on the ship, and recalled that experts have warned of an imminent risk of spread of the outbreak.

In a press conference, the Government spokesman, Yoshihide Suga, has defended as “appropriate” the decision of the Government to keep all people on board the cruise for fifteen days as a precaution, despite the notable increase in contagion registered during that period, which ends this Wednesday.

The statements of the Japanese Executive spokesman come after several US media questioned the decision of the Tokyo Government to keep all people on board the cruise for fifteen days. On Monday, 328 US passengers left the ship and were evacuated in chartered planes by the US Government. 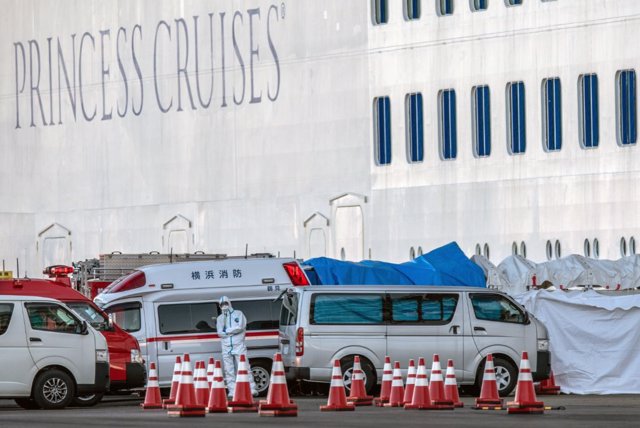 In addition to the cases of the cruise, in Japan the number of people infected with the new coronavirus has increased to 53. “We are seeing an increase in cases where it is unknown how they have been transmitted,” said Minister Kato. “We have to take action thinking about the possibility of it spreading to a certain level,” he added. For his part, the Prime Minister of Japan, Shinzo Abe, has asked his formation, the Liberal Democratic Party, to study postponing or reducing its annual congress, scheduled for May 8, because of the risk of the outbreak spreading.

The outbreak of the new coronavirus, originated in the city of Wuhan, in the province of Hubei, has killed more than 1,800 people and has left more than 71,000 infected, according to the latest balance published by the Ministry of Health of China .

Image caption Jeremy Clarkson has also hosted the BBC’s Have I Got News For You Jeremy Clarkson will be grilling contestants as the new host of ITV quiz show Who Wants To Be A Millionaire? It’s returning for a week this spring to celebrate its 20th anniversary. The ex-Top Gear presenter is replacing previous host…

Media playback is unsupported on your device Media captionDavid Lammy told the Today programme that Oxford University should offer a foundation year Oxford University has apologised to David Lammy after retweeting a post labelling his criticism “bitter”. The original tweet, sent by a student, was in response to the Labour MP saying Oxford was “a…

WASHINGTON — There were competing Republican reactions Wednesday to the apparent victory of Democrat Conor Lamb in Pennsylvania’s 18th Congressional District hours earlier. Publicly, many — though not all — dismissed the result as an outlier with just a few useful takeaways for GOP candidates looking to dodge a Democratic wave. Privately, just as many…

The Queen bestowed the dukedom on her grandson this morning, with his wife-to-be automatically becoming a duchess to his duke. Prince Harry was also given Scottish and Northern Irish titles, becoming the Earl of Dumbarton and Baron Kilkeel. As the fountain of honour in the UK, the Queen has the sole right of conferring all…

Kaci Sullivan, from Missouri, first gave birth five years ago, before beginning to transition and start living as a man. Last month, he gave birth again after seven days in labour. Kaci conceived with partner Steven after a break from taking male hormones.