Israel will hold early elections on Tuesday in which the Prime Minister, Benjamin Netanyahu, will try to achieve a majority that will allow him to form a government, something he did not achieve after the elections held in April and that seems complicated again this time, according to published polls the last days.

The Israelis will go back to the polls after Netanyahu failed to agree on an Executive and chose to call new elections before allowing the president, Reuven Rivlin, to pass the witness to another person to try to form a Government.

In Israel, the population votes to a list of candidates for Parliament, in which alliances are subsequently forged. To date, no party has achieved an absolute majority, which makes the post-election stage a key element of the process.

The polls suggest that the Likud of Netanyahu would be made with about 32 seats – away from the 61 of the absolute majority – although his alliance with ultra-Orthodox and right-wing parties would allow him to go around that threshold.

In second place is the Blue and White Party, headed by former Army chief Benjamin Gantz, who would also collect around 32 seats. In April they already obtained 35 seats each.

These polls suggest that the leader of Yisrael Beitenu, former Defense Minister Avigdor Lieberman, would again play a fundamental role in the formation of a government, also doubling its seats from five to about ten.

The disputes between Netanyahu and Lieberman – focused on supporting the Prime Minister of the ultra-Orthodox, who oppose the project supported by the leader of Yisrael Beitenu on recruitment – led to the rupture of the talks and the electoral advance. 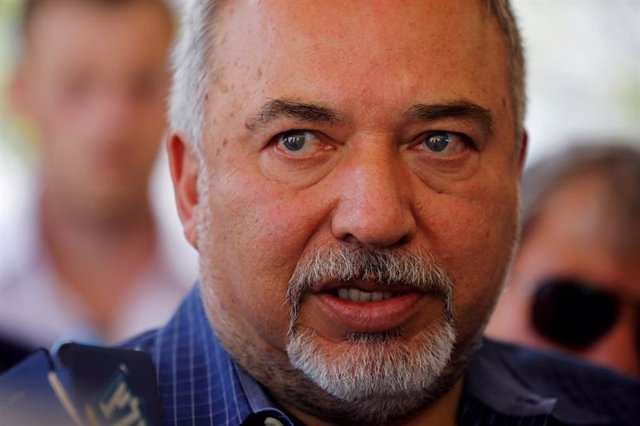 Looking ahead to the elections on Tuesday, the former Minister of Defense has already advanced that he will not join an Executive led by Netanyahu, which would make it difficult for the prime minister to extend his mandate to the front of the country.

Netanyahu, who has held the position since 2009 – after a three-year term in the 1990s – has surpassed David Ben Gurion, Israel's founding father, this year as prime minister with a longer term in charge of the country.

According to the polls, the coalition that would integrate the Likud and the Yasmina, United Judaism of the Torah, Shas and Otzma Yehudi parties, would be made with about 60 seats, leaving the possibility of giving viability to Lieberman.

More complicated would be Gantz, who could not get so many supports. Among its natural allies are the Joint Arab List – which would be done with more than ten seats and which in April was presented in two separate parties – the Democratic Union – created after the return to the policy of former Prime Minister Ehud Barak – and Labor, who had poor results in the previous elections.

Given this situation, Netanyahu has hardened his speech during the election campaign and has promised to annex the Jordan Valley and Jewish settlements in the West Bank city of Hebron.

Thus, he promised to put under “Israeli sovereignty” all Israeli settlements in the West Bank if he is re-elected, while clarifying that “a place to which Israeli sovereignty can be applied immediately after the elections is the Jordan Valley.”

In response, Jordan and the Palestinian Authority strongly rejected Netanyahu's plan to annex the Jordan Valley to the country, warning that it will unleash a “dangerous escalation” that will take peace away. 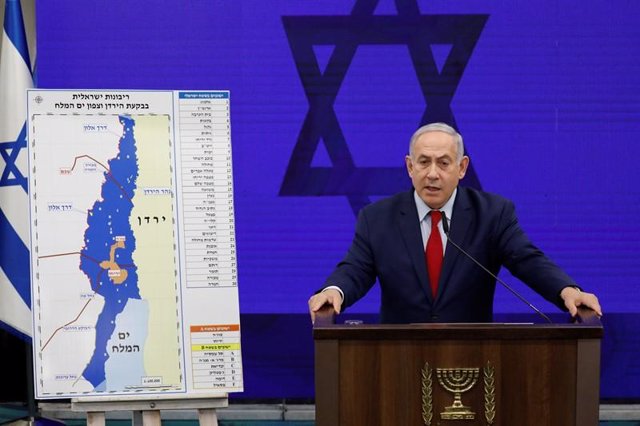 Netanyahu has also stressed during the day on Monday that it intends to annex the Jewish settlements in the Palestinian city of Hebron, the most populous in the West Bank, if it is imposed in the elections. “They will be part of Israel, but I need a mandate to execute this plan,” he said.

The prime minister has also added that the president of the United States, Donald Trump, plans to announce the details of his peace plan, known as the 'agreement of the century', after the elections.

The draft agreement, which has already been rejected by the Palestinian Authority, is one of Trump's star plans in the region. The US president has expressed strong support for Netanyahu since he arrived at the White House.

Along these lines, he approved a declaration in April recognizing Israeli sovereignty over the Golan Heights, occupied by Israel, and has also recognized Jerusalem as the Israeli capital, a city to which the US Embassy has moved.

On the other hand, Netanyahu has warned, without presenting evidence that the opposition seeks to “steal” the elections and even Facebook recently blocked its account on the social network for incitement to hatred after a 'chatbot' sent a message to visitors alerting of the Arabs who “want to destroy” Israel.

This speech seems to be aimed at getting the votes of the ultraconservatives to knead the largest possible number of seats and be less dependent on the need for alliances, although it has not been translated into progress in the polls.

Gantz decided to make the leap to politics in 2015 to try to get Netanyahu out of power, an effort that was later reinforced as a result of his alliance with former journalist Yair Lapid.

Both reached a pact according to which the former army chief – a position he held between 2011 and 2015 – would be prime minister for two and a half years, after which the witness would yield to Lapid for the remaining year and a half of the mandate. 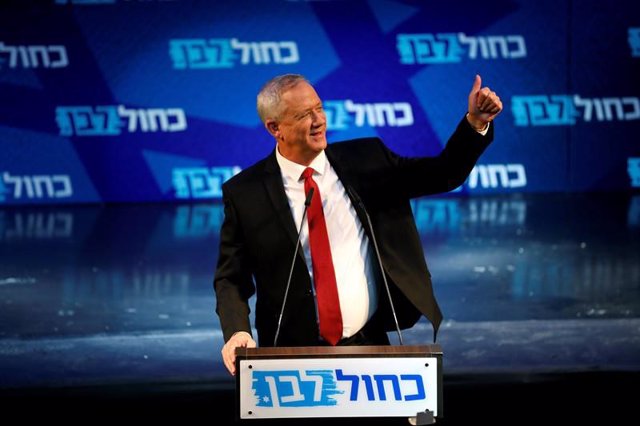 The training has been presented as an alternative free of corruption and with a message focused on security and social reform, while maintaining a diffuse speech on the Palestinian issue, in an attempt to attract votes from the left without departing from its center-right side.

The former head of the Israel Defense Forces (IDF) thus seeks to follow in the footsteps of Isaac Rabin and Ehud Barak, who made the leap from the Army to the prime minister's office.

THE ROAD OF THE UNIT GOVERNMENT

Given this situation, the Israeli media has pointed to the possibility that a unity government between the Likud and the Blue and White Party will come out of the polls, something that has been rejected by Gantz.

The party led by the former head of the Army has made suspicions of corruption against Netanyahu one of the pillars of his campaign, especially considering that Gantz has a very favorable image and is known as 'Mr. Clean'.

Therefore, and given the initial refusal of Gantz, the Likud could choose to remove Netanyahu to facilitate an agreement, although to date there have been no party politicians who have addressed this situation in public, pending the results.

Such a situation would leave Netanyahu in a complicated situation, especially given that the hearings will be held in October for possible imputation for corruption and other charges.

The country's attorney general, Avichai Mandelblit, announced on February 28 his intention to charge Netanyahu for bribery, fraud and breach of trust in three different cases, pending the hearings.