Social network users reported that several self-service stores had closed toys, clothing, shoes and more “due to official regulations”. However, the authorities deny having issued such an instruction.


Yesterday, Tuesday, social network users reported that several sMexican supermarkets banned the sale of toys and other items. The Government of Mexico City issued a statement denying that this was due to a “Official provision”as read on the signs in the facilities.

In networks, photos began to appear in stores such as Walmart, Sam’s Club or Chedraui, shows yellow bands that restrict access Toys, clothes, shoes and furniture, as well as Wines and spirits.

Allegedly the ban would be in force from December 22nd to January 2nd or even January 10th. Many internet users, especially parents who have not yet received gifts for their little ones, panicked. 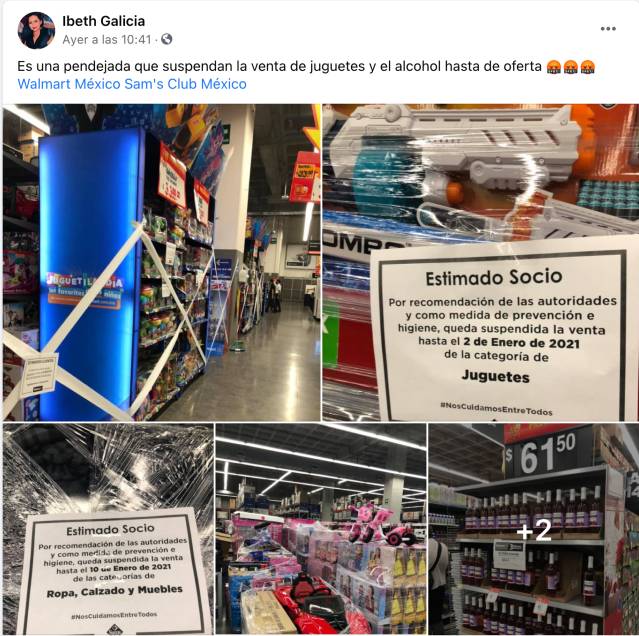 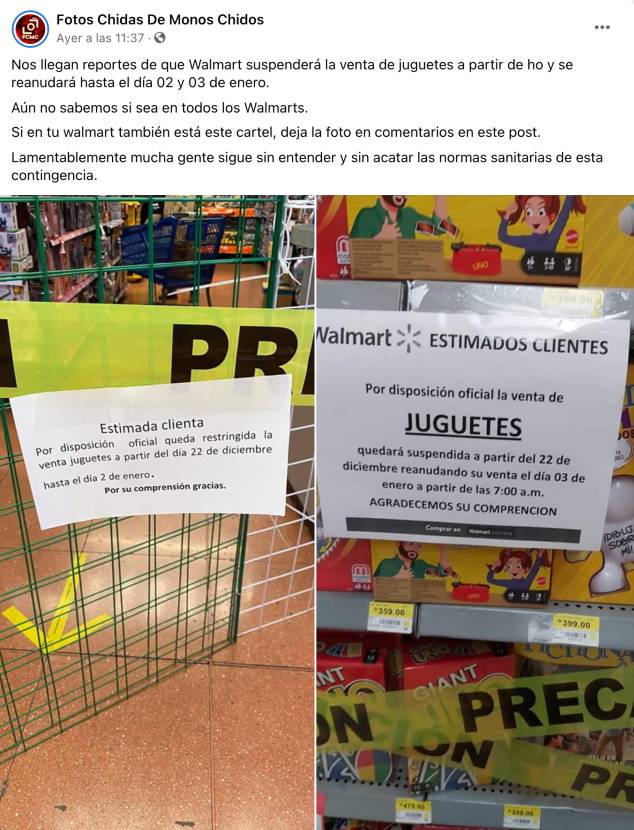 Even the chain Sam’s club He sent his partners an email with information about the measure. 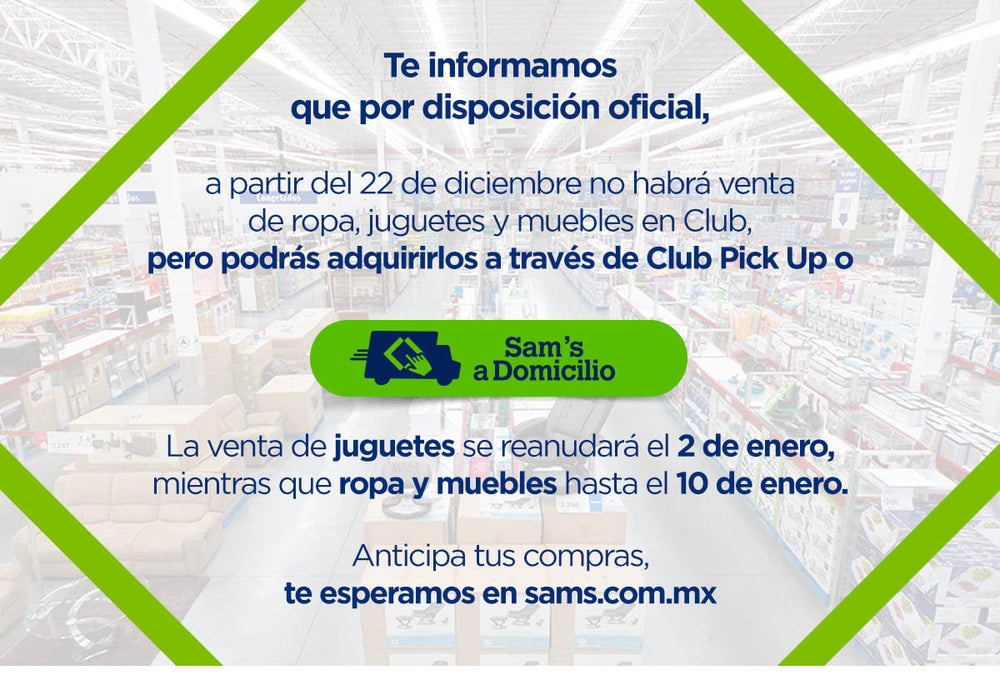 Given the confusion that Government of Mexico City and the Secretariat for Economic Development (SEDECO) They released a statement clarifying that the authorities had not issued such an instruction to the companies.

“All self-service stores where they sell products that are considered essential can also sell other goods. This secretariat is reviewing all conditions so that there is no unfair competition.”reads it in the document.

“The operation of these facilities is subject to compliance with all applicable hygiene measures, including the maximum capacity that they must comply with.”they added.

About the operation of self-service stores in the #Mexico city the #SEDECO Reports: pic.twitter.com/LuRYldYhiQ

The limitations could be explained because CDMX and EdoMex went through a red light on December 19th. However, this is not an official ban as the Store closures and non-essential activities do not encompass specific areas within self-service stores. that stay open because they sell basic items like groceries, medicines, and hygiene products.

In fact, this Tuesday was added to the List of allowed activities “Small neighborhood businesses with a maximum of 3 workers, whose business area: magazines and newspapers, Tlapalería, hardware, stationery, carpentry, blacksmiths, aesthetics, hairdressers, beauty salons as well as sale and repair of bicycles”.

Following the official clarification, the Walmart chain announced on its social networks that it will be selling clothes and toys this season.

This Christmas, the toy and clothing departments in all of our stores will remain open. We are waiting for you with all preventive measures. pic.twitter.com/DmRr29OfNV

At the Prince Hotel in Hong Kong, management has requested a redesign that includes a “larger spatial arrangement” in public areas, as well as in the restaurant and lounge, and materials that are easy to clean depending on the location. Skift travel industry website. At the Cary Arms Hotel in Devon, England, half of the…

Nothing beats horror stories that will spark your imagination. If you want an unbeatable experience, put on your headphones and turn off the lights. You won’t regret it … will you? The opinions of the employees of You are personal. 3 horror audiobooks to keep you entertained this Halloween Audiobooks are a great alternative…

Bet on long-term relationships. Take control of your emotions and follow these practices to use this powerful tool. The opinions of the employees of You are personal. Increase Your Emotional Intelligence With These 5 Tips Emotional intelligence is the most powerful tool for success, not only in romantic relationships, but also in business. In…