During my recent visit to northeastern Nigeria, five children died each week at one of our therapeutic nutrition centers in the state of Borno. Many arrive too sick and too late to save them.

On average, ten severely malnourished children were being admitted every day to our intensive care unit in Maiduguri, the capital of Borno. I saw how my colleagues were forced to explain to the relatives of these children that the war they fled from has not only destroyed their homes but also literally consumed their children.

These children are the ones who have a chance to survive. They are the ones that allow us to reach. But there are many more outside the 'barracks cities', as the enclaves controlled by the Nigerian Army are called. Humanitarian workers cannot access areas outside these locations, that is, more than three quarters of the state of Borno. 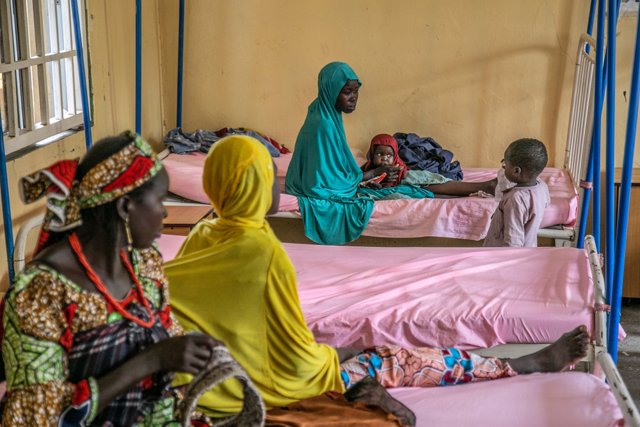 Those children, who are behind what the Army defines as enemy lines, are also considered as the enemy by virtue of their geographical location. They are condemned as not worthy of receiving attention and if humanitarian workers try to reach them, they could be accused of 'supporting and inciting' terrorism.

Humanitarian organizations like ours were created to reach all these children, live on the side that they live in an armed conflict. But in antiterrorist operations like this, humanitarianism is being buried along with the children who die in our treatment centers.

That happens because on the one hand, the Government controls where we are going, who we talk to and how we operate. In its fight against terrorism, it is a 'with us or against us'. People who arrive at the barracks locations are given access to assistance. Those outside are denied, with entire communities designated as hostile.

Nigeria is not alone when it comes to doing this. Other countries that fight terrorism around the world often try to use humanitarian action as a tool to achieve their military objectives, from winning 'the hearts and minds' of some communities to intentionally excluding others.

On the other hand, we are confronted with fragmented armed groups that do not want to talk to us and have indiscriminately attacked civilians, assaulted health structures and kidnapped and killed humanitarian workers.

Humanitarian action is being pressured by all parties and it is the needy population that pays the price. When it comes to sailing in this challenging environment, we don't find many allies.

For its part, the United Nations aid system has decided that saving lives is valuable when it simultaneously builds the State and guarantees peace. The problem with this is that it involves taking sides. The mantra of the UN can be 'leave no one behind', but the eyes remain closed to the needs of more than a million people who are not in the part of the conflict supported by the UN, in the name of the war against The terrorism.

The Army tells us that being neutral is not possible in Nigeria because they consider the enemy to be evil personified. But wars still have rules. 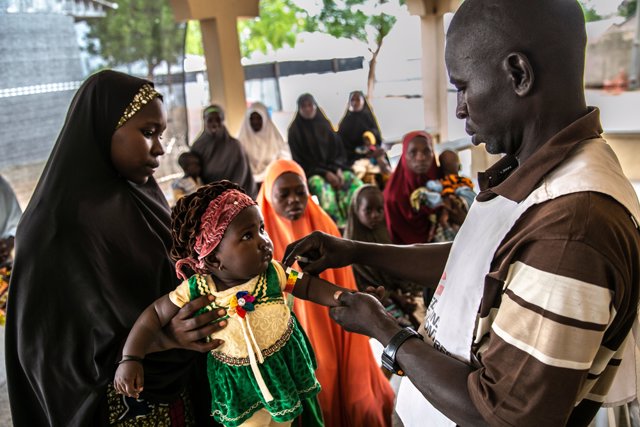 Our concerns are pragmatic. When humanitarian aid is controlled by one of the parties to the conflict – in this case the Government of Nigeria – it loses its most essential element: the confidence of the population and the will of the armed people to see it as something separate from the conflict.

This does not have to do with specific cases in which access has been requested and denied, but rather is how the entire aid system is established and designed to serve the counter-terrorism operations of one of the parties to the conflict. It is not the first time we see it – similar approaches were adopted in Mosul (Iraq) for example – and I fear it will not be the last.

DOCTORS MUST TREAT WHO NEEDS IT

Doctors should not be forced to decide who is a good or bad patient. That is prohibited by medical ethics and International Humanitarian Law. Our role should be to treat whoever needs us, through any front line that the groups have drawn.

But today, before a doctor comes to assess the needs of a patient, a soldier evaluates his political loyalty before allowing him access to them. Fear of the control process ensures that the sick and injured who are entitled to medical attention are forgotten. And arbitrary controls mean that even civilians with nothing to hide are afraid to step forward.

Our medical assistance has been kidnapped. We do not control your destiny. Of course, we are still saving lives. But we are only saving the lives of those who can reach us. The children we see in our nutrition centers should not have had to find their way to us. We are the humanitarian workers who should be able to reach them before it is too late.

In 2016, after discovering the enormous scope of the nutritional crisis in the northeast of the country, we treated everyone we could reach. And that's what we are in: to keep saving lives.

But I think we also need to regain control of where we take our medical care. If we do not, I fear that we will be contributing to the death of humanitarianism. Then, the million people who are out of our reach today in Nigeria will multiply to millions more in the countless anti-terrorist operations that are established in the world tomorrow.

The 32ft mammal was found near a lighthouse in Cabo de Palos, southeast Murcia, in February, with an investigation by the El Valle Wildlife Rescue Centre having now found that it died because it had been unable to digest a huge amount of human waste in its stomach and intestine. Ropes, nets and even a…

Image copyrightCourtesy CAN-DO ClemencyImage caption Alice Marie Johnson was jailed nearly 22 years ago A 63-year-old grandmother jailed in 1996 on a non-violent drug charge has been released from prison after she was granted clemency by President Trump. Alice Johnson ran towards an emotional reunion with her family after leaving the prison in Pickens County,…

At least ten people, including two children, died Monday when a boat sank in Lake Keenjhar in southern Pakistan, according to Geo TV. The security forces said there were 13 members of the same Karachi family who were taking a boat trip when it capsized due to speed and high winds. The boat rented for…

Image copyrightGetty Images Police on the Italian island of Sicily have arrested an ambulance worker suspected of killing people to earn money from a funeral parlour linked to the mafia. The man is alleged to have injected air into the veins of at least three terminally ill patients as they were transported back to their…

Polish Health Minister Adam Niedzielski has announced new restrictions in two regions of the country, including the region where Warsaw is located, after registering the highest number of daily cases since November 24 with 21,045 infections. Mazovia, the most populous region in the country, and Lubus will be closed between March 15th and March 28th….

Europe’s Ryder Cup captain Thomas Bjorn pays a surprise visit to golf fan Stephen Atkinson, who had written a letter to him that went viral. LISTEN: The Cut: The BBC Golf podcast