In December 2019, Li Wenliang, 35, a Wuhan ophthalmologist, reported that he had seen patients with symptoms similar to SARS (severe acute respiratory syndrome) that caused many deaths in China in 2002/03. He was the first to sound the alarm. Unfortunately, he contracted the virus himself in January after treating a glaucoma patient with COVID-19. Li was hospitalized, but it wasn’t until February 1, when he had severe symptoms, that a PCR test was diagnosed. 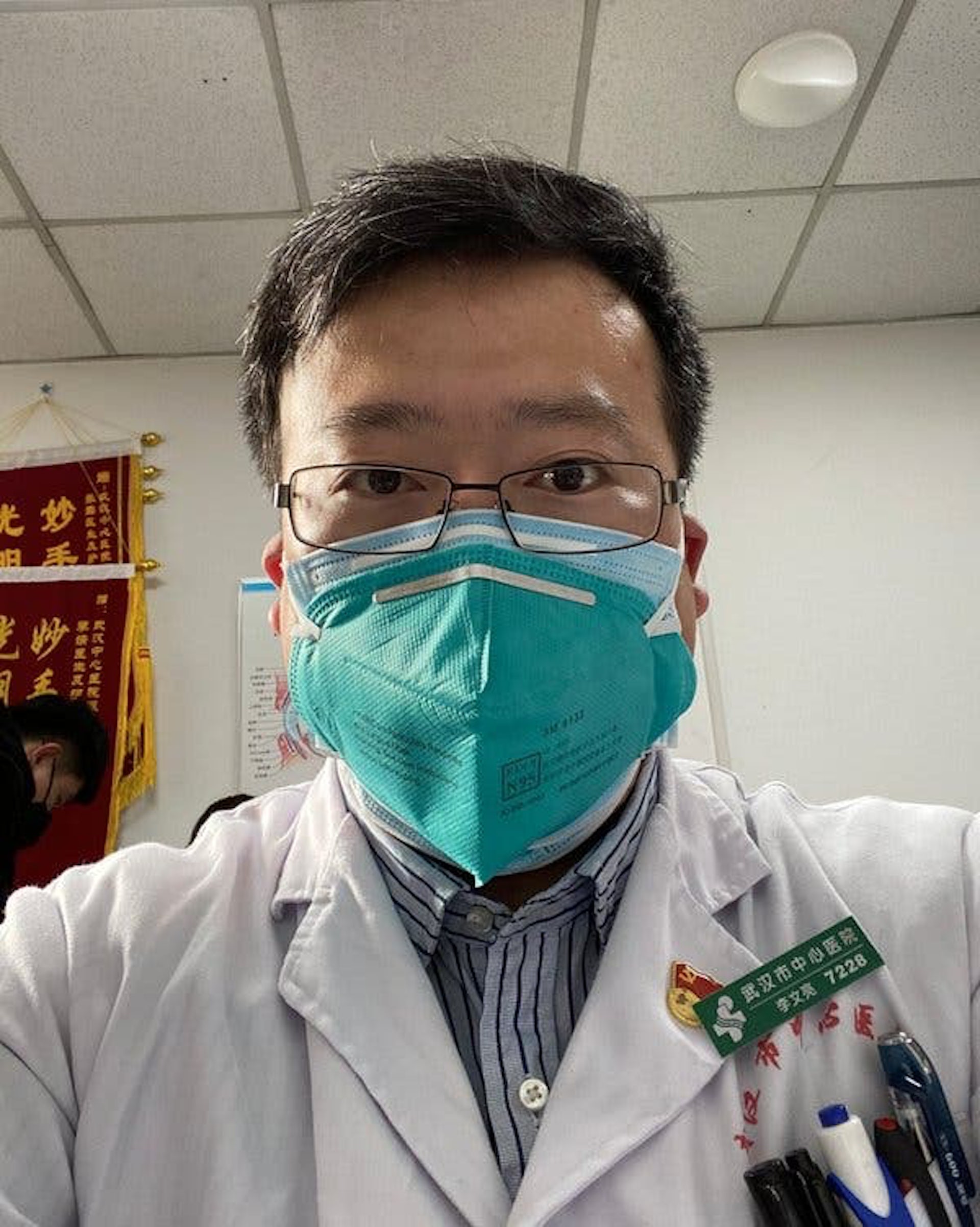 Li Wenliang / picture: About the conversation

The World Health Organization has repeated, both actively and passively, that the main transmission pathway for the virus is droplets, which are ejected during coughing and remain in the air or remain on surfaces for some time. And we also heard ad nauseam that the main entry routes are the oral, nasal and oral mucosa.

Through the door of the eye mucosa

The eyes, yes. The identification of some Covid-19 patients with conjunctivitis has raised the suspicion that the eye mucosa could be a natural deposit of the virus.

For this reason, it is recommended not to touch your mouth, nose or eyes with your hands as there is a risk of contamination. It has also been recommended that hospital health workers use closed glasses and guards to avoid exposure to the eyes. And ophthalmic organizations have proposed specific safety regulations.

To understand why the eyes can be at risk, we first need to understand that the coronavirus needs other more complex cells, especially cells with nuclei (eukaryotes), to multiply and survive. The only way they have to multiply is to take over the machinery of one of these cells and make copies, about 2,000 for each incoming virus.

In order to penetrate its “cell sacrifice”, this virus has developed a “crown” species that covers it in the form of spicules, which consist of proteins called S. It uses them as keys that bind to the receptors on the outer cell membrane ACE2 (locks). These ACE2 receptors perform other very important functions in cells, such as regulating blood pressure and inflammation, and are part of the so-called renin-angiotensin system.

Well, precisely because it has such an important function, different cell types have this receptor, that of the lungs, kidneys, heart, intestines and eyes. It is as if the virus had designed a master key (the protein S in its crown) that enables it to enter through the lock of various cell types through the door that offers this “so important function”.

One of the focal points for the development of a type of vaccine is a thorough knowledge of the entry routes of the virus. Recently, very interesting discoveries have been made that have been published in sciencein relation to the key used by the virus (Protein S) and its exact form. With this information, they intend to design vaccines using “biological traps”, either to prevent this key from working, or to lock the locks with other keys that prevent them from entering the cell.

Are there coronavirus receptors in the eye?

Because the effects on the airways were initially most obvious in patients with COVID-19, they were also the most frequently studied symptoms. Cardiovascular, inflammatory and dermal problems have now been identified, and now it even appears that there is a reservoir of the virus in the gut. But what about the eyes? Since only very few eye changes were described, the eyes were not a primary study subject.

The importance of the renin-angiotensin system for the eye has long been known, as is the presence of ACE2 receptors not only on the surface but also in the nervous part of the eye in the retina, where the first changes have been detected. caused by COVID-19. 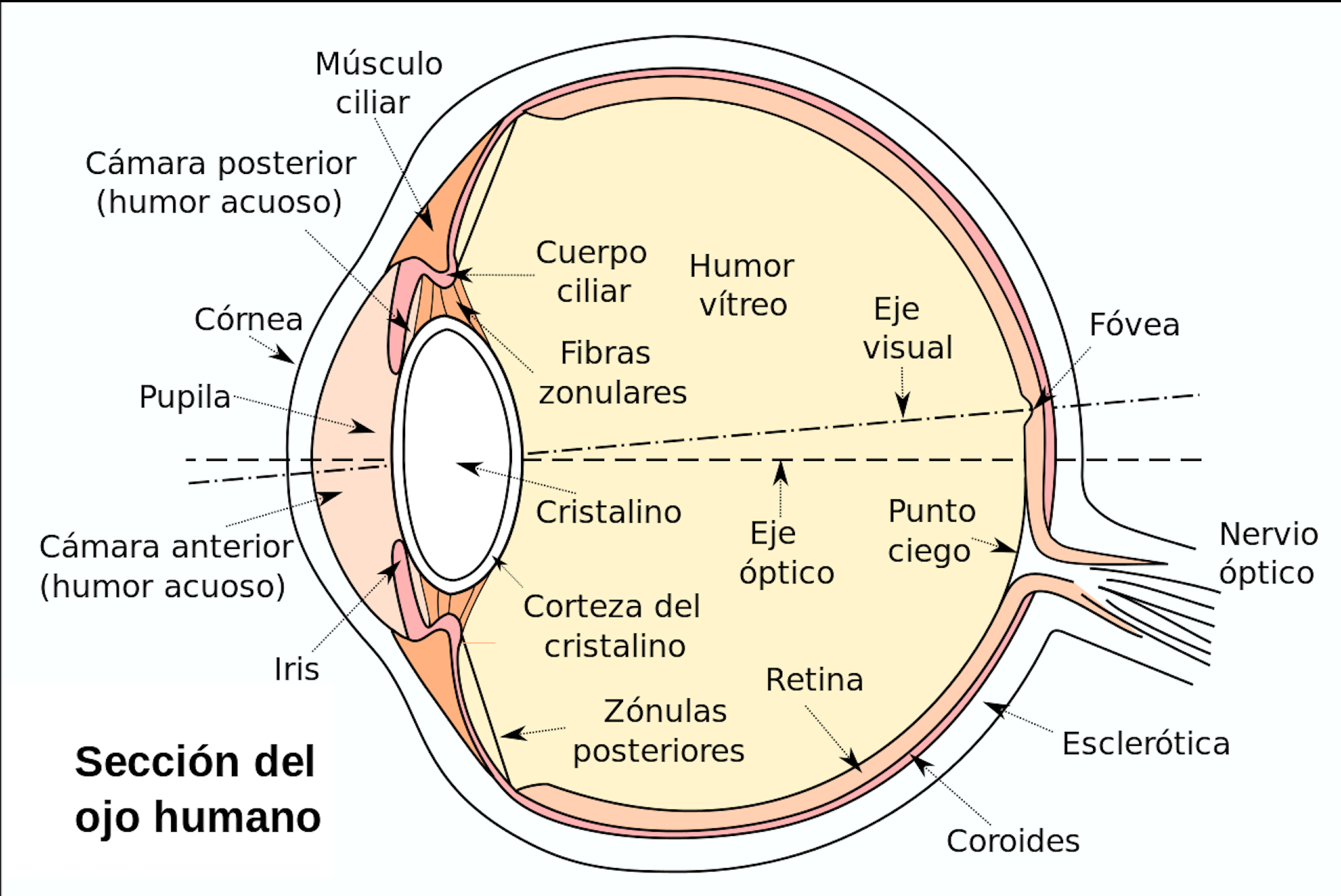 Diagram of the section of the human eye / Image: Wikimedia Commons

If there are so many cells with ACE2 receptors in the eye and it also turns out that this organ is exposed to drops of virus suspended in contaminated environments, the rare thing is that the virus does not take advantage of the circumstances. The logical thing would be that it uses its “master key” to enter the cells of the conjunctiva and multiply, causing an increased viral load in tears. Indeed, preliminary studies show that viral load in the tears of coronavirus patients was detected using the PCR test.

This makes tears a possible source of infection. Because the cells that regulate intraocular pressure (ciliary body) also have ACE2 receptors, it is not uncommon for them to be affected, leading to serious eye changes with glaucoma, which is the world’s first cause of blindness without healing. This was exactly the patient’s eye problem, which was treated by Li Wenliang, our Chinese ophthalmologist, when she was infected. (Li died on February 7, 2020 of COVID-19.)

With this in mind, it would be advisable to further examine the degree of infection of COVID-19 in the eyes to provide data that will help us better understand our new enemy, the smallest infectious being on the planet.