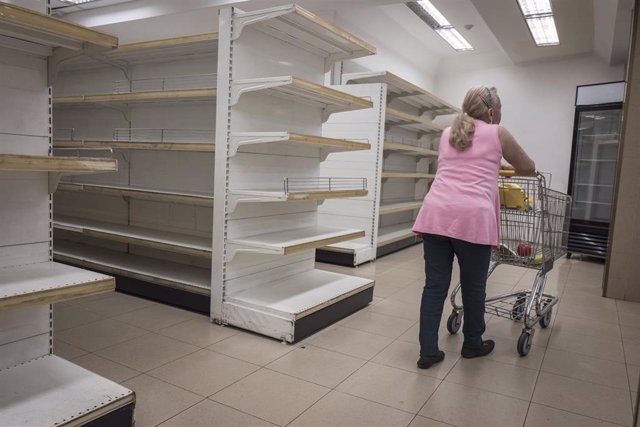 The opposition doubts the Government's intention: “Why haven't they changed it so far?”

The creation of a 'Oil for Food' program like the one that was once in force for Iraq under Saddam Hussein's regime. That is one of the points of the agreement signed this September 16 between the Government of Nicolás Maduro and four minority opposition formations within the framework of the Dialogue Table for Peace.

The truth is that the idea has been raised for months and one of its main promoters is Henri Falcón, a former 'Chavista' leader who went to the opposition and who in 2018 attended as an independent candidate for the presidential elections. His party, Avanzada Progresista, is one of the four signatories together with the Movement To Socialism (MAS), Solutions for Venezuela and Change.

Falcon unveiled last July that he had written to the UN and the Foreign Commission of the US House of Representatives requesting an exception in the sanctions imposed on Venezuelan oil by the United States so that food can be purchased, but also medicines given the high cost prevailing in the country, plunged into a serious economic crisis, in addition to politics.

But the main defender of such a program is the economist Francisco Rodríguez, who worked as an advisor for the Falcon campaign in 2018. In an article published in the 'Finantial Times' last February, he already defended that he realized that Oil is practically the only export good for Venezuela and therefore its main source of foreign exchange necessary for the importation of food and medicine, a program similar to the one in force for Iraq between 1996 and 2003 would be a good solution.

This program “would allow Venezuela to continue exporting oil to the United States as long as the procedures are deposited in escrow accounts that are used to pay for imports of food, medicine and other essential goods,” Rodriguez says in that article.

In addition, he adds, it would also be necessary to allow “the imports necessary to maintain the oil infrastructure” on the condition that “the profits from the increase in production are also placed in similar accounts”.

THE USE OF FUNDS SHOULD BE MONITORED

The use of the funds, according to the Venezuelan economist, should be subject to scrutiny by international observation groups while it would be the humanitarian agencies that would be responsible for distributing imported goods “to ensure that they are not used to feed the corrupt pattern system. of the government”.

In Rodriguez's opinion, the adoption of such a program “would also create incentives for some cooperation between the political factions faced in Venezuela” and for that purpose, it proposes, for example, that the Supervisory Commission of the National Assembly, controlled by the opposition , participate in program supervision.

The economist bets, if necessary, to learn the lessons after the experience of Iraq, where the execution of the program was marked by corruption and mismanagement, as explained at the time by the investigation carried out by Paul Volcker.

Thus, to prevent the Venezuelan government from doing the Iraqi, which asked oil buyers for additional payments in uncontrolled accounts in exchange for contracts, “buyers should be elected by an independent board that includes” representatives of the opposition led by the self-proclaimed president in charge, Juan Guaidó.

THE US IS LACKING AND GUIDED AGREEMENT

After the announcement of the agreement between the Government of Maduro and the four opposition parties, Rodriguez has made it clear that to carry out a program of 'Oil for Food' it is necessary “the contest of the US Government and the administration of Juan Guaidó”.

Thus, he has argued that the application of the agreement between the Government and part of the opposition “is not feasible without broadening the negotiation to sectors that are not currently included in it”, something for which the opposition aligned around Guaidó does not seem willing, as they have shown in their reactions to the agreement.

THE REST OF OPPOSITION DOES NOT SEE IT WITH GOOD EYES

However, since the majority opposition block does not seem to support such an initiative. The representative of Guaidó in Spain, Antonio Ecarri, has considered that the possibility of exchanging oil for food is “another thing that makes no sense” within the agreement announced, to the extent that it is precisely the “usurping regime” of Maduro who has He was able to take advantage in recent years of the sale of crude oil.

“Why have they not exchanged it so far for food if precisely the sale of oil is to sustain society, to feed people?” Ecarri said, in an interview with Europa Press in which he has accused Chavism of “ending the oil industry” in the last two decades.

In this sense, the envoy of Guaidó has accused the Government of “breaking” as a business “the most profitable thing on Earth.” Venezuela, Ecarri recalled, produced in 1999 3.5 million barrels of oil a day and now “does not reach 700,000”.

The former mayor of Caracas Antonio Ledezma has also pointed out that “it is an option that will not be appropriate”, since “it has no handles, neither legal nor moral.” Venezuela needs 280,000 tons of food daily, according to Ledezma, who has warned that any hypothetical help “does not even reach palliatives.”

“The real humanitarian aid is not to help Maduro and his clique out,” added Ledezma, a supporter of the “principle of humanitarian intervention” and the mobilization of the UN and the Inter-American Treaty of Reciprocal Assistance (TIAR).

The UN Security Council approved in 1996 the creation of a 'Oil for Food' program authorizing Iraq to sell crude oil in order to buy food and other essential goods to alleviate the situation of the population in the face of harsh sanctions imposed against the country after the first Gulf War.

However, as demonstrated later, Saddam Hussein managed to earn $ 1.7 billion through bribes and cost overruns and another $ 10.9 billion through oil smuggling, according to the results of an American CIA investigation published in 2004.

In addition, the independent investigation commission headed by Volcker exposed the widespread mismanagement and unethical behavior of some of the UN officials in charge of the program. Thus, according to the final report published in 2005, almost half of the 4,500 companies that participated in it paid bribes and illegal extra costs in order to get contracts.