The “polytechnic” robot would use ultraviolet light to kill the SARSCoV2 virus in contaminated areas.


To protect the population and workers in the health sector, Juan Humberto Sossa Azuela, researcher at National Polytechnic Institute (IPN)has worked on the development of a robot that will be able to renovate bathrooms, corridors, rooms and monitor Covid-19 patients.

The vending machine is expected to disinfect hospital rooms with Type C ultraviolet light to eliminate the SARSCoV2 virus in contaminated areas.

The technology of UV rays Removing the virus is very promising. So much so that it is currently used in other countries like the New York subway, where lamps with this light have been placed to disinfect the cars. Similarly, Asian nations chose this technology.

According to statements made by the expert on the IPN’s official website, the wavelength of ultraviolet light can kill bacteria and viruses as they directly affect and break the RNA of these organisms.

“First of all, the robot will work remotely and remotely and have basic functions for obstacle detection and proximity in order to prevent the operator from hitting it against objects. In a second phase, it is considered that it works autonomously through voice commands. In this case, speech and image analysis techniques, pattern recognition and other artificial intelligence techniques such as neural networks and performance learning are combined “He detailed. 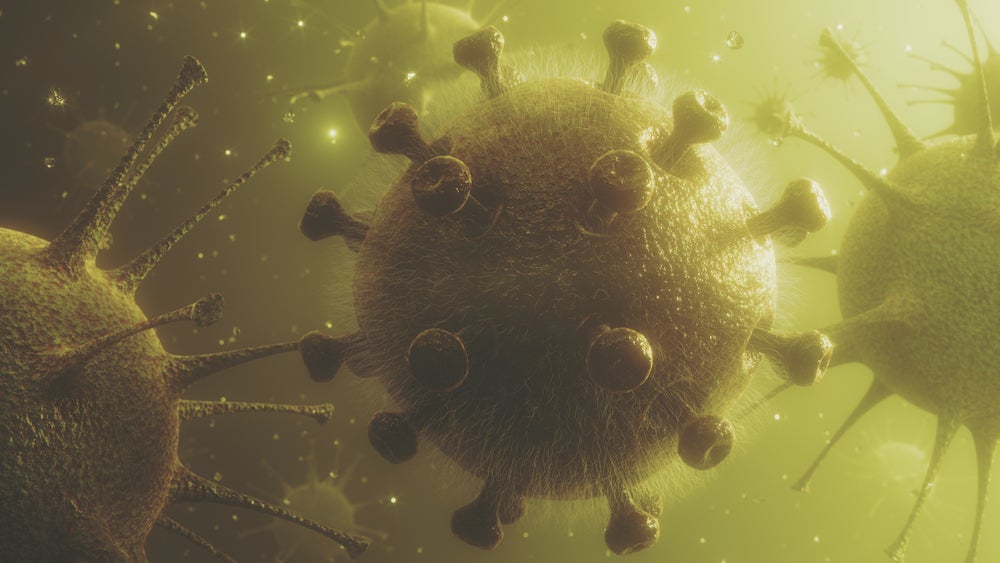 If the wavelength of ultraviolet light is chosen, it can kill bacteria and viruses because they directly affect the RNA of these organisms and break them. / Image: Depositphotos.com

Likewise, the head of the Robotics and Mechatronics Laboratory at the Computer Research Center (CIC) also assured that this system could be able to monitor the health of patients while at the same time easing some tasks for staff in hospitals.

In general, the machine consists of sensors and an interface for tablets and cell phones. In addition, as mentioned by Sossa Azuela, Sossa Azuela has a robot and teleoperation system with basic autonomy functions that enable it to fulfill the purpose for which it was created.

Similarly, he added that the scope of robotics during the pandemic will serve to raise awareness of the importance of using machines to reduce the high workload that some people face in times of crisis.

On the other hand, IPN Director General Mario Alberto Rodríguez Casas said that the pandemic had been a great challenge for everyone and recognized the work of the researchers at the time, which he described as the country’s most important scientific force. .

It is worth noting that Sossa Azuela is not only working on this project, but also part of the team of Mexican scientists who work with foreign researchers to develop a coronavirus vaccine.

Serves early adopters, consumers who want to try new products and services and who rely on technology and innovation. The opinions of the employees of You are personal. 5 part-time business ideas for those hungry for novelty There are industries that are changing the world today, like 3D printing – which will be valued…

While older adults continue to line up for vaccines in most parts of America, one country in Asia appeared to have been ahead of the curve and vaccinated almost the entire adult population, according to the AP. In just 16 days, the small Buddhist kingdom of Bhutan, located in the eastern Himalayas and borders China…

13 min read The opinions of the employees of You are personal. After a closed crowd. In stages. Long term projects. 13 ways to rate your work For those who work independently and provide services that often take a good period of earnings generation to become intangible, one of the biggest difficulties is setting…

How do we support women entrepreneurs? How do we help them open their minds and come up with an idea? It’s not a secret to anyone that the pandemic has exacerbated some problems for female entrepreneurship. However, it is time to see challenges as the perfect opportunity to change the world. This pandemic could become…

The opinions of the employees of You are personal. Are people happy when you arrive or when you leave a place? We’ll tell you how to tell if you have certain habits that just make other people leave and how to get rid of them forever. There are ways to counteract pessimism. Find them…