In Mexico, according to the Organization for Economic Co-operation and Development (OECD), in our country; only 31% of women hold management positions. This number is even more relevant in a country where women, who make up 51.2% of the population, have struggled for equal opportunities for decades.

Inequality is huge in our society and limits professional development opportunities for women. The main reasons include the distribution of unpaid care work; the so-called glass ceiling, i.e. gender stereotypes; the lack of regulation and punishment for gender discrimination, among other things.

“As women, we have to make ourselves professionally visible. We have often fallen into the belief that we are not good enough to ask for a raise or a promotion; We find it difficult to accept a compliment for our work; we feel uncomfortable in decision-making positions; Or we feel that we cannot express our ideas. However, if we make our achievements visible and speak out, we have better job opportunities, ”says Tania Pimentel, director and founder of Women Index.

Likewise, the lack of tools and skills for negotiation and leadership leads women to lose relevant job opportunities in their careers; either be in a company; as an entrepreneur or freelancer.

The figures underline the urgent need for action so that women have more and better opportunities and make their successes visible:

The National Institute of Statistics and Geography (INEGI) informs us that of 4 million entrepreneurs in our country only 19% are women. In addition, INEGI itself mentions that women who own a business hire more women, which means there are about two paid women for every man and that 86.1% stay employed year-round. However, women have less support, as only 13 out of 100 women-run businesses received credit or funding last year, making it difficult to find resources for growth.

A report from the Access to commercial finance In the UK, it is mentioned that women are 18% more likely to have impostor syndrome, which leads them to ask for the slightest raise and also to stop running for leadership positions.

According to INEGI, women contribute 65.2% of current GDP, so closing the work gap between women and men would have an economic benefit of 70% of GDP for Mexico, according to consulting firm McKinsey. According to the institute, the wage gap between men and women will be 12% from January 2021, which means that women continue to earn less just because they are women. 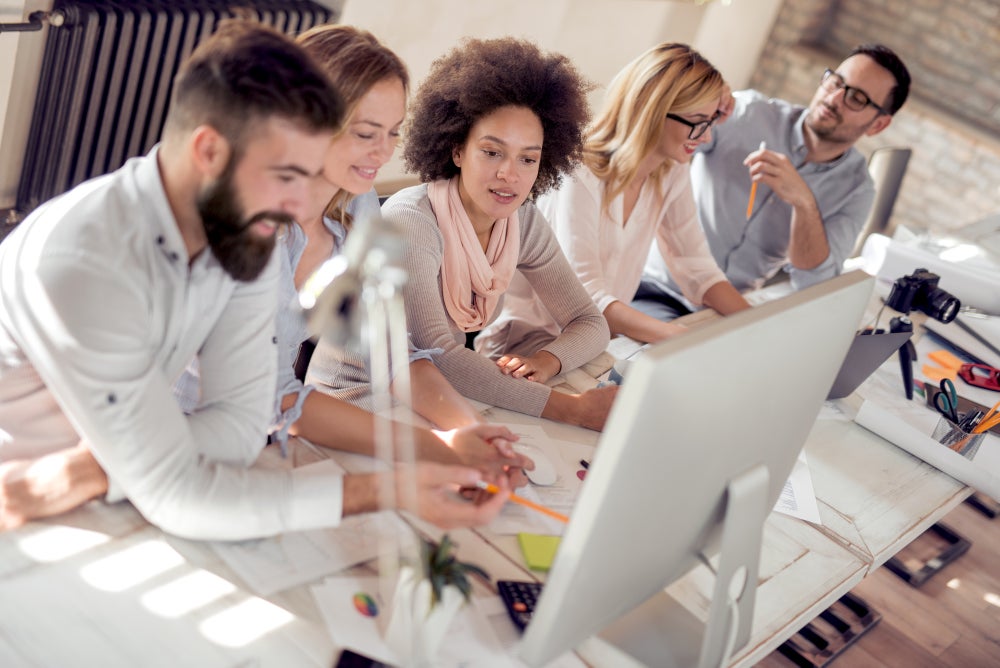 Closing the work gap between women and men would have an economic benefit for Mexico equal to 70% of GDP / Image: Depositphotos.com

Making professional achievements visible is an individual task that can be accompanied by a community, as proposed by Women Index, as the platform founded and run by Pimentel is the first digital index that collects profiles of working women in order to promote them and to make his work visible.

In addition, Pimentel launched the highly effective program called Visibility by Women Index, a six-week intensive course that involves 12 mentors with recorded sessions as well as live sessions to answer questions and create a community.

In the program, participants (in companies or as entrepreneurs) can better define their professional purpose, overcome imposter syndrome, create their personal brand, create a career plan, improve their leadership role, give negotiating tactics, give value to your work, sell your profile better, Form public speaking, social media strategies, public relations and alliances to generate attention

The call for applications for the second generation of the “Visibility by Women Index” runs until Wednesday, June 30th, and you can register using this link.

This Monday the Health and Justice Commissions of the Chamber of Deputies in Mexico generally approved the project of the Federal Law Regulating Cannabis that would decriminalize the use of marijuana at the national level. The Mexican Senate approved the facility’s legislation for recreational, scientific, medical, and industrial uses in November 2020. However, the Chamber…

How to get rid of the 'mob' when it comes to your customers? First, evaluate its value in the industry and take into account the risk that it could represent for the rest of your portfolio. The opinions expressed by employees are personal. Although the saying is that the customer is first , in…

As announced months ago, now June 1, 2021 the new policy of Google photosthat ended the unlimited free storage. Many users are confused about the problem, so here we explain how the change will affect you, what will happen, and what you can do. In simple terms, Google photos is he Cloud storage service for…

The opinions expressed by employees are personal. The en Español team shares its best tips for business owners on how to respond to tweets and comments from customers on social networks . How much should we respond? How to respond to negative comments? Here your answers: Respond as a brand It is important…

Searches related to non-fungible tokens are at their worst of the year. Could it be that fashion is over?