If you want to distract yourself and learn for a while, you should see and read these materials

2018 was a hotbed of interesting stories both in the film, Streaming and the literary world for all entrepreneurs, with lessons to improve your leadership, better understand today’s world’s challenges, or just have a good time. That is why we have prepared this selection of 15 recommendations for films, series and books that have been released this year and will attract your attention. Put them on your agenda!

Everything that connects us

The Canadian Prime Minister becomes a liberal sensation and hope inside and outside his country and writes this autobiography, in which he shares all facets: BA in English literature, instructor of Snowboard, Teachers, boxers and of course politicians. The magazine’s darling – he is the politician with the greatest presence on the front pages after Barack Obama’s resignation – opens the door to his family tragedies and personal experiences, but also deepens his political ideals. “Our greatest potential as a human being and as part of society is to find out what connects us, to develop a common goal, to realize common hopes and dreams,” he believes.

The decline of Neron Golden 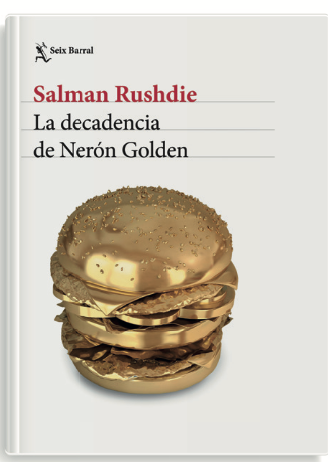 thriller Modern with a young aspiring filmmaker immersed in the dark affairs of his family, the golden one. British writer and essayist Salman Rushdie contrasts the boy’s growth with the decline of his father Neron Golden, which intentionally reflects Donald Trump’s arrival in the US presidency and the resulting changes in American society over the past eight years. like the rise of the tea party, the new conservatism, feminism and the new gender politics. 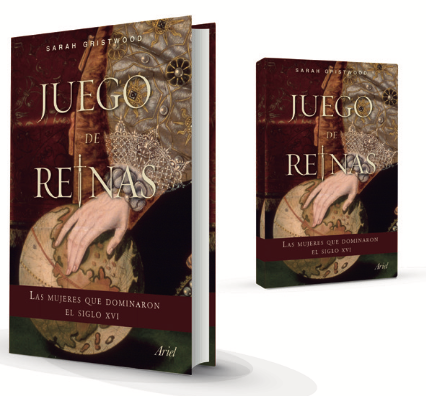 It is a collective biography based on the lives of women – queens, mothers, daughters – and shaped the history of Europe in the 16th century. Loved and hated, they were all important, they left legacies and created a “brotherhood” that led the way to the old continent. Isabel de Castilla, Margarita de Austria, Luisa de Saboya and Isabel together form an era of the queens that, thanks to the female gaze of the author of the bestseller Elisabeth and Leicester, and Arabella Stuart.

Ready Player One: The game begins 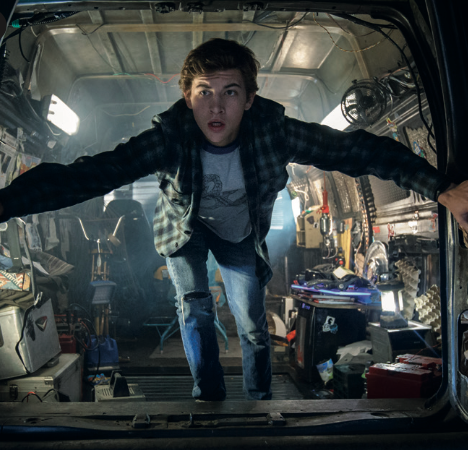 In 2011, a novel was published that combined topics such as video games, cinema, books and popular culture. Its author was Ernest Cline, who debuted with a science fiction story in the world of letters. Now the world he created and built in 2044 is moving to the cinema around a young man who keeps himself away from his crumbling reality by entering a virtual game. Wade Watts is a boy who is looking for the keys that the founder of OASIS – this programmed universe – left behind after his death. Whoever finds the three “Easter eggs” inherits his fortune. With its references from the eighties, it will be a delight for lovers of the genre and dystopias. 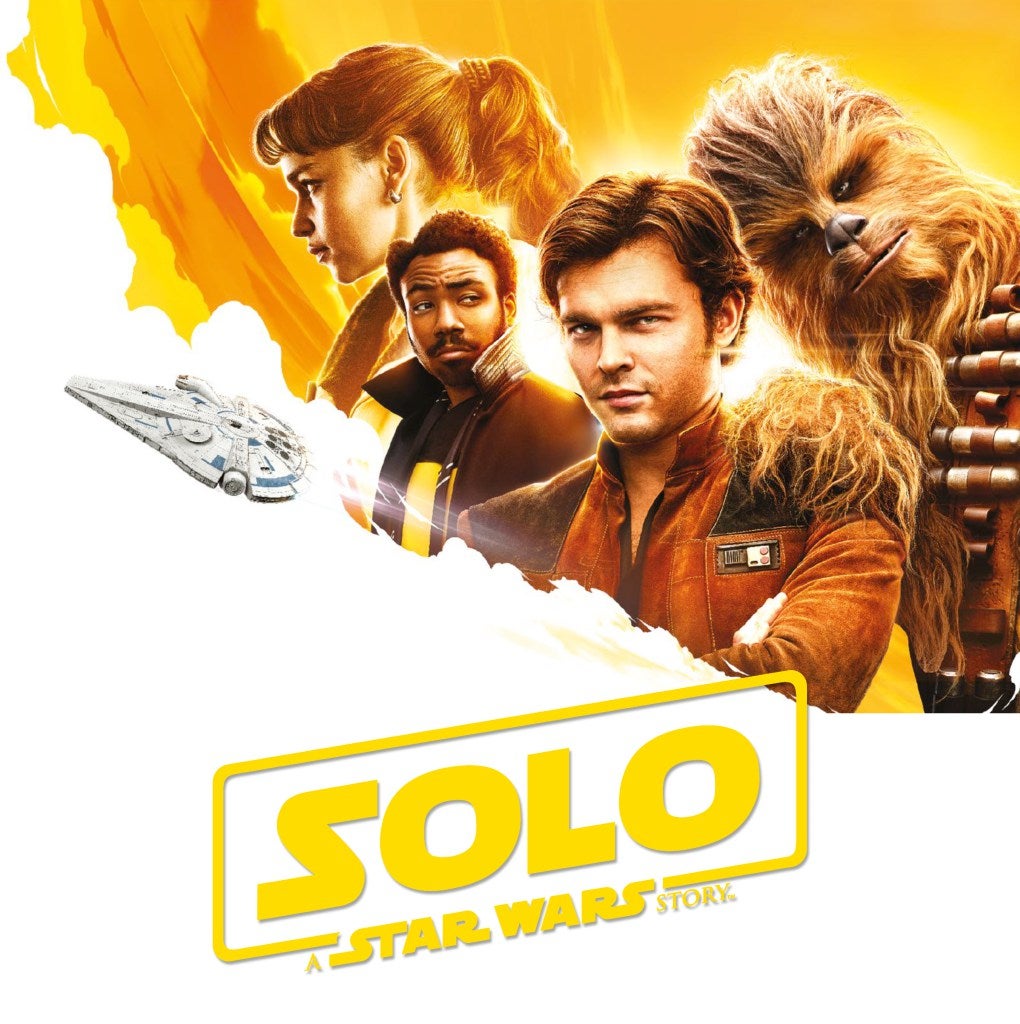 After the controversy of Star Wars: The Last JediDisney, which was really hit by fans of the George Lucas saga, has little hope that this will be a success. However, the history of Han Solo will enable us to know how this smuggler came about and who was his mentor within the profession. His crossings and failures will surely be explored, just as history prompted him to become an important part of the resistance, a born leader and one of the most popular characters in the saga. 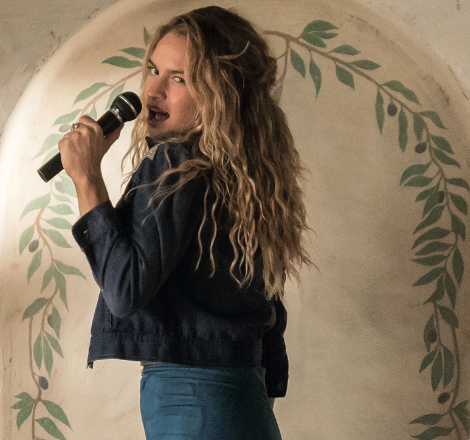 Since Sophie (Amanda Seyfried) is pregnant, she sets out to investigate what her mother Donna’s past was (she was originally played by Meryl Streep, although in this sequel it is Lily James who gives her life as a young man). Abbas music is the guide to introduce us to how the James character dealt with the news that she would become a mother and how she brought her daughter forward without her father’s support. It is a musical, yes, but also a story of tenacity and effort in which Cher will appear. 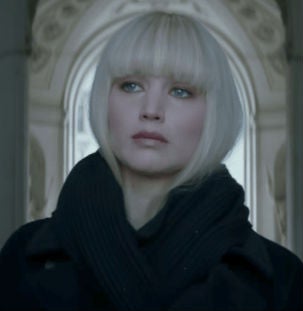 Another adaptation, only from the novel by Jason Matthews. It is a thriller starring Jennifer Lawrence in which she plays a girl who was recruited from a school that is actually a Russian secret service, where she is taught to manipulate her body and use it as a weapon. Her problem begins when she falls in love with a CIA member and this could lead to her becoming a double agent. This story is a proposal of intelligence and strategy in the style of Atomic. 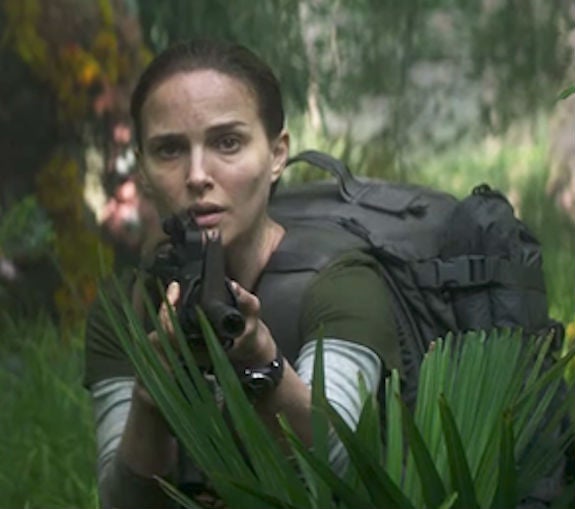 The director who left the world speechless with his first film Ex Machinareturns with the adaptation of Jeff VanderMeer’s first book of the trilogy, which is complemented by authority and adoption. This mix of fantasy and science fiction focuses on a group of scientists led by a biologist. It is the twelfth expedition to a closed area in which the overflowing nature prevents compliance with the laws of physics. Those who enter this area are never the same again. 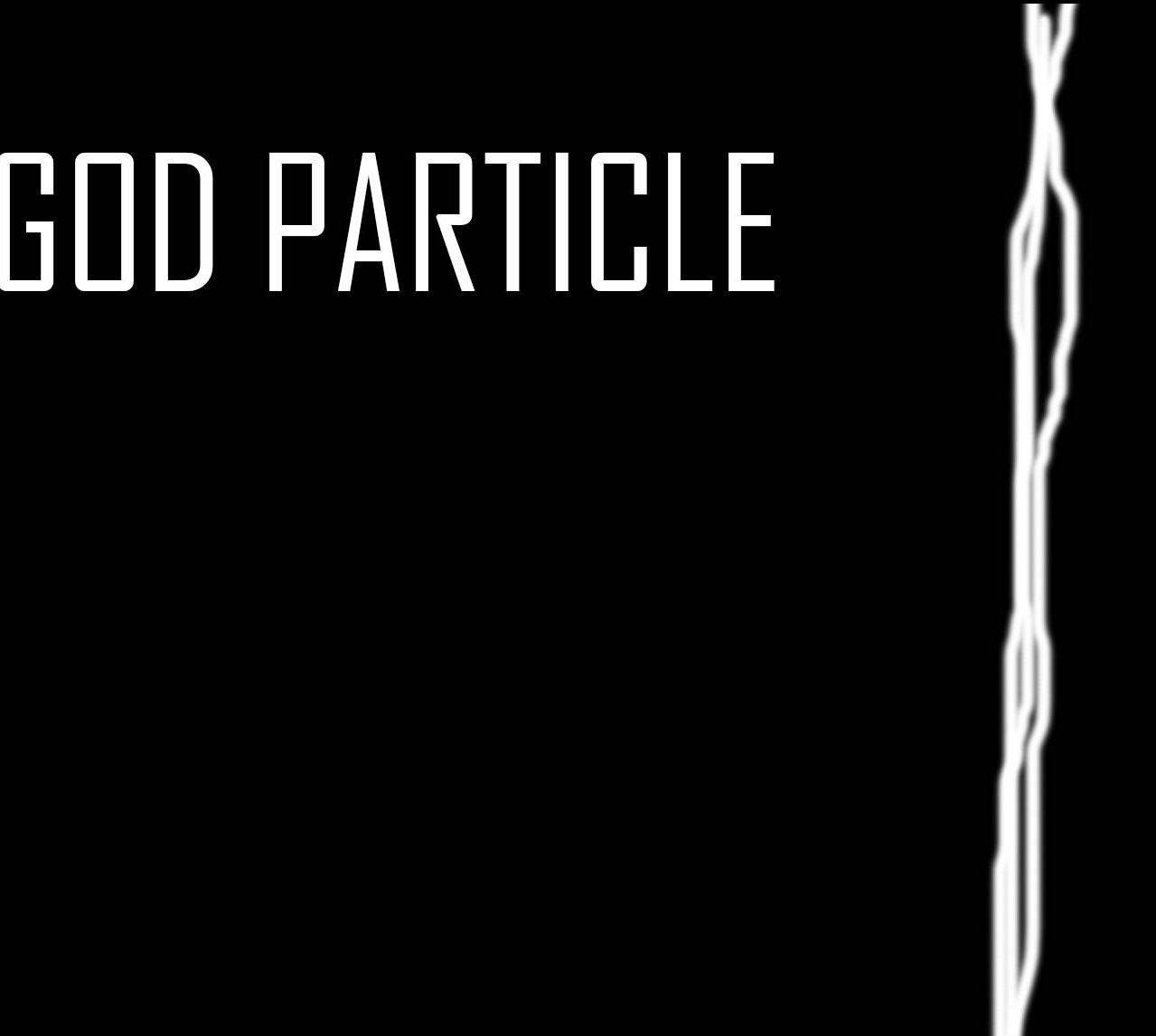 J.J. Abrams produces the sequel to Cloverfield the monster, just like in the first installment. In this film, problems escalate into space, where a failed scientific experiment results in the residents of a space station being isolated and struggling to survive. The disasters that occur here are all that we would not like to have in an entrepreneurial project. To bring it to life – or death – Elizabeth Debicki, Daniel Brühl and Gugu Mbatha-Raw join this combination of horror, mystery and science fiction. 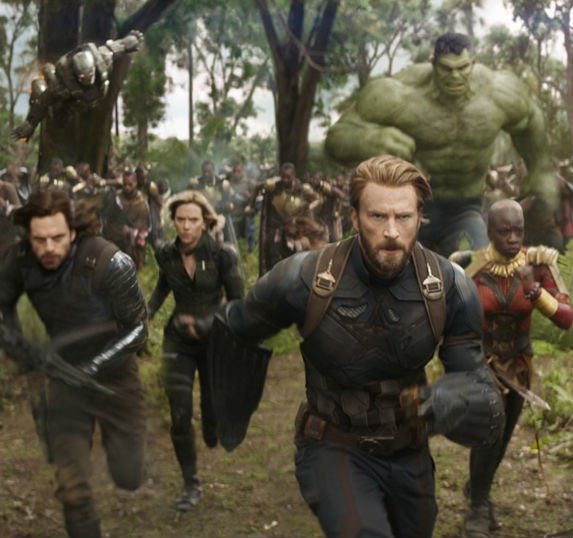 After the trailer left the internet shortly before the collapse and became the most viewed in history, the planet is waiting for the largest superhero union ever seen in the film. Avengers, Black Panthers and even Guardians of the Galaxy will team up to fight Thanos and prevent him from taking over the infinite gems. This will be the first of two installments that define what will happen to Marvel from here to the real one. Fight, sacrifice, loss, and the search for solid leadership, as well as multi-star occupation, are hopes to prevent the destruction of the universe.

After Bryan Singer left the lead due to misconduct, Dexter Fletcher took on the project that will tell us the story of Freddie Mercury and Queen, especially the events that led them to appear at the Live Aid concert in 1985. We are facing a biographical plot about success and promotion that was ultimately marked by a tragedy – remember that Mercury died of bronchopneumonia two days after the announcement to suffer from AIDS – and immortalized one of the best singers of all time . . 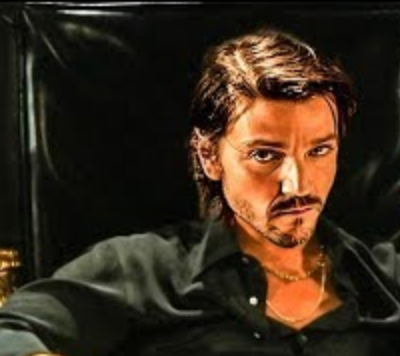 Diego Luna will print his stamp on a character that was previously played by Oscar winner Paul Muni in 1932 and Al Pacino in 1983. Unlike Tony Camonte and Tony Montana, the one from “Charolastra” will be a Mexican gangster who rises to the highest on the criminal scale and breaks down with Los Angeles as a background. It is always pleasant to see that a compatriot is successful on the other side, but this film is also about fleeting successes that are ill-founded and outside the law. 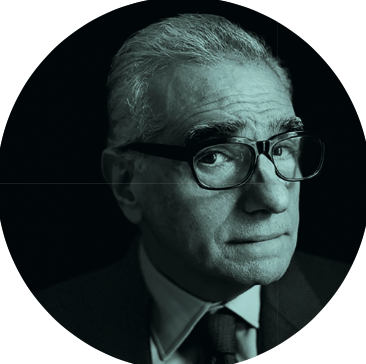 Originally on a $ 100 million budget, which ended up being $ 125 million, Netflix seduced Martin Scorsese to publish his next project on his platform. Back to his classic gangster stories and with the support of actors with whom he previously worked, such as Robert De Niro and Joe Pesci, the filmmaker tells a biography based on the book I heard you paint housesby Charles Brandt. It reminds Frank Sheeran (De Niro) of his role in the murder of union leader Jimmy Hoffa (Al Pacino). Like many of the director’s tapes, it will be a reminder of why shady businesses don’t have a happy ending. 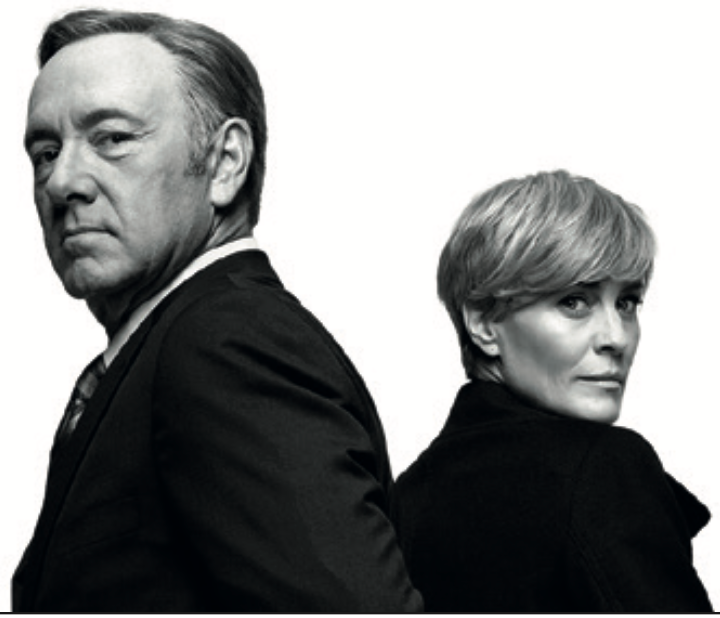 After the sexual harassment scandal involving Kevin Spacey, Netflix announced that the actor would leave the series and season six would be the last. What will happen to Frank Underwood? How will Claire take advantage of her absence since she is the mistress and lover of the White House? This has been since its first season Remake The British program has demonstrated the double standard and functioning of political “lobbying”, in which the greatest king is a Machiavellian procedure. It will be important to see how this story ends. Will there be a punishment or will the protagonists get away with it? 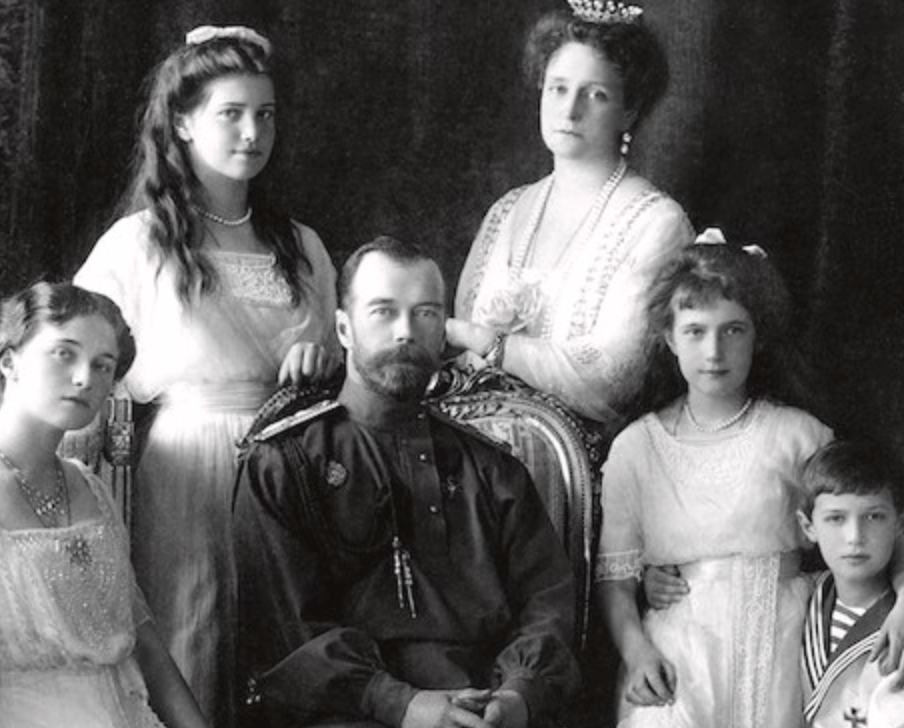 The creator of mad MenMatthew Weiner is developing an outlier story for Amazon Prime. We are talking about an anthological series about people who believe that heirs to the Romanov family. Yes, the same was the last Russian dynasty and that died from the Lenin Revolution. Although Tsar Nicholas II, his wife and their five children were executed in July 1918, there is a belief that one of the little ones, Anastasia, escaped. This drama presents us to people who believe that they are part of this heritage in a current environment.