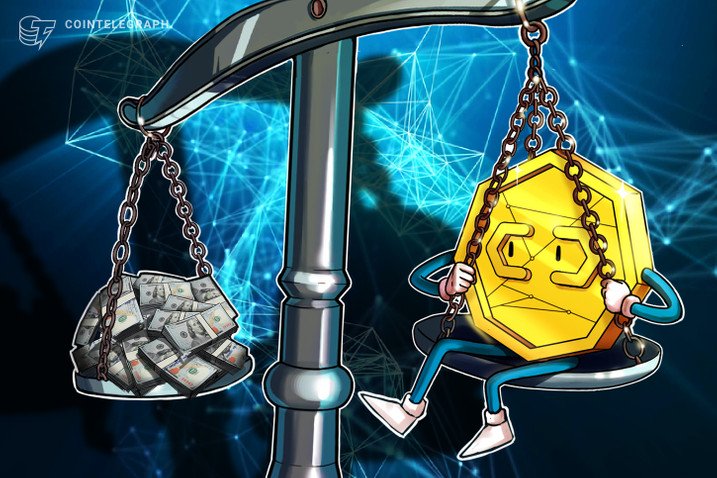 The experts' predictions about Bitcoin's halving point out that the price of the cryptocurrency may exceed $ 100,000, and this valuation is capable of benefiting other projects like Litecoin . An analysis posted on Twitter predicts that altcoin will hit $ 3,000 after Bitcoin's halving in 2020.

Just as the market expects Bitcoin to appreciate in the coming months, other cryptocurrencies also tend to increase with the halving expected to occur on May 8.

According to the Apple App Review profile that published the analysis on Twitter, Litecoin is one of those cryptocurrencies that may experience a wave of appreciation triggered by Bitcoin's price surge after halving.

The publication looks at the possibility of altcoin trading at $ 3,000 in a scenario where the Bitcoin price reaches $ 100,000. Called the “sleeping giant,” Litecoin has a chance to break price records with Bitcoin going through its halving.

Litecoin listed at $ 3,000 for Bitcoin halving

Bitcoin halving will take place in 18 days, after the market has waited four years for the event to repeat. On this day the reward in Bitcoin mining will be cut in half, which can affect the entire cryptocurrency market.

One of the effects of halving is the rise in the price of Bitcoin, and other cryptocurrencies may follow this wave of appreciation.

The altcoin would be “asleep” waiting to go through an appreciation that could mean a growth of up to 6,900% in the price, considering the current Litecoin price that is trading for about $ 43 in the market.

In addition to citing the hypothesis related to the price of $ 100,000, the Twitter profile creates other elevated scenarios for the Litecoin price based on what Bitcoin can achieve with halving.

At a value of $ 25,000, for example, Litecoin is typically priced at $ 750, according to the comparison posted on social media. On the other hand, Litecoin was trading at $ 375 at the time that Bitcoin had its highest price on the market.

Litecoin will outperform Bitcoin in 2020/2021 Bull market and here's why!

With the arrival of halving, numerous forecasts are emerging in the market that Bitcoin will grow soon. According to Cointelegraph, experts bet there is a chance that the price will rise to a million dollars.

For former Facebook executive Chamath Palihapitiya, for example, there is a chance that Bitcoin will be trading up to a million dollars after halving. The expert explains that there is a 5 to 10 percent chance that the cryptocurrency will touch this figure.

Another of these forecasts belongs to PlanB that brings the analysis of the cryptocurrency market on Twitter. This profile made correct guesses about the 2012 and 2016 halvings and believes the Bitcoin price will be trading above $ 100,000 after the 2020 halving.

Bitcoin needs to establish this value in the market for Litecoin to reach $ 3,000. Only then will the cryptocurrency have the opportunity to trade at this price.

Regardless of your motivation, if you are going to start a business, there is an ideal time to do it: now. The opinions expressed by collaborators are personal. At some point, the idea of starting a business goes through the head of almost everyone. The focus comes on in our minds when we come…

Forget the “fear of missing out” and use the “joy of missing out” to enjoy your free time. The opinions of the employees of You are personal. These are the 5 steps that will teach you how to disconnect If you are one of those people who is afraid of missing out on something…

While it looks like fun and games with this TV host, there is a lot to learn. Increase your business, Not your inbox Stay up to date and subscribe to our daily newsletter now! Jimmy Fallon phrases that will make you laugh and motivate you The success It doesn’t come overnight. It takes passion, hard…

If you want to start investing your money, and you need guidance to carry out your first operations, we share a guide in 6 steps to get started. April 19, 2020 4 min read The opinions expressed by collaborators are personal. 6 tips for the novice investor Entering the world of investments generates great…

The device projects a beam of light two meters away to ensure a safe area. Read for 1 min This engineer built a helmet with a laser beam to maintain social distance A few good things that crisis situations like pandemic that we live is leaving us, it’s a big wave of Innovation and ingenuity…

The feature that allows you to share your products and services on WhatsApp without having to send them one by one is now available. Catalogs let you highlight images, prices, and descriptions so your customers will know. Take advantage of it this season. The opinions of the employees of You are personal. Create catalogs…