Total Pass is a bizarre startup born out of the teamwork of six competitors in the fitness industry. Learn how to make competition your ally with the 'coopetition'.

You see a competitor as someone you cannot trust, with whom you cannot share information or make friends. Much less teaming. He is your enemy to win. At least this is the prevailing vision in business around the world.

The bad news is that the competition is getting more fierce, that exponential technological advances can take you off the market in a few months, that customers are more demanding and that they don't forgive the error.

To face the growing challenges of your company, all you have to do is think differently and look for options that would have seemed suicidal recently. One of these options is called “coopetencia” or “coopetiton”, which the Cambridge dictionary defines as “the act of working together with a person or company that is your commercial competitor in a way that benefits both of them”.

The term arises from a fusion between the words ” competition ” and ” cooperation “, and refers to opportunistic collaboration between different economic actors that are also competitors, using the advantages of both. The concept, which is also known as competitive collaboration, became popular in 1996 with the publication of the book Co-opetition by Adam M. Brandenburger and Barry J. Nalebuff.

A classic example of this type of alliance occurred in November 2005, when IBM and Oracle, rival companies in various sectors, established a partnership in order to capture the ERP market for SMEs.

So-called free software is also a very good example of coopetition practice: several of these development projects (like Apache and Linux) were and are funded by competing companies.

At the country level there are also examples. Russians and Americans, who were competing in space during the Cold War, have in recent years collaborated with each other for the benefit of science, dividing the huge costs involved in the projects.

There is even a very clear and surprising recent example. After three years of operating in China, in August 2016, failing to compete against DiDi, Uber sold its business to it in that country. By incorporating the UberChina business, valued at around $ 8 billion, DiDi's valuation reached $ 36 billion, making Uber the largest DiDi shareholder, with a 20% stake in the company. combined.

Luis Antonio Márquez, director of Innovation and ship at EGADE Business School , Mexico City campus, explains that “the concept is derived from Game Theory, where it is weighted to maximize profits and reduce losses, working as a team: instead of face, complement each other. “

Four years ago, the idea came up in Brazil to unite several companies in the fitness sector to go together in the corporate market. Thus, Grupo Bioritmo , creator of the Smart Fit brand, created a digital platform that brings together seven brands to offer a more varied menu of gym options.

With the idea of ​​replicating this model, Alfonso Gómez Benet, CEO of Smart Fit México, brought together several directors and owners of the main gym chains in the country. “In that spirit, we began to meet informally with different players, almost like friends. In that conversation, the idea of ​​using the Brazilian platform to create a Mexican alliance that offered this service in Mexico came up, ”he says.

The Mexican fitness market is very attractive, as it is the fourth place in the world with the highest growth in this industry and reports an approximate value of $ 1.8 billion, according to the International Health Racquet Sportsclub Association. In addition, for five years it has maintained growth of 20% and it is expected to grow 300% by 2020.

To attack the corporate segment of this market, TotalPass was born in February 2019, a new startup, with its own structure, in which six of the main competitors in the fitness sector in Mexico participate: 9Round, C + Deportivo, Snap Fitness, Smart Fit , Sport City and Sports World that together offer a total of 1,400 spaces to practice all kinds of physical conditioning exercises, individual and collective.

This network offers special prices and coverage to companies with more than 500 collaborators. The offer also includes, in its highest price range, access to the more than 2,000 “studios” of the Fitpass network throughout the country.

Until the end of 2019, TotalPass had already signed more than 150 contracts with different large corporations and had 1.5 million affiliates.

“We went out to the market subsidizing the company a bit, that is, lending people, facilities, to test. And we had a very successful success: the market welcomed us with open arms because the brands we were allied with were brands that inspired confidence. It was a milestone. ”

But starting was not so easy. The initial lack of confidence in teaming up with the competitors had to be overcome. “The first challenge was how to convince of the idea's agnosticism. And it was to the extent that more players were adding that they were raising the totally understandable mistrust that there could be ”, recalls Agustín Adelantado, CEO of Sport City.

“It is difficult to understand,” acknowledges Salomón Rayek, 9Rounds advisor, but says that a couple of talks later understood the benefits of participating, thanks to the transparency of the objectives. “We saw that the spirit was to make the cake big, the win-win, and we quickly understood that the theme was: let's get together to do something that nobody can do alone.”

How does TotalPass work? Corporations choose one of the three Total Pass schemes, depending on the level of benefit they seek to provide to their collaborators: they can cover the entire cost, partially cover it, and the collaborator contributes a small monthly payment via payroll or transfers the complete cost to the collaborator payroll discount.

Each corporate collaborator can enroll in different categories of gyms and studios, according to their possibilities and preferences. With this flexibility of payment schemes, the collaborator obtains savings of between 25% and 50% in the memberships of the leading gyms in the country, also eliminating the cost of registration and regular annuity.

With a web and mobile platform, TotalPass provides nutritional, fitness and medical assistance programs. It also offers companies the service of activating and promoting fitness programs for more assertive communication within their company.

Some of the large companies that have already contracted this service are Bancomer, Teleperformance, Uber, Alsea and Nestlé.

TotalPass moves like a startup, but with the expertise of six leading brands. “It is a company that is an undertaking, but with all the advantages of the experience and brand positioning of our chains. You have the best of two worlds: you have this agility of entrepreneurship, where the operation is super agile, every day you have to be making decisions and making adjustments, ”says Isaac Kalby, co-founder of 9Round Mexico.

Alfonso, from Smart Fit, who at the moment is the rotating general management of the new company, reiterates: “It is a pure and hard startup. The platform evolves every day. We have weekly change sprints, and the team is doing a very good job of identifying the changes and getting them up on time and doing them fast. These applications have the mission of satisfying needs or dying. Startups have that risk. ”

FROM THE COMPETITOR TO THE ALLY

If the TotalPass example convinced you to enter the cooperative, now you should see the different ways you have to approach this collaboration scheme. Depending on its nature, cooperation can be vertical, horizontal or complementary.

Vertical agreements occur between companies that intervene at different stages in the value chain of the product or service. For example, they have a supplier-customer relationship. The objective is specialization through greater vertical integration.

Horizontal agreements are between direct competitors in the market that want to carry out the same activity together. The objective is to achieve economies of scale and a market distribution.

Complementary agreements are between companies that are not directly rivals, but could be in the future. The objective is diversification to reach a more market, looking for complementary products. An example occurred with the agreement between Coca-Cola and Nestlé to market Nestea.

In order not to blindly start your cooperative adventure, here are some tips from the managers who created TotalPass:

Although coopetition is nothing new, it will be a business strategy that will occur more and more frequently in Mexico and the world, given the increasingly challenging conditions in the business world.

It is, says Luis Antonio Márquez, of EGADE, a very inclusive scheme that democratizes access to products and services. However, it warns of some risks about what type and size of players make use of this collaborative practice. “You have to be careful because this type of coopetition can give rise to monopolistic or oligopolistic practices.” 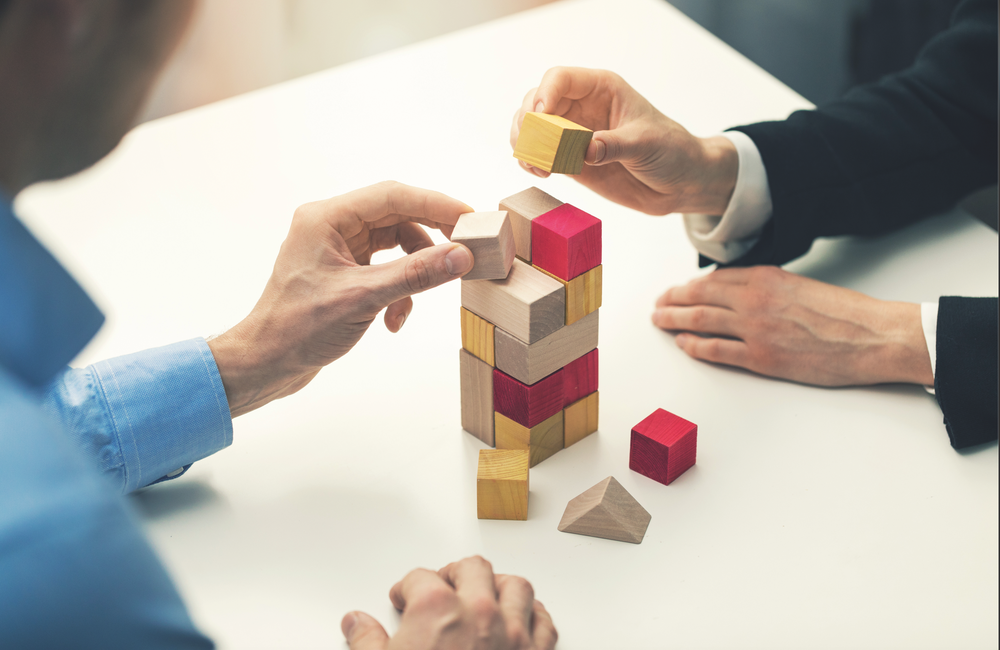 If you are going to take the step of allying with your competitors, you must first be clear about what you are looking for. There are several reasons to work cooperatively:

At the beginning of this century, the centenary was worth 3,500 pesos. This year it has reached its historic maximum of 60,000 pesos and will continue to rise. Read for 4 minutes Why this indispensable asset has become indispensable for your portfolio This story originally appeared on high level By Guillermo Barba Gold is an…

This week, nearly 1,500 people protested that the Bill Melinda Gates Foundation and transnational Johnson Johnson had developed the virus in laboratories in England. Read for 4 minutes More than a thousand people from Chiapas marched, claiming that Bill Gates invented COVID-19 to kill older adults Over 1,500 people from the Tojolabal and…

The city is looking for new residents who work remotely and want a change in life for six months. 2 min read Would you move to Tulsa, Oklahoma for 200,000 pesos? Check out the strange offer If you’re a fan of “Friends,” you probably already have an idea of ​​what it would be like to…

Everything indicates that it is a question of getting more orders. 2 min read Smartphones appeared on the outskirts of Chicago. Outsourced employees hang up the phone and link it to their personal cell phones for more efficient deliveries. Amazon deliverers hang their cell phones in the trees Why are the delivery men Amazon Have…