Aristotle would say that people are “social beings by nature,” and as a result of this trait we tend to create relationships of various kinds, ranging from loving, friendly, and familiar to great business relationships.

Ecomsur is a company of Full commerce, This resulted from a merger between a Chilean company of the same name and a Mexican Ingnite. The history of this company will help us review some steps that may be useful when you are in a moment of union with potential partners.

As a process of “spontaneous generation”, Ecomsur was born in 2011 in Chile with the aim of supporting companies in developing their sales strategies in the digital world.

“Either by supporting the full outsourcing of (e-commerce) services or by supporting some of these services, such as: implementation of the e-commerce business, day-to-day operations, digital marketing, logistics and fulfillment, customer service , Customer experience, reporting and information problems, system integration up to reaching the omnichannel path, ”he explains in an interview for in Spanish Rodrigo Cerda, Deputy Business Development Manager at Ecomsur México.

As the company grew and made a name for itself in its home country, it found the structure and investors to better develop the company’s model Full commerceThis refers to the “comprehensive digital channel management, the set of tools and services required for high-performance management and implementation of e-commerce”.

In 2017, several well-known companies or groups of companies like Samsonite started asking for operations in other Latin American countries and it was time to grow. Likewise, “one of the founders of Ecomsur by the name of Mario Miranda realized that there was indeed an opportunity in other countries, and he wanted to recreate the model. So we saw a secure company in quotation marks, which should justify the start of the extension with customers in Chile in Peru, Colombia and perhaps Mexico, ”explains Cerda.

In Mexico, for its part, Ingnite would be born in 2015, a company founded by Jorge Fernández-Gallardo that would largely coincide with the purpose for which its predecessor was founded. 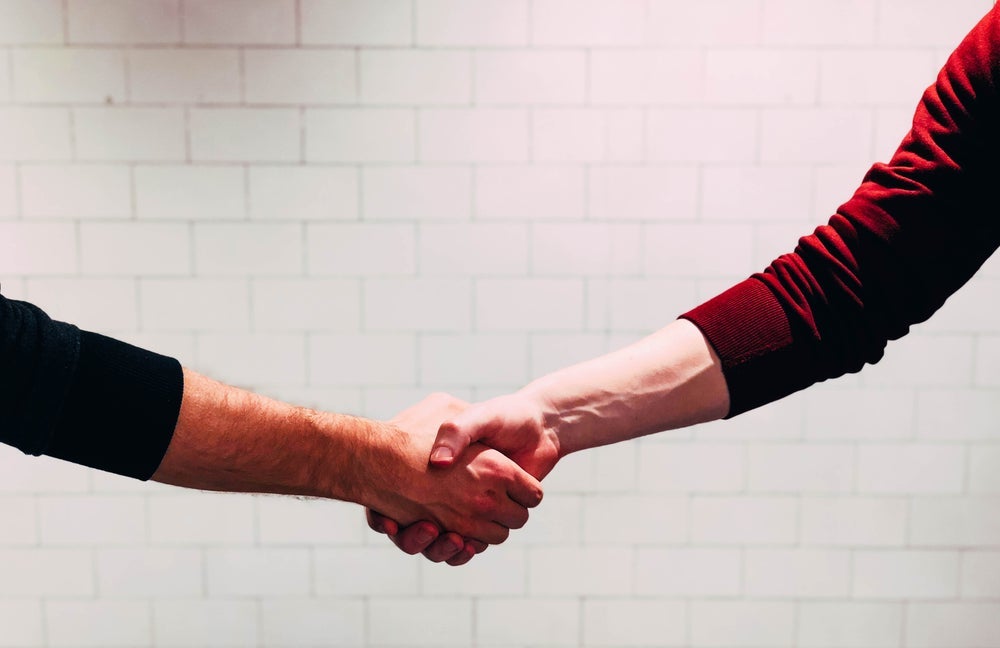 The beginning of a relationship

Fernández-Gallardo founded Ingnite in January 2015, and after meeting Mario Miranda in 2018 and sharing “war stories”, they discovered they were starting the same company without knowing each other. “They were mirror companies with a few small differences,” says Jorge Fernández-Gallardo, Ecomsur CEO for Latin America North.

“The painting we saw in the market was exactly the same … To make it short We founded the company “mismita”, except that I founded it in Mexico in 2015 and we didn’t know each other, we knew absolutely nothing about each other, ”explains Fernández-Gallardo.

Both companies were particularly focused on retailers and malls, “which are struggling to make the leap into e-commerce,” said the Mexican businessman.

Both Ingnite and Ecomsur started with small customers, family businesses that were struggling to scale their digital sales system, and as their users grew, a Brazilian gamer knocked on the door.

“As we tested ourselves and made a name for ourselves and the number of customers we could serve grew, a third partner knocked on both of us at the same time. This is the Brazilian partner we have, a company called Synapcom.” he says. Fernández-Gallardo.

Brazilian entrepreneurs realized that it is important to be able to offer the same service to brands in different countries and that they cannot do this on their own.

“They realized they couldn’t do it alone. A Brazilian who comes to Mexico or goes to Chile doesn’t necessarily know the local ecosystem, he understands the retailers, the market and the consumer. So it was very important to have that local strength and we got to know each other and did partnership Ecomsur on the one hand with Synapcom and Ingnite on the other hand with Synapcom, ”he says.

Ingnite would enter Colombia and run a local company that provided him with knowledgeable staff of the market in the South American country while Ecomsur expanded through Peru.

“Before the pandemic, we realized that no one would be able to do this extraordinarily well without local support and without really meeting in a bloc. You can be very good at what you do but I think you need to have the humility to understand how far you can go and then when you get together with other people you can be more powerful, and the equation of One plus one, if you are the right people, does not give two, gives three, gives four, gives five, if this one alone could not achieve two, ”explains Fernández-Gallardo.

The founders met in 2018 and had their “first date” in mid-2019 with companies that could possibly achieve a merger or come closest to marriage.

“In mid-2019 we got together again to talk and said: ‘Let’s see, that makes sense worldwide, we like each other very well, we basically believe that we have the same history, very similar companies and that we are the world in a similar way let’s get to know a little bit more. ‘That’s why we made a conscious decision to go through a phase like dating before we got married, and I think that’s very important when we talk about corporate mergers, “says Fernández-Gallardo.

According to the Mexican businessman, corporate mergers aretricky ‘ (difficult) and sometimes they go wrong. “Joining two companies is not trivial,” especially if they come from different cultures. If the right synergies don’t exist, it can become more destructive than constructive.

“We decided to get to know each other first and the right way to do that was to become friends and then live together. If it worked, it would be natural for this to culminate in a formal marriage,” explains Fernández -Gallardo.

During the dating phase, Ingnite’s founder and his team found that due to the years of benefit Ecomsur had given them, they had more volume, which meant they could invest more too.

“When we saw the software they had, we found that it was more advanced than ours and very interesting. We also found that the technology development plan we had was practically what they already had,” says Fernández-Gallardo.

First, they placed one of the Mexican company’s operations in the Chilean company’s system.

“There we took the next step, that is, we had our biggest implementation of 2019, which was the Carter’s business, baby clothes. We decided to put it in the hands of Ecomsur. If it was a more intense step, it was it’s like giving the ring because it was our most important customer. It took us almost a year and a half to win this customer. and since we implemented it, we decided to do it in the Ecomsur system, “commented he.

The project went “extremely well” and gave “the couple” the perfect opportunity to get to know each other’s families. Part of the Ingnite team had the opportunity to travel to Chile and the USA team coming from Ecomsur to Mexico to work hand in hand.

“This implementation was crazy, that is, in hours and work, and it was achieved that we all knew each other, that many people from Chile traveled to Mexico and worked hand in hand with us, and that some of us traveled to Chile to meet them “Says the CEO.

At the end of this test, the companies were already committed and ready to merge. At the end of this project we said, ‘This makes sense. We agreed on a price, a start date January 1, 2020 to work together, and we signed the merger agreement before November 2019. So at the beginning of January last year (2020) we started to operate as Ecomsur México and Ecomsur Colombia. “ 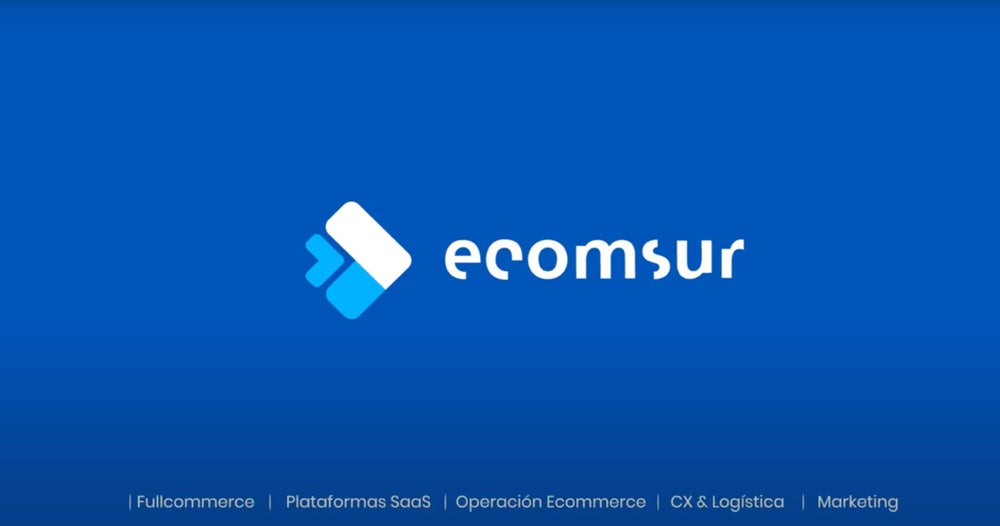 Today the company operates in four countries: Chile, Mexico, Colombia and Peru. “It’s a single infrastructure, a single backbone, but with an overpowering tropization and execution in each of the countries with local teams and local partners.”

“Nobody expected 2020 as it was.” Over the past year, e-commerce has grown exponentially, according to reports from SAP Mexico, a provider of computer solutions. E-commerce grew 94 percent.

In terms of sales, according to the final results of the 2020 hot sale in Mexico, historical sales of more than 20 billion pesos were recorded with a participation of 12 million Mexicans, a value that was higher than the value of 2019 with total sales of 11 billion Pesos. In addition, the last edition saw a 58% increase in new customers.

“I think in that sense the truth is that I consider myself very happy and I know that Mario also considers himself very happy with the point in time when things happened because even though we worked very hard and had certain elements It could be very successful in the future. We never thought how quickly we would have a tailwind as big as the one we had in 2020 at the industry level, which got us to do this with all of the customers that we already had to grow strongly and helped us a lot to find new ones, ”says Fernández-Gallardo.

“With the pandemic (e-commerce), priority became number one … And the best part of all of this is that we have realized that our infrastructure and systems support much more volume and growth than we believed ourselves”, he concludes.

Do you want to reach the top and stay there? Grow these daily habits from today. The opinions expressed by employees are personal. Have you ever wondered how some people got so successful? A great idea, motivation, persistence and a bit of luck were helpful, but what lies behind are the habits shared by…

The update only removes Adobe Flash Player installed by your version of Windows. 2 min read This Windows 10 update allows you to uninstall Adobe Flash Player This story originally appeared at high level The update works for the mentioned operating system as well as for different versions of Windows Server. Adobe announced that it…

Now that you’ve got yours financial goals For this year 2021, you might be wondering how I can make it come true. I’m going to tell you how to get there, but I want to give you a different angle so that you can achieve whatever you set out to do, not just your financial…