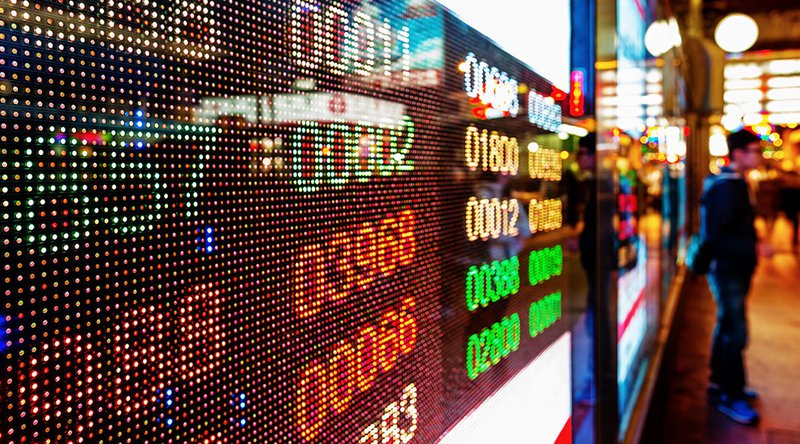 Regulators in Hong Kong have issued a strict warning to exchanges doing business with Chinese customers about trading tokens deemed as securities.

In an announcement today, Hong Kong’s Securities and Futures Commission (SFC) said it has sent letters to seven Hong Kong exchanges and firms attempting to fundraise through initial coin offerings (ICOs), warning them about the legalities of selling digital tokens with the characteristics of securities. Most of those receiving the letter confirmed compliance with the SFC’s regulatory regime or delisted tokens in question.

The agency said it had been receiving complaints from Chinese citizens about market manipulation on exchanges. Some said they were unable to withdraw funds and reported significant losses due to “technical breakdowns” on exchanges.

“We will continue to police the market and enforce when necessary,” SFC CEO Ashley Alder said in a statement. “But we are also urging market professionals to do proper gatekeeping to prevent frauds or dubious fundraising and to assist us in ensuring compliance with the law.”

The agency also cautioned investors about the risks involved in trading cryptocurrencies, including price volatility, theft and fraud, and the difficulty of recovering losses.

The SFC issued two prior warnings to exchanges, one in September and other in December, about selling bitcoin futures.

Today’s statement follows a denial by Hong Kong–based exchange Binance, one of the largest cryptocurrency exchanges, that it had been hacked after it suspended trading on Thursday. The company blamed the suspension on a prolonged system upgrade.

Regulators in Europe and in the U.S. are coming down on fraud in the space. Earlier this week, representatives of the U.S. Securities and Exchange Commission (SEC) and Commodity Futures Trading Commission (CFTC) spoke before the Senate Banking Committee about future cryptocurrency regulations. And recently, several U.S. banks banned customers from using credit cards to buy digital currencies on exchanges.

DecentralizAR 2020 takes place on Thursday 30th and Friday 31st July. a series of conferences organized by the Civil Association for the Development of Decentralized Ecosystems (NGO Bitcoin Argentina). This was reported to Cointelegraph in Spanish by this institution through a statement. The initiative takes place in the context of a delicate economic scenario. and…

Rothschild Investment Corporation, a leading Chicago-based financial institution founded in 1908, has invested heavily in Grayscale’s Bitcoin Trust (GBTC)According to a report filed with the United States Securities and Exchange Commission (SEC) on Monday morning. Rothschild announced that it owns 30,454 GBTC shares as of December 31, 2020according to Form 13F-HR, also known as the…

Ethereum is once again at a familiar crossroads. As the price of its cryptocurrency ether has soared (and then corrected) in 2018, one thing has remained constant – users continue to lose money due to hacks, faulty code and human error. It’s an issue that in the past has split the platform into rivaling forces…

Former White House Chief of Staff under President Donald Trump, Mick Mulvaney, now runs a hedge fund. Since 2014, Mulvaney has been recognized as a Pro-Bitcoin Official (BTC) promoting the practical regulation of cryptocurrencies. The new fund is called: Exegis Capital, This was announced during a podcast with SP Global Market Intelligence. Mulvaney would work…

A Reddit user named “satoshinakamoto7” claims to have used his MOON tokens to pay the monthly rent. This is another sign that cryptocurrencies are adding real value to people’s lives. In a post that appeared on Tuesday, satoshinakamoto7 said they spent all of their savings on cash and gold during the pandemic after being out…