WeWork suffered one of the most dramatic commercial debacles of recent years after its failed attempt to go public.

WeWork coworking spaces are everywhere. This company has 848 open or available locations in 123 cities around the world, on five continents, according to its website. Its concept of hybrid real estate and technology business, to generate a “physical social network” , grew in a decade at a rapid pace.

But the alerts came on in September 2019 when the company announced its IPO plan to the regulatory authorities in the United States and Wall Street found many irregularities. This caused that in less than five months, the value of the company went from 47,000 million dollars to less than 8,000 million, its CEO was dismissed, the company rescued by its majority shareholder, who named the veteran of the real estate sector Sandeep Mathrani as the Person in charge of removing the company from this crisis.

When Adam Neumann met Miguel McKelvey , the first took off a baby clothes startup, while the second worked in an architecture workshop. If you want to know more details of the history of this “unicorn” , we invite you to review this chronology:

2008. Adam Neumann, of Israeli origin, and Miguel McKelvey, of American origin, founded the Green Desk real estate business, sustainable workspaces with recycled furniture and electricity from ecological sources. A first version of what WeWork would be.

2010. Adam Neumann and his wife Rebekah Nuemann, together with Miguel McKelvey founded WeWork in a 300 m 2 space in the Little Italy neighborhood, New York, whose concept was to create a 'physical social network', where people could interact in common spaces, with beer barrels, free coffee and glass walls. 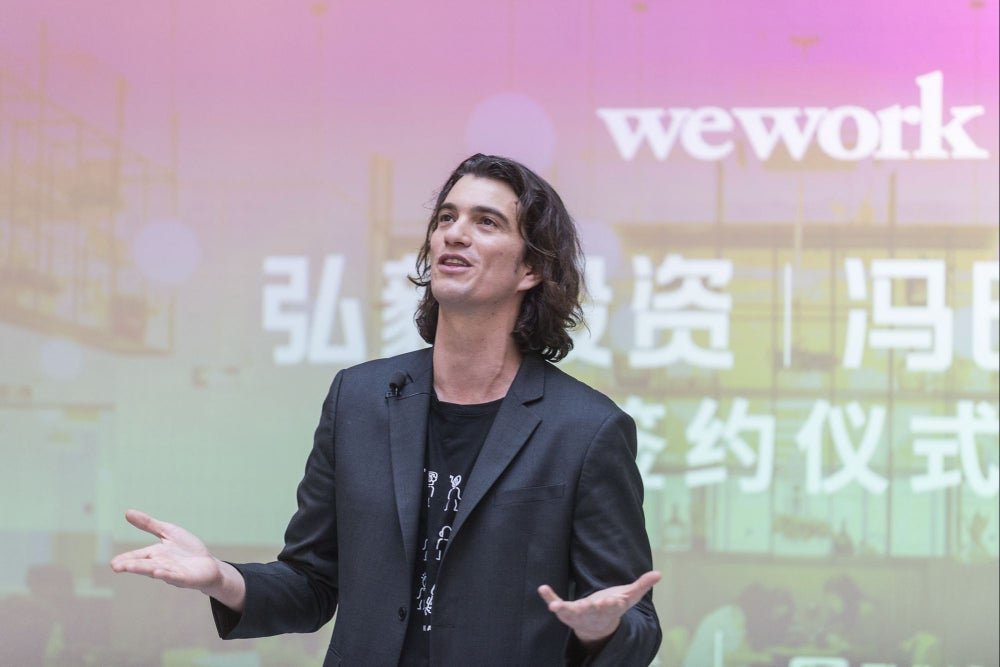 The business model is to lease spaces in buildings for a long time, generate added value to those places and sublet them for short term to entrepreneurs, companies and people.

2014. It had 23 spaces in eight cities within the United States and began its expansion abroad with the opening of WeWork London.

2017. They open for the first time in Latin America in Sao Paulo and also arrive in Mexico with clients such as Microsoft, Salesforce, Samsung, Spotify, Starbucks, Pinterest and Facebook.

WeWork was worth more than $ 47,000 million. Its CEO, Adam Neumann said that value had nothing to do with their numbers, but with “their energy and spirituality . “ 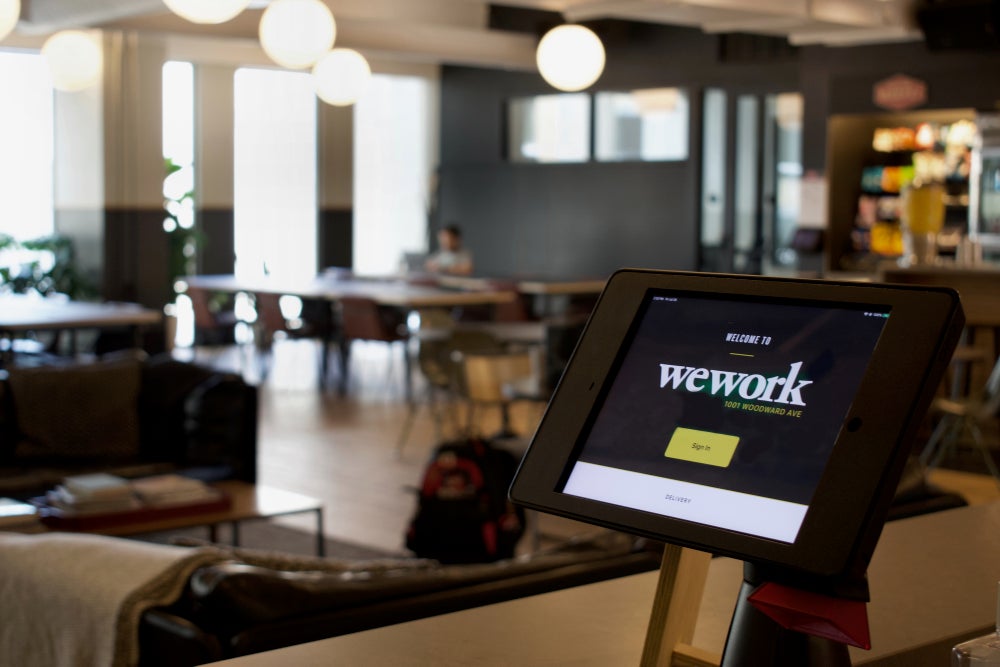 January 2019. The company is renamed The We Company with several business lines such as the dorms called WeLive, the fitness studio called Rise by We, a merchandise store of “We” with clothes and souvenirs, WeGrow, school for children where they teach them to grow food, to speak Mandarin and Hebrew, all with an entrepreneurial approach.

August 2019. WeWork launches its Form S-1 (to go public) with the intention of selling shares for a total value of 3,500 million dollars, but its plan quickly collapsed under the scrutiny of Wall Street as it presented losses of 25 per hundred.

At that time it appears that the company spent much more than it was generating in income, there were conflicts of interest and family involvement of Neumann, several of the properties that WeWork leased were partly owned by Neumann.

September 2019. WeWork drops its valuation from $ 47,000 million to less than $ 8,000 million in the face of the IPO, due to the doubts it generated fret its investors.

October 2019. Adam Neumann resigns as president and CEO of the company. Enter Sebastian Gunningham and Artie Minson, co-CEOs. And We Co. withdraws its public offer.

February 2, 2020. Sandeep Mathrani , a real estate business veteran, is appointed as the new CEO of WeWork. Who as of February 18 will report to Marcelo Claure, chief executive of WeWork and chief operating officer of SoftBank Group Corp.

Mathrani was executive director of General Growth Properties in 2011 when the company resurfaced from the largest real estate bankruptcy in the history of the United States. In 2017, it sold the business to Bookfield Property Partners LP for $ 15,000 million.

Mathrani will focus on office rental and will sell business units and other participations, such as the one he had in the startup focused on shared work space for women: The Wing.

PathBooks, the interactive book platform created in Matamoros, Tamaulipas, releases its content to deal with boredom during this pandemic by COVID-19. March 31, 2020 4 min read The opinions expressed by collaborators are personal. Create your own story during this quarantine with PathBooks Surely you know the story of Cinderella , the story of…

The theme of a 2012 viral meme was based on its popularity and sold it as a non-fungible token (NFT) for more than $ 36,000. according to BenzingaKyle Craven, whose less-than-flattering yearbook photo became the subject of memes, sold the original image for $ 36,134 through the Digital Art Market Foundation. The man behind this…

The CEO of Facebook had Steve jobs, the founder of Microsoft had Warren Buffet and the founder of Virgin relied on Sir Freddie Laker. Do you already have someone to follow? March 5, 2020 1 min read This story originally appeared on Dear Money Infographic: Reasons to have a mentor Currently, many people want to…

This is the comparison of the COVID-19 vaccines being considered for their next use in Latin America. 9 min read Which is the most effective Editor’s Note: This article is constantly updated. The vaccination against the SARSCov2 coronavirus that is causing the pandemic of COVID-19 in the world will be a central issue for all…

Though, as a business owner, you probably don’t have the free time or money to go away vacation, maybe that’s what you need to improve yours productivity. According to experts, you don’t need a full week to recharge your energy as just one day may be enough to meditate or relax and relieve stress. Infographic:…

Profeco published the list of special flexibility conditions for the coronavirus pandemic that brands have for you. March 19, 2020 1 min read The health emergency caused by the spread of the Covid-19 virus around the world has caused large airlines around the world to cancel routes and flights. This may be a problem for…