Around the world, young people like Melati Wijsen and her sister, Isabel, are taking a stand, campaigning for change to protect their future and that of the planet.

The girls grew up on the Indonesian island of Bali, where the golden sun-drenched beaches had been covered with plastic debris dragged along the ocean. Then, in 2013, the sisters, then 12 and 10, respectively, decided to do something about it.

Melati has presented three steps that he believes anyone can take to make a change for the better.

“Find that thing that you are incredibly passionate about, which you think about 24 hours a day, 7 days a week. This is important because focusing on one thing allows you to find that tangible way in which you can make a difference. “- Melati Wijsen, founder of Bye Bye Plastic Bags

Tired of seeing the beautiful beaches of their island covered in garbage, in 2013 the girls founded Bye Bye Plastic Bags (BBPB) , a campaign to ban single-use plastics in Bali.

At the beginning of the campaign, Bali generated enough plastic every day to fill a 14-story building. And 95% of the plastic bags were thrown away after using only once.

The BBPB movement mobilized young people on the island to raise awareness about the issue and pressure the authorities to take action.

Step 2: know how you will achieve your goal

“The goal with Bye Bye Plastic Bags was to ban plastic bags. But we started doing beach cleaning, educational workshops and talks with different people campaigning. Those are some of the different ways you can achieve your goal. ”

The sisters organized beach cleanups and spoke in schools, festivals and markets. They even went on a hunger strike to call attention to their cause and finally convinced the governor of Bali to meet them.

After six years of tireless campaign, Bali banned single-use plastics in 2019, including bags, straws and styrofoam items, such as cups and food containers. 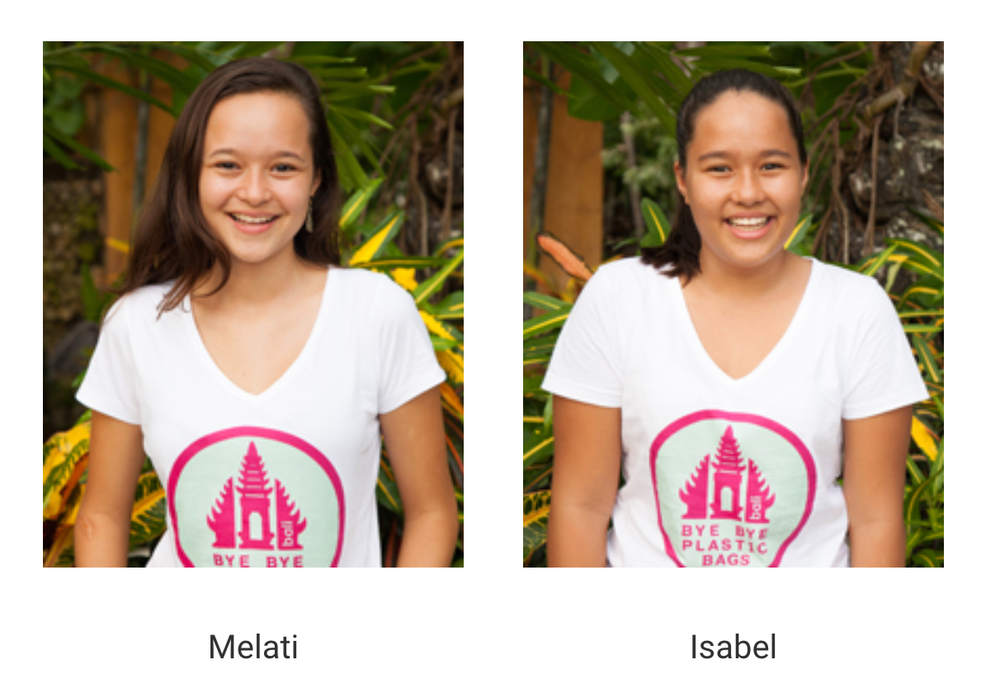 “You need to have a team and surround yourself with like-minded people to bring your idea to reality. But where are you going to get a team? We start with our closest friends. Call them, look at your teachers, your parents and your local communities. And if you speak from the heart, people will follow that, “says Melati.

Since its humble beginnings, the Bye Bye Plastic Bags campaign has spread throughout the world. There are 50 teams operating in 29 different countries and he has spoken with more than 60,000 students.

“Time does not stop. Everything is happening in our life and we know it. Science, the facts are all there … young people are realizing the potential they have to drive change.”

Through workshops, meetings and online classes, the new initiative aims to teach potential activists skills in areas such as public speaking, how to organize campaigns, leadership and talk to governments.

“No matter how old you are or where you come from, you can always lead by example. Do not wait for permission. Do not wait until you are older for someone else to make that path for you. Make your own path, and go for it. ”

Ann Herbert stepped down after it became known that her 19-year-old son was using her credit card to buy and sell shoes from the brand. 2 min read Senior Nike Executive Resigns Following Shoe Resale Scandal Nike confirmed by a brief statement that Ann HerbertThe company’s general manager for North America resigned after 25 years…

Here is a collection of apps to help you study and focus to continue learning from home. 2 min read The opinions of the employees of You are personal. Tools you can find on Google Play We are starting the school year again, but under very special circumstances due to the coronavirus pandemic responsible…

Have the ability to recover or Resilience This means that you will face adversity or failure and can react positively. Studies show that this characteristic is crucial for successful navigation in life, work and relationships. For this purpose we have been dealing with the “secret recipe” for resilience for decades. Psychologist Emily Wenner has studied…