In many cases, formalizing an activity we’re already doing can be a great business opportunity. We just have to look at the example of Juan Carlos Alonso, the founder of Acadeli, a company that markets chilates, a pre-Hispanic drink, in tetrapak and powder.

Juan Carlos, a native of Ayutla de los Libres, an indigenous community on the Costa Chica in the state of Guerrero, transformed the activities he and his parents did to support their business lives into a promising business in which all sharks from Shark tank Mexico were interested.

“My parents and I have been selling this product informally for years to support our lives and needs. When I came to university to study business, the idea came up to give it value, and that was the focus.” says Juan Carlos in an interview with s in Spanish.

In 2017, the young graduate of the Faculty of Accounting and Administration of the Autonomous University of Guerrero started the concept of selling chilat in tetrapak and powder with the aim of preserving a thousand-year-old practice and promoting the taste of Guerrero and Mexican families Drink. 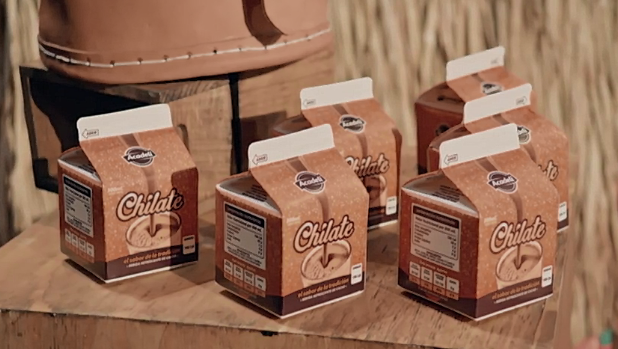 “We are aware that we are preserving our old practices and promoting the economic activity of the production chain towards our economic operators. We have set ourselves the task of creating added value that meets the requirements of the market to satisfy the palate of the guerrero and Mexican families can reach this emblematic drink of the Guerrero state, ”comments the entrepreneur.

He also said that implementing the liquid as a social plan has created productive chains for the benefit of marginalized communities in the Mixtec, Tlapaneca and Amuzga indigenous areas.

Chilate is a drink from the Costa Chica in Guerrero, Mexico that is made from cocoa, rice and cinnamon, although its name comes from Nahuatl chiliatl, Where chili It is chilli and atl, Water and means “chilli drink”, this liquid contains no chilli. 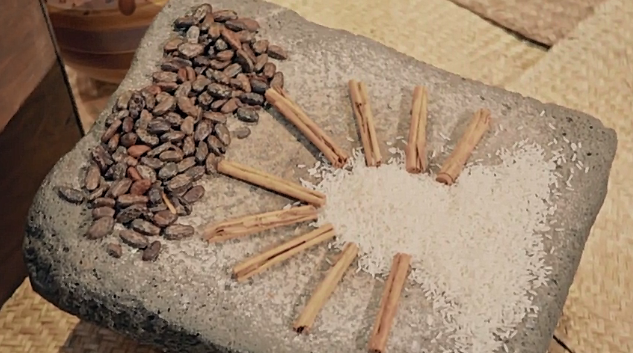 The stone on the street

According to Juan Carlos, the most difficult part of his project was to open sales channels for the general user. After exertion and willingness to make sacrifices, however, they managed to position themselves in large chains within the state of Guerrero.

“The hardest thing for management to enter the retail channels was mainly due to sacrifice and effort. We have already positioned ourselves in the retail and self-service chains like OXXO and Soriana under the distinctive ‘Pride Warrior’.” a quality mark that the state government gives for products that meet the required regulations, ”explains the young man.

Acadeli is currently venturing into other channels such as Walmart and Chedraui and is also planning to expand the OXXO chain. In 2019, this company had earnings of one million pesos. 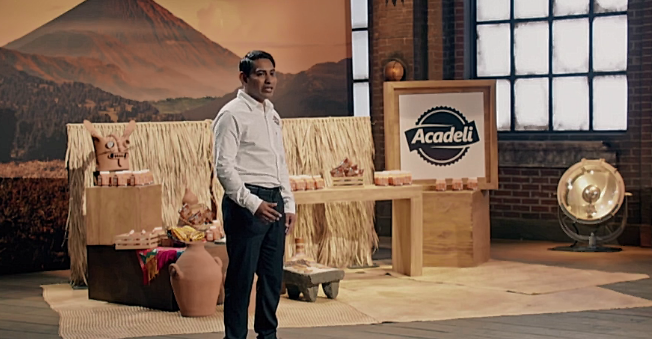 Two years ago, Juan Carlos decided to register to participate Shark Tank México, which airs on Canal Sony every Friday at 10:00 p.m., and he was only contacted last year to participate in the program.

“I signed up two years ago and luckily one day I got a message on WhatsApp and we started sharing this great experience there,” he says.

The young man from Guerrero invested 200,000 pesos against 20% in his company. Arturo Elías Ayub showed his interest and immediately offered him exactly what the entrepreneur was looking for. However, it was not the only shark interested.

Carlos Bremer, Patricia Armendáriz, Rodrigo Herra and Ana Victoria García also showed interest in participating in the company and offered Juan Carlos their suggestions and how they could help him grow. 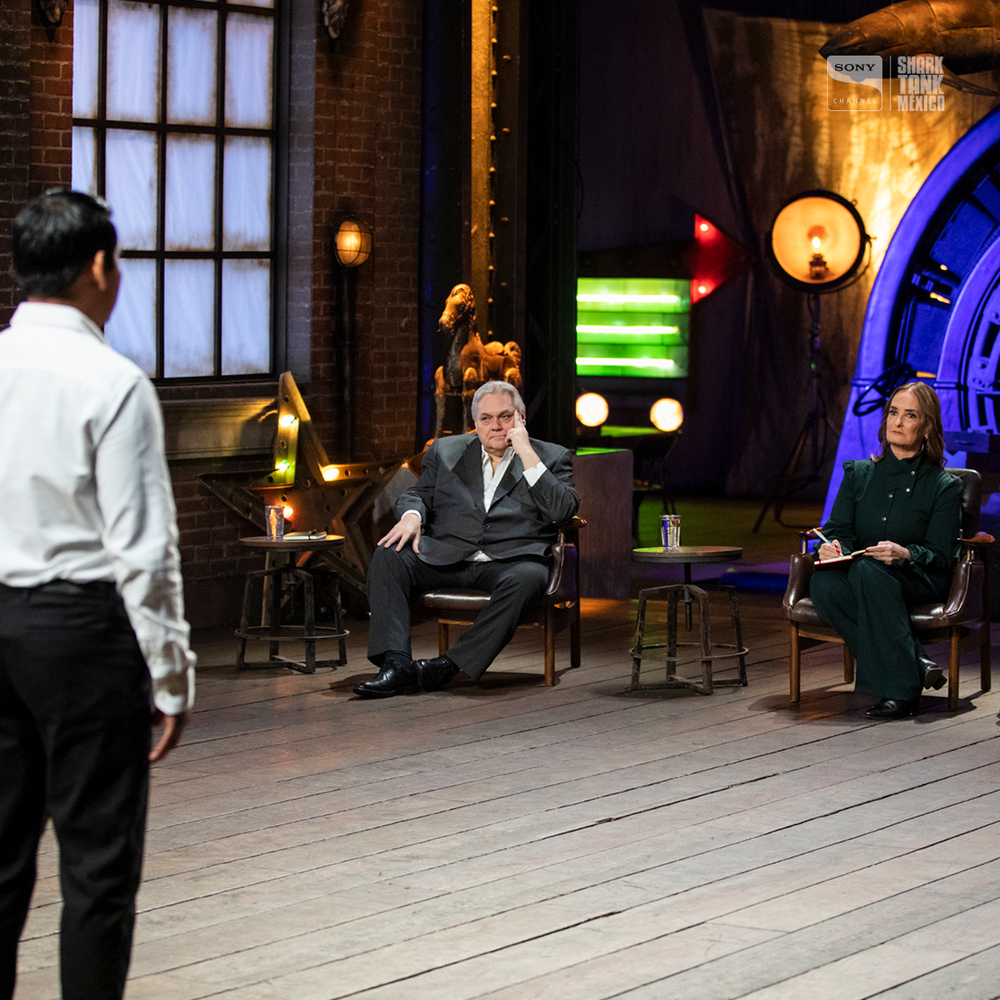 Finally, the young entrepreneur concluded the contract with Bremer, Arturo and Rodrigo for 300,000 pesos and gave up 30% of his company.

With his product and an almost perfect playing field, Juan Carlos conquered the sharks and the next thing for his company is growth and expansion.

“We want to promote our vision and, as already mentioned, position ourselves on the palate of the Guerrero and Mexican families, but above all make this emblematic drink known and present it to the state of Guerrero with what has not been officially marketed. It is great.” Opportunity. We want to preserve our thousand-year tradition and make the gastronomic identity of the Guerrero state known, ”he concludes.

“Unit economics is the direct revenue and costs associated with a particular business model expressed on a per unit basis.” The opinions expressed by collaborators are personal. Being surrounded by startups at an early stage in my day to day, I have noticed that many of its founders are not seeing the real unit…

Many people want to start a business, but few have the qualities required to do so. There are many in the world who are absent Found a company or start a company. After a global economic crisis in which jobs stalled. Well, in that context, the need for self-employment and an independent source of income…

Read for 9 min The opinions of the employees of s You are personal. A troubled river, entrepreneurs profit With the appearance of the SARSCov2 coronavirus responsible for the disease Covid-19Humanity faces a multi-dimensional challenge – a multi-headed hydra – that has tested the responsiveness of hundreds of countries to address this disease. Just as…

3 min read The opinions of the employees of You are personal. This is the reason why many users are switching from WhatsApp to Telegram We know that as an entrepreneur, you are busy and probably don’t have time to catch up on everything that’s happening in the world of business, technology and finance….

We share some PR strategies to be on the client’s mind (and heart) and earn their trust. The opinions of the employees of You are personal. 5 tips to make your customers fall in love When starting a relationship with customers, it is important that communication takes place and the little details are considered…

Visa and PayPal recently announced that they would allow the use of cryptocurrencies on their platforms. According to Reuters, Visa announced yesterday that it would explicitly allow customers to use the USD Coin cryptocurrency for transactions made over the payment network. Visa has been informed by the news agency that it has launched a pilot…