Guillermo Jiménez always wanted to be an architect. He studied this career and practiced the profession for a while, but decided to quit his profession for a strong reason: to take the reins of the Mexican candy family business that their grandparents built. Today Guillermo is in charge of Dulcería Jiménez Hermanos, a small company with more than 80 years of manufacturing experience Sweet potato, pumpkin, chilacayote, coconut candyand this season’s queens: the Sugar skull.

At the time of day of the DeadThe company produces approximately 350,000 Calaveritas that are retailed at a facility in the Merced store in Mexico City and to direct customers responsible for wholesale sales in markets and malls throughout Mexico. Guillermo says that one of his customers sold the product overseas.

The manufacturing process is 100% handmade and starts with the mixture of sugar, water and lemon. This is poured into clay molds of 12 different sizes, from miniature to one that is the actual size of a human skull. After the mixture has solidified, the molds are removed and the skulls go through a phase of decoration with colored papers and pigmented powdered sugar of different colors. 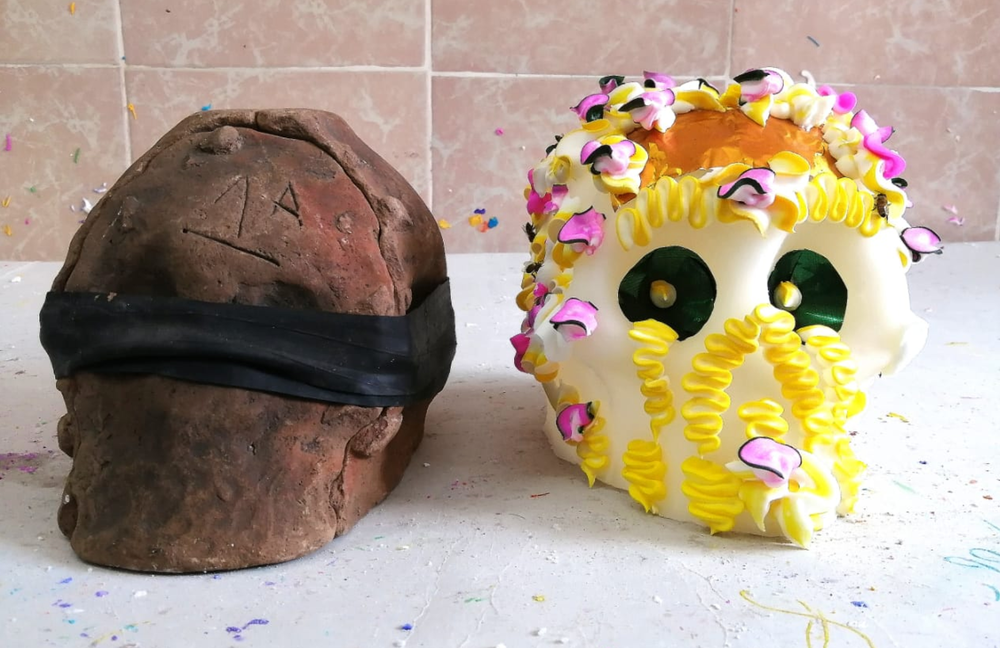 From August and September of each year, the manufacture of the product for the celebrations of the Day of the Dead begins. Between 10 and 15 people are involved in the entire production chain and work daily in a factory on two properties in the Valle Gómez district of the Mexican capital. In one, you’ll see a large number of copper boxes that Guillermo keeps, many of which were occupied by his father many years ago, in addition to ovens that cook sweet potatoes and pumpkin candy.

In the other part of the factory there is a team of about five people decorating the sugar skulls and preparing them for distribution. Guillermo says that his business strategy this season has always been to act as a supplier, that is, to make the skulls to order for direct customers who buy it every year and trust his service due to the quality of the sweet, on-time delivery. the attention and detailed decoration that characterize these sugar skulls. 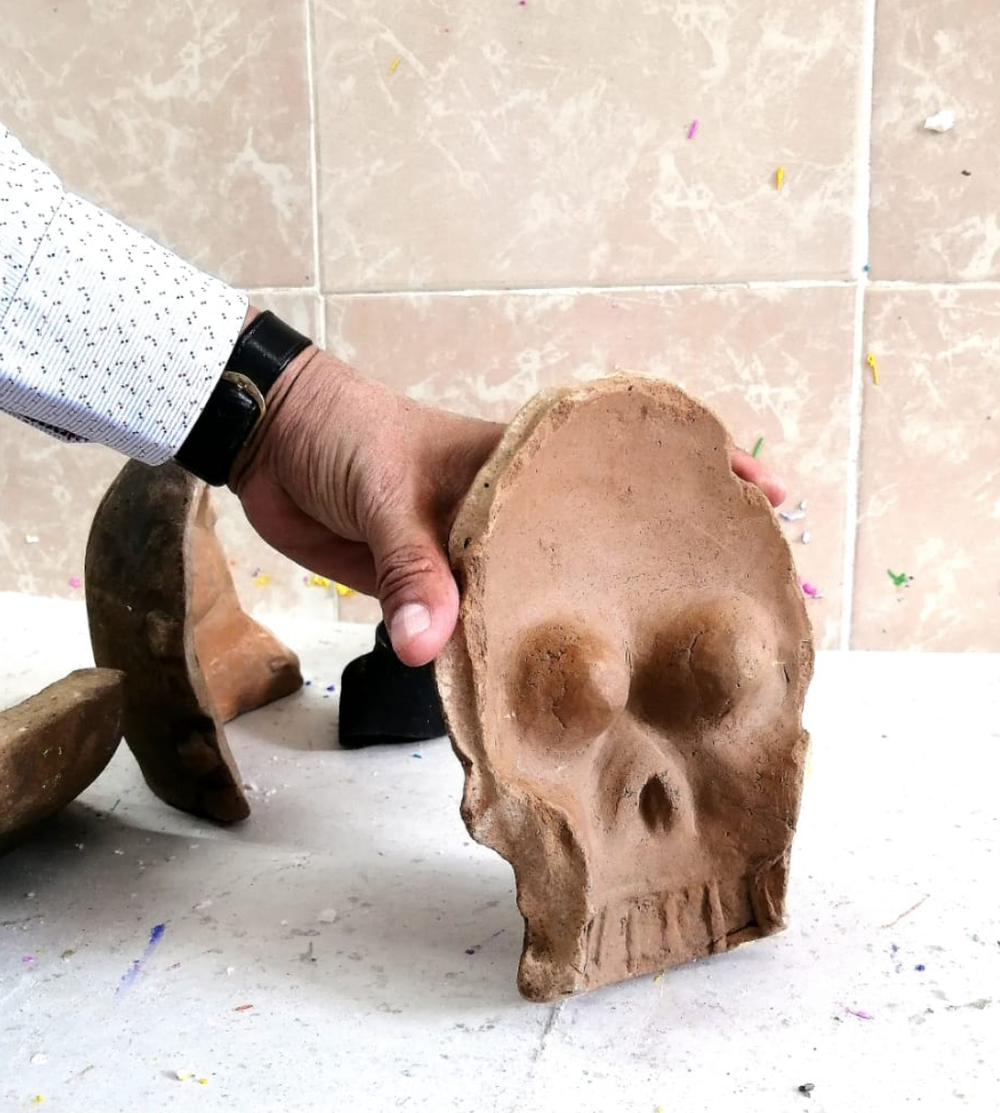 The history of this family business It all began in the 1930s when Guillermo’s grandparents made artisanal and homemade skulls in the town of Contepec, Michoacán, where the tradition and manufacture of these sweets presumably began. Though the businessman says that some people attribute its origin to the people of Puebla and Toluca, where the weaklings appeared.

When his grandparents died, his father Raúl Jiménez Martínez continued the sweet tradition and officially founded the company in CDMX. Guillermo remembers the moments he shared with his father when he taught him the craft; he learned as he got older. “My father told us not to let this die and to remind ourselves that we made a living from it. Thanks to this business, he gave us all school. He asked us to tell our children not to get lost. “ 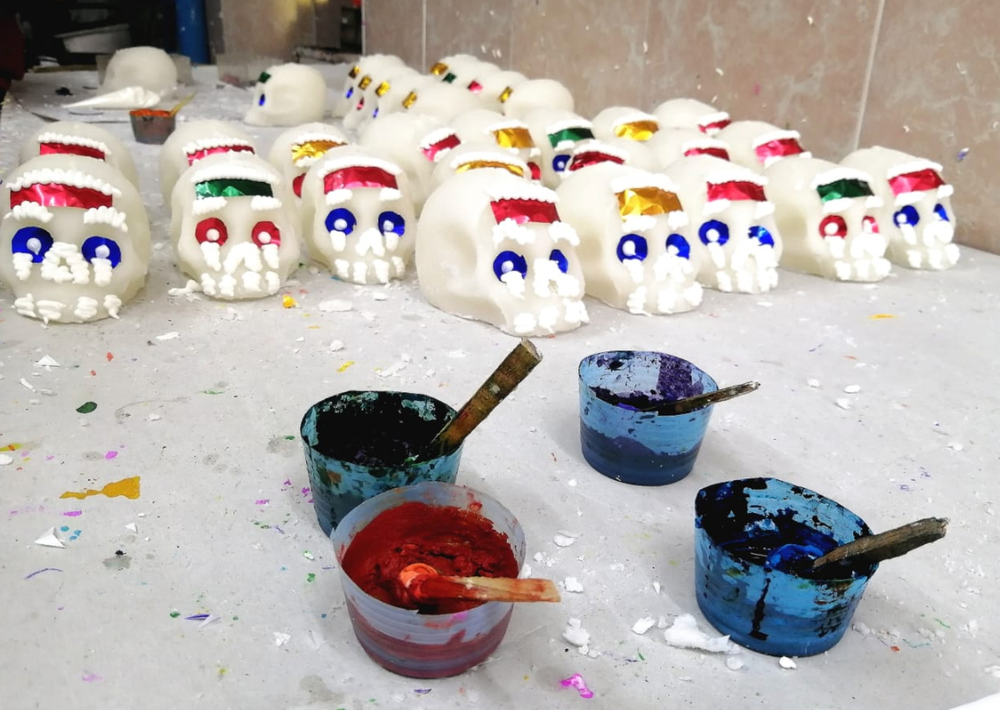 After his father’s death, one of Guillermo’s brothers was in charge of the company, and years later the entrepreneur took over the management of the candy store. Now Guillermo’s children, grandchildren and siblings work in the company who, despite their own work, participate in the activities of the candy store. Even Guillermo’s mother, 90 years old, helps them place the paper the skulls have on their foreheads and advises them on how to do certain things. Everyone, says Guillermo, is doing this for one reason: to keep the business from dying and to keep Mexican traditions alive.

“Not celebrating the Day of the Dead would be like losing part of Mexican identity. And the skulls are the main symbol on offer because they represent the person we remember. “

The entrepreneur explains that keeping the business alive was not an easy task, especially since consumption of Mexican candy tends to increase only on national holidays or the Day of the Dead and other times of the year when pumpkin, chilacayote and sweet potato candy are sold . Sales decrease especially in times of heat. During this time, Guillermo and his brothers had to sell at fairs and markets in other states in the country.

Although these products are handmade, it is in the Mexican confectionery industry Big cute brands like Ricolino rule and Guillermo believes that as a small business it is difficult to hold out against them. Like many other Mexican SMEs, e.g. Hermanos Jiménez sweet shop It is difficult to invest in marketing and promotional strategies to position yourself in the market as resources are limited and they prefer to allocate them for candy making.

Another of the biggest challenges facing this company is rising sugar, household gas and gasoline prices. Three of the most important inputs for the manufacture and sale of the candy. “That means we have to raise the price of candy and people don’t buy as much because it affects their economy too.” 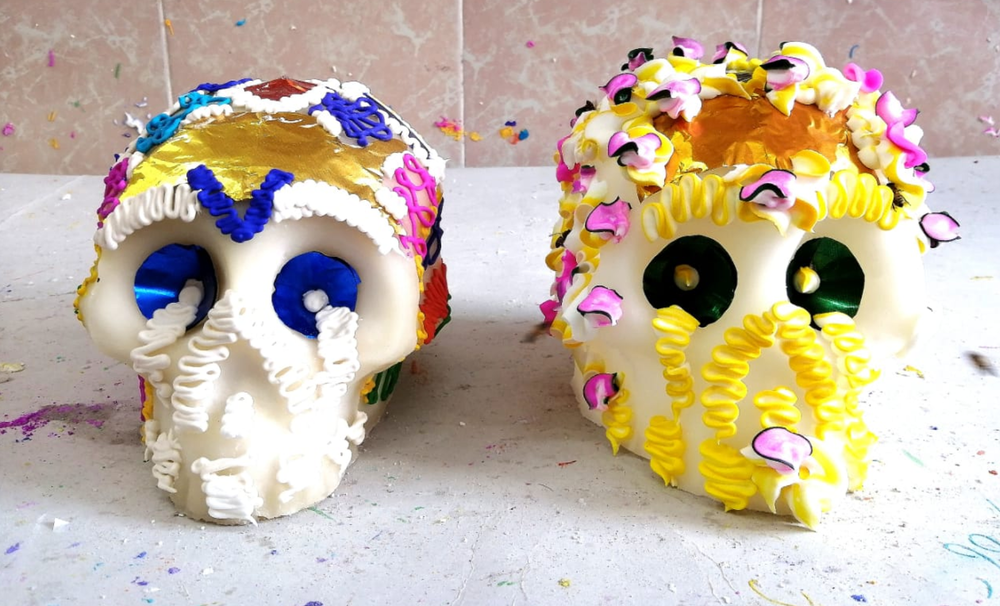 When that happens, says Guillermo, sales go down. This year alone they have fallen by 15% compared to the same period last year. To solve this problem, they had to look for sugar suppliers locally to buy the raw material at a lower cost. and can save. In order not to lose more with the candy that is not being sold, keep it and turn it into new candy as labor, time, supplies and money have been invested.

Right now, according to Guillermo, the most important goal is not to let the company die, to involve the next generations of the family, and to implement strategies that will help the company grow to take it to the next level. He assumes they have a project to make Mexican candy that has a longer expiration time with the help of preservatives.

He urges all entrepreneur readers not to stop consuming the calaveritas, as like Dulcería Jiménez Hermanos many other Mexican SMEs rely on this tradition to stay alive.

7 min read The opinions of the employees of You are personal. This network of specialists offers event planners the opportunity to survive the pandemic Seven years ago Mauricio Vázquez, Oscar Vega and Daniel Müller They wanted to escape the world of traditional event planning agencies. Because of this, the three friends got together…

4 min read This Friday comes Black Friday, but Amazon Mexico will be bringing deals from the first moment on Thursday November 26th! Amazon promotions for Black Friday Originating around Thanksgiving Friday in the United States, this shopping event brings hundreds of discounts every year. east Black Friday It will be an event full of…

February 13, 2020 2 min read When interested people see the word ” unicorn, ” companies like Uber, Airbnb and SpaceX come to mind. Those brands are constantly in the news because they have valuations are astronomical. But for every striking unicorn startup that becomes a household name, there are dozens more that remain relatively…

Read for 7 min The opinions of the employees of s You are personal. The new generation of entrepreneurs is not that new The “grow at any cost” business model has been popularized over the past decade, with innovative technology companies at the forefront. Writing red numbers for years has become fashionable Jeff Bezos insist…

The authorities evaluate that “Pharma Bro” developed an illegal scheme so that this tablet could not be reproduced in cheaper generics. January 28, 2020 2 min read On January 27 of this year the United States Federal Trade Commission ( FTC ) and the New York Attorney General's Office filed a lawsuit against Martin Shkreli…

Companies, investors and governments must prepare for a major reallocation of capital to another very important issue: climate change. April 7, 2020 4 min read The opinions expressed by collaborators are personal. The other challenge (after the coronavirus) that nobody in the world will escape The great challenges and needs of our time are…