No company illustrates the shift in working life into the ongoing pandemic better than Zoom Video Communications, which saw revenue increase.

Free Zoom dominates the app market thanks to its healthy distance

Our Statista partners have created the following table to show growth based on Zoom’s earnings report. Obviously, this is due to the fact that the Zoom Q1 2021 (fiscal year, remember!) Coincided with the global pandemic caused by the new corona virus that caused COVID-19, which in turn caused many people to start to work at home and do video conferencing. 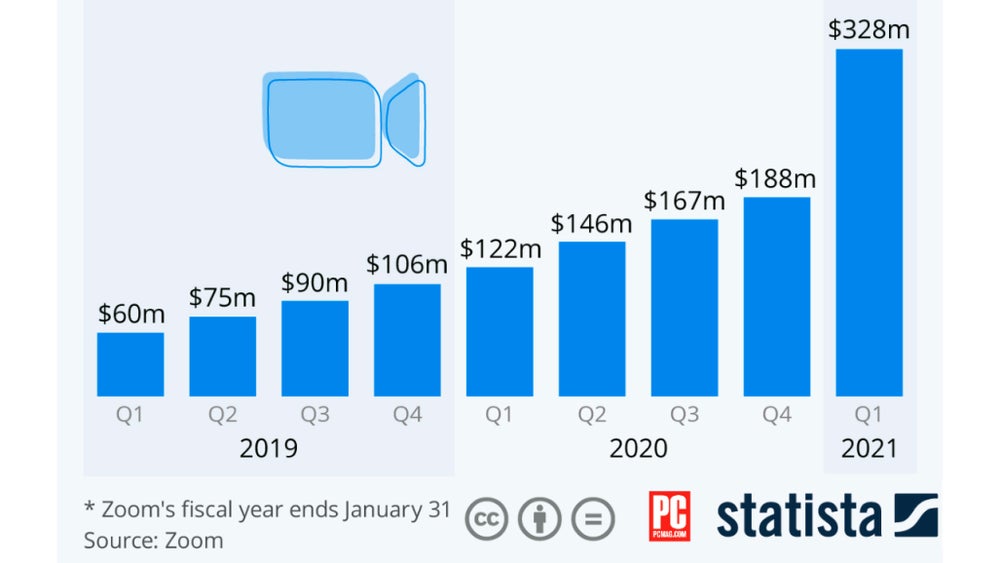 In a statement, Eric S. Yuan, founder and CEO of Zoom, said: “The Covid-19 crisis has increased the demand for personal remote interaction and collaboration with Zoom. The use cases have grown rapidly as people joined remote working.”

We reported in April that Zoom has already reached 300 million users a day. However, growth has been painful: from security vulnerabilities that required security updates (which can now be easily avoided) to recent reports that free use of the service may have compromised hope for privacy.

Many companies, including SpaceX, NASA and Google, have banned the use of zoom. (Some others have also banned Google Meet / Hangouts to be fair.) Many banks and some governments have also done so.

This doesn’t seem to do much harm to Zoom where it matters, but maybe the second quarter (fiscal year) 2021 finances will tell a different story.