In this edition, 2 million pesos were given away to the winners.


FEMSA and Tecnológico de Monterrey supplied the Eugenio Garza Sada Award 2020 To the leading people and institutions who promote projects with high social impact in the communities of Mexico.

This year 2020 they were recognized: Mr. Enrique Terrazas Torre, in the Category Humanistic Management;; the COMUNIDAR Foundation in the Social ship category;; and prosthesis, in the Student Social Innovation category.

The award has been presented for 27 years with the aim of recognizing people and social projects that have created solutions that enhance the quality of life and wellbeing of communities. It was launched in 1993 as a tribute to Don Eugenio Garza Sada, philanthropist and active promoter of change and development in his community.

In his message, José Antonio Fernández Carbajal, Executive President of FEMSA and President of Tecnológico de Monterrey, said through the virtual broadcast: “Don Eugenio fought to the end for freedom and human dignity, always defending the practice of free enterprise with a very humanistic approach”.

He added: “We must encourage ourselves with strength and resilience, as did Don Eugenio Garza Sada. We must face these difficult moments with calm, courage, humility, optimism and in some way sacrifice, always with flexibility and adaptability strive. “ 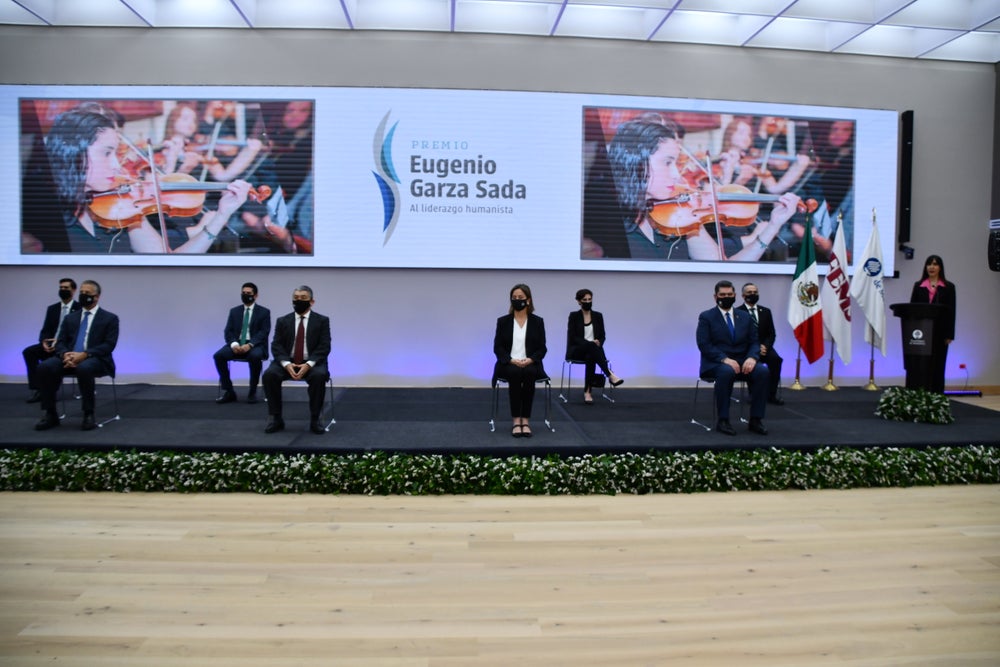 In this edition they got 144 suggestions: 10 in the Humanistic Business Leadership category, 69 in the Social ship category and 65 in the Student Social Innovation category.

The candidates in the three categories were judged by a jury made up of: Edna Jaime, founder and general manager of México Evalúa; Fernando Pardo, founder of the consulting firm Fernando Pardo y Asociados; and Ricardo Saldívar Escajadillo, past President and CEO of The Home Depot Mexico. In the Student Social Innovation category, Luis Raúl Domínguez, Director of Leadership and Student Education at Tec de Monterrey (FETEC), and the President of FETEC, Abraham Zavala, were also part of the jury.

The prize consists of the sculpture “Luz Interior” by Yvonne Domenge and a written acknowledgment. The winner of the Humanistic Business Leadership category will also receive a check for 750,000 Pesos, which he will donate to a previously selected Mexican non-profit civil association. The winner of the Social ship category will receive 750,000 pesos. and the Student Social Innovation category of 500,000 Pesos, of which 100,000 is for the project and 400,000 for an international experience in a leading corporate ecosystem.

David Garza Salazar, Rector and Executive President of Tecnológico de Monterrey said: “This award, one of the most important for the institution because it was inspired by our founder, has made it possible to keep the legacy of Mr. Eugenio Garza Sada alive . Since its first edition, it has had a clear goal: to motivate a new generation of entrepreneurs who make a decisive contribution to the development of our society and who have become agents of change.

Not setting clear goals and trying to manage everything are very common mistakes. Have you committed any of them? The opinions expressed by collaborators are personal. Although “making mistakes is human”, when you lead a team it is important to learn how to avoid some of the most common mistakes that could make you…

Luis von Ahn warns of the worst advice they have given him: “I don’t know if it is bad for everyone or if it was just bad for me. When you make a product, it is typical to listen to what your users are saying. I realized that this is terrible advice for Duolingo. The…

A 20W charger is sold separately and Apple completes production of its 5W and 18W chargers. Increase your business, Not your inbox Stay up to date and subscribe to our daily newsletter now! Read for 2 min IPhone 12 does not include a charger or EarPods: Report This story originally appeared on PCMag Images of…

6 min read Don’t let your job get between you and your dreams from 9 a.m. to 6 p.m. To set up a company. Whether you want to test the water from ship or make your way to Financial independenceThese business ideas ask you to let the money flow, and better yet, all you have…

The best way to fight coronavirus is by complying with confinement, however, it is not a secret that not all of us can do it. April 15, 2020 2 min read A reality that is commonly experienced in Latin American countries is that there is a lot of informal trade, people who live daily and…