In the 14 years I’ve been advising entrepreneurs, I’ve found that there is a direct link between an entrepreneur’s success and his ability to learn new things about his business.

In addition, learning that is achieved through experience is something that remains forever.

The problem with learning as follows: It needs a lot of time.

Earlier this year, my wife and I decided to collect fallen acorns in a park that we haunted to plant them and eventually have some seedlings. 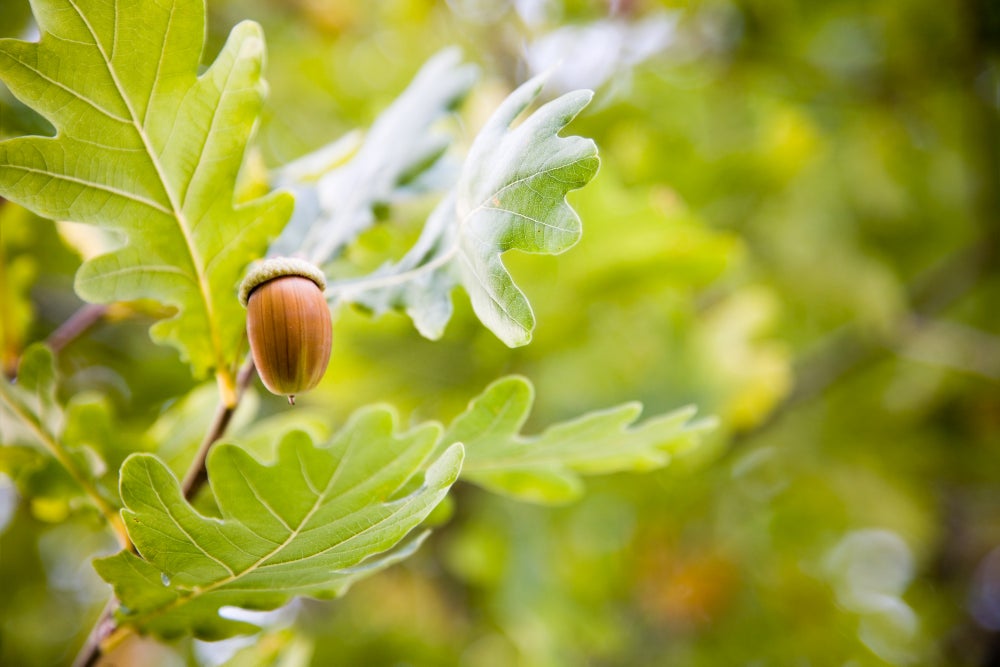 How hard can it be to plant an acorn?

Of the 10 we only “planted” one, we obviously didn’t expect that.

We hoped the 10 had sprouted and we had no idea what we had done wrong: we took the acorns, put them in a pot of soil we bought in a nursery, buried them and poured water on them .. .

What else should we have done? If it is one of the oldest things we do as humans (planting seeds) and it is the simplest and most logical in the world, it is something that we have done with kindergarten since kindergarten, and in this so simple and logical In case we failed.

I didn’t want to give up and my plan was to replant another 10 acorns, but now add a little more water. Barbara (my wife) didn’t agree so much and suggested that we better investigate how to do it online.

I wanted to die, how come we are investigating how to sow an acorn? It cannot be that we cannot solve something as simple as planting an acorn without help!

It was already a marriage lawsuit and we agreed that she would do what she wanted with her acorns, and I did the same with mine. How could anyone tell me how to plant an acorn (which alludes to kidney beans) if it’s the easiest in the world? I said to myself.

And so the time passed. Three weeks later my wife has 13 seedlings and I have one and she is on the verge of death.

The first thing my wife discovered is that acorns tend to germinate when they have fallen from the tree little, since we did not know when they fell from the tree. It can be assumed that they have had a while. So someone on the internet recommended that I put all acorns in a container of water that no longer worked (obviously I didn’t and planted all).

The second thing he discovered was that when you remove a piece of tail with scissors or a knife, the acorn takes less time to germinate. Of course, I didn’t do that and sowed them the way they were.

The third thing is that if you put them in a container with very wet cotton and leave them in a closed and dark place, the acorns will germinate faster and you can then plant them, I put them directly in damp soil.

And finally, my wife left them in a closed place (which was already grounded after germination) with enough water for a week before they were put in the sunlight, of course without saying what I did.

My point is the following:

I could have reached the same point where Barbara got there, I could have discovered that her tails are cut off, that those who float, do not work, germinate in the dark, etc. etc. etc. But to discover all of this would have cost me at least a few years and took a lot of effort.

It took my wife 15 minutes to acquire this knowledge, and it took four hours to implement.

We don’t have to invent a thread to learn from experience, but I think that’s exactly what we do when we start a project, company, or crisis. We want to find the black thread completely ourselves.

Learning happens through experience, and this is based on experiments that can be done through a video or reading a book.

Today we are experiencing a crisis that could have catastrophic consequences for many companies around the world. An entrepreneur has less time to find the black thread. In other words, we don’t have years to determine that floating acorns don’t work. We need an abbreviation.

Just open it YouTube and look for something like, “The best investments to survive a crisis,” “How do I sell online,” or “How do I advertise on Google?” and you’ll find endless information to put into practice. or … you can spend a few years of your life finding the thread that you choose.

In a crisis, we have fewer opportunities to find the black thread simply because there is NO time, so you have to make informed decisions as quickly as possible.

Learn to seek help, read a book, download a course, or find tutorials online, not so that you take them literally, but so that you can use them as a guide to experiment with what you have discovered and on to build a black thread already found.

From my own experience (I have written a book on delegating), I can tell you that what a book of this kind contains is years of trial and error. You could acquire this knowledge for a ridiculous amount of money (150 pesos) and be close to the author’s level in less than a month.

Stop searching completely for the black thread and devote yourself to building on black threads that have already been found. You have no time.

Yoga is great for building muscles, improving flexibility, and feeling at peace with the universe … right? It is, but it is also much more than that: it’s an excellent tool for becoming a confident person. ready to take risks and with the discipline necessary to achieve it. These are some great benefits that yoga…

Keep these quotes in mind and find out where to go and what you can do to make sense of your life and that of others. The opinions of the employees of You are personal. 5 phrases to help you find your mission in life He importance It is perhaps the most important part…

Tesla’s “dog mode” function ensures that your pet’s temperature is controlled in the car when you get out to go shopping. 3 min read Tesla vehicles have a “dog mode” feature and this is the photo that shocked users These days, three photos have been shared on Facebook showing a puppy in a Tesla vehicle…

5 min read This article has been translated from our English edition. When no one sees you cry but you are not unique With the kind support of Ann Peck Even though nobody talks about it, I can’t be the only one, can I? I’ve asked myself these words more times than I can count…

“We can achieve resilience, growth and progress in the green economy,” said Tharman Shanmugaratnam, Singapore Minister. 4 min read Leadership phrases that will inspire you to change the world amid the pandemic This story originally appeared in the World Economic Forum By Christopher Alessi, Digital Editor, World Economic Forum “The question is, how do we…