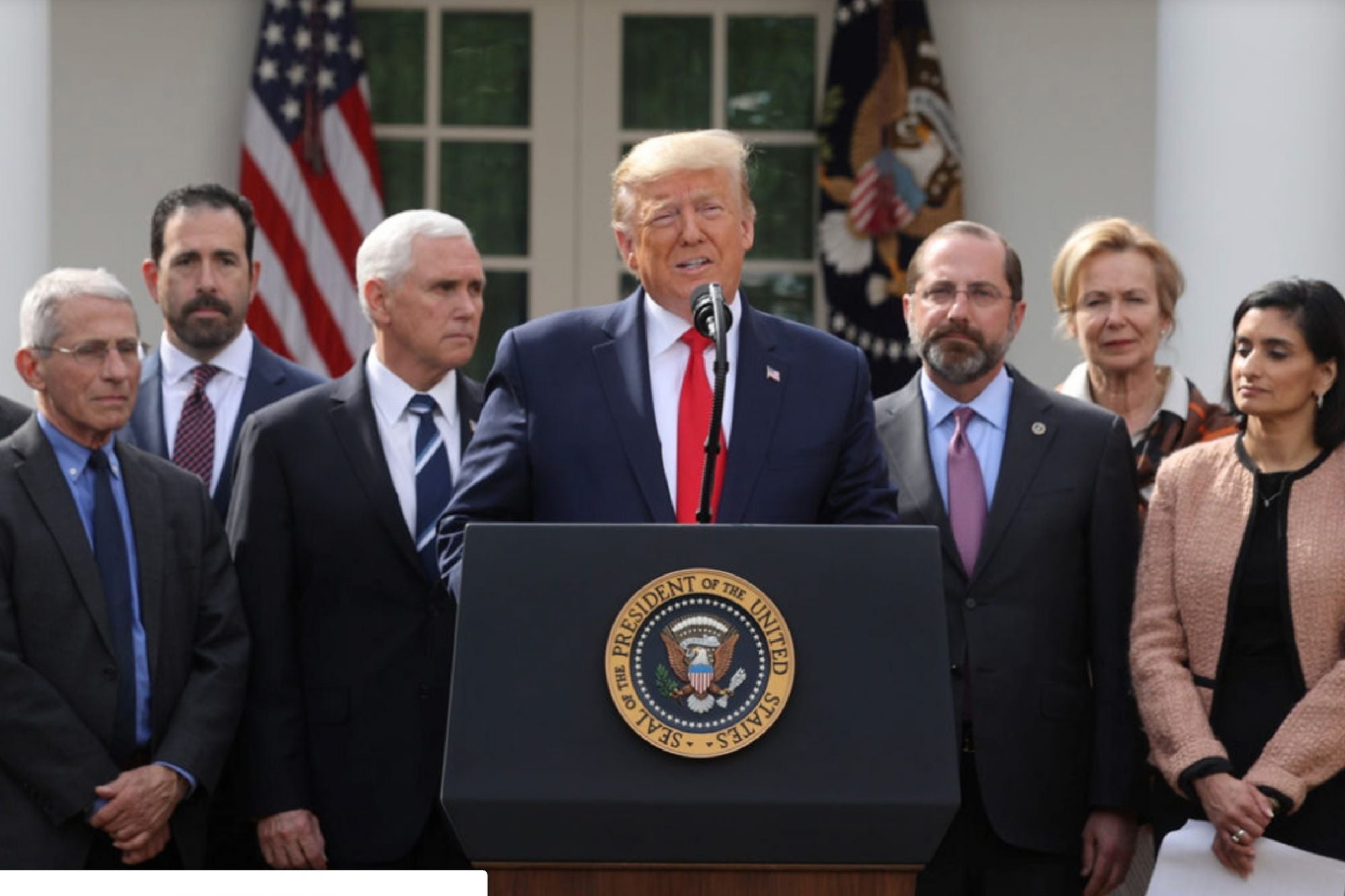 The US president said that he will give access to a fund of up to 50,000 million dollars (mdd) so that states and localities can fight the disease.

The President of the United States, Donald Trump, created a national emergency to deal with the coronavirus pandemic , which until now has infected more than 2,000 people and left 40 deaths in the country.

In a speech outside the White House, the US president said that he will give access to a fund of up to 50,000 million dollars (mdd) so that states and localities can fight the disease.

The president stated that he declared a national emergency to “unleash the full power of the federal government.” He urged all states to establish emergency centers to help fight the virus.

Pressure had mounted for Trump to declare an infectious disease emergency under the 1988 law that would allow the Federal Emergency Management Agency to provide disaster funds to state and local governments and deploy support teams.

He also announced that Google is working on the development of an internet site to determine in which parts of the country tests are needed to detect more infected people and thus facilitate tests.

An additional 500,000 tests for the coronavirus are expected to be applied next week , the president said, surrounded by aides.

These business people share their keys to fuller existence. His It can be hard, lonely, and frustrating work. We consulted with some successful business people about their tricks to stay healthy (and productive). 1. Save it Achieve the perfect work-life balance with these 6 successful entrepreneurship techniques “Google calendars are really amazing. We block…

Health contingency offers the opportunity to earn money differently with skills and even hobbies. Read for 4 minutes The opinions of the employees of s You are personal. 9 models to make money while you are at home While being home, delivering, building the supermarket for the elderly, or preparing groceries, desserts, or special packages…

5 min read In less than three weeks is the deadline for that final separation of the United Kingdom from the European Union. Although the split was officially announced on January 31, 2020, it was agreed that the remainder of the year would be a transition period to spell out details on how their relationship…

One day I was lifting weights with the owner of my gym. She hit me very badly and I asked her if she had ever thought of going to the Olympics. “Everyone tells me that, but I don’t know, competitions make me nervous. What if I lose and everyone sees me?” 5 tips for overcoming…

The video giant is following in Spotify’s footsteps with this release. 2 min read You can now create collaborative playlists on YouTube Music People can start creating now Playlist together on Youtube Music. Other applications already have this feature, as is the case with Spotify. Now Google is preparing to give the user a better…

When you’re ready to take the step from employee to entrepreneur, answer these questions so you can better invest your time and money. There are many reasons for that Businesses failFor example problems with business ideas, financing or marketing or advertising strategies. For this reason, future entrepreneurs should ask themselves a number of questions before…