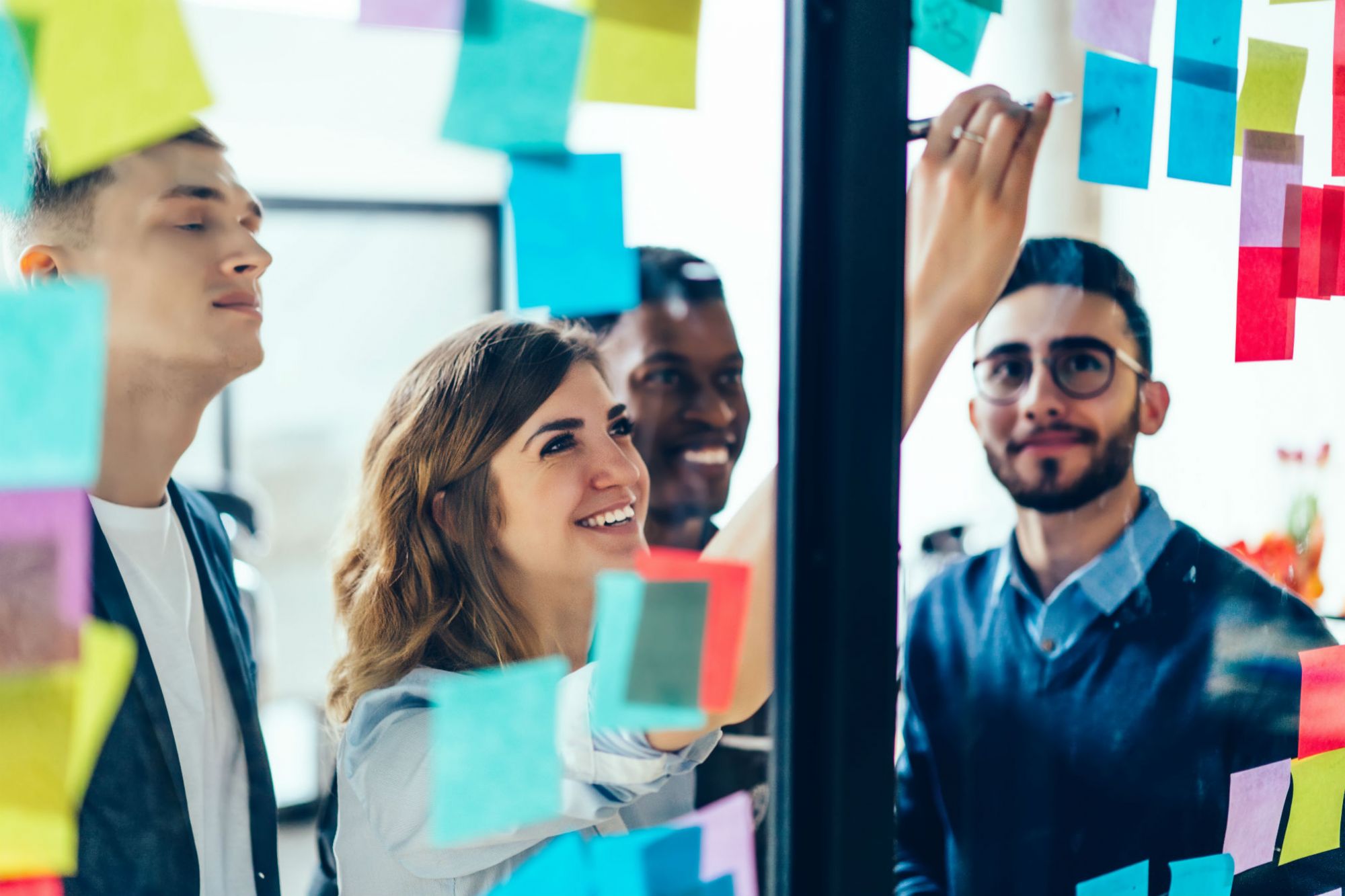 How to unlock your brain and let ideas flow? We give you some tips.

Does working as a team help ideas come true or just the opposite? The answer includes both scenarios. On the one hand, an isolated idea can take shape with the help of other people. In this sense, “two heads think more than one” is an irrefutable truth. However, for many creatives, it is better to start alone, and then incorporate more people to brainstorm .

When the problem is simple, for example, choosing the name of a product, it is sometimes more productive to work in isolation. “People who work alone get a longer and more complete list of ideas,” explains Dr. R. Keith Sawyer, professor of psychology, education and business at the University of Washington and author of Group Geniuses: the creative power of collaboration (Group Genius: The Creative Power of Collaboration).

Another way to get results is to ask your team members to work separately and provide their notes in a brainstorm of group ideas. “The benefit of this synergy is that someone can have an excellent idea about something, but not know anything about other things. In addition, this system can inspire others to square all components at the end, ”says Sawyer. Be careful: don't let the meeting get stuck in a single topic; Let everyone participate.

A creative board should have between two and 10 members , no more. If each one has a different profile, there will be much greater plurality or, as experts call it, “cognitive diversity.”

After a first meeting, plan a follow-up session (approximately one week later) to see if anyone has thought of a new way to carry out the ideas proposed in the previous meeting. According to Sawyer, in the field of creative research this period is called incubation, where the self-conscious mind begins to work on the information collected and gives rise to the “catharsis of enlightenment.”

Sometimes, the best ideas are given by chance or as a result of chance encounters. If you are the leader of a company, look for ways to encourage teamwork and communication. To mention an example, how to forget the creation of post-its ? One day, after a meeting at 3M, Art Fry was talking with a scientist about a new adhesive he wanted to market. And then, while singing in the choir of his church, he came up with the magnificent idea of ​​the sticky notes that until now are an article of regular consumption.

David Romero, director of the Business and Financial Consulting and Innovation Center of the Tecnológico de Monterrey, Mexico City campus, explains: “we are used to thinking directly about a solution. However, it is best to first understand the context, the problem, what the client wants us to solve. ”

To do this, one option is to propose a matrix model : divide a sheet into several columns. The first must contain the problem and in the subsequent ones you should write down the possible solutions, which will be discarded to find the most viable.

Achieving a successful brainstorming process depends, according to Alexander Osterwalder, on the application of a set of rules. Following them rigorously will help you maximize the number of executable ideas. Take note of them:

Keep the focus. Start by defining the problem in question, ideally related to the client's need. Don't let the discussion get too far from this point.

Follow the rules. It is advisable to clarify the rules in advance and ensure that all comply. These may include: making judgments at the end, having one conversation at a time, privileging the amount, being visual and encouraging crazy, different ideas, etc.

Think visually. Write the ideas or draw them in a place where everyone can see them, write them down in post-its to be able to move and regroup them

Prepare. Before having a brainstorm it is advisable to perform a dynamic or induction to the subject in question. It can be a trip, conversations with clients or a workshop, among other activities.

Further questions will be answered by Andrés Manuel López Obrador at the morning conference on Monday, August 3rd. Read for 5 min What you need to know about returning to school for the 2020-2021 school year The sSecretary for Public Education, Esteban Moctezuma Barragán made a statement to advance some issues to be discussed at…

Don’t let these ideas ruin your plans for success. Learn to think differently and have a positive attitude. The opinions of the employees of You are personal. 5 negative thoughts that destroy success You have probably heard that successful people think differently, that somehow they are made to act. There is a notion that…

The use of face masks, along with healthy distance and hand washing, is one of the priority measures that we need to take if we have to leave home. Increase your business, Not your inbox Stay up to date and subscribe to our daily newsletter now! Read for 2 min How to use a face…

Have you ever wondered if your company is a place where the most prominent employees want to be and stay for years? There is not a single company that does not aspire to excellence, that is, to be the best in its field (and if there is one, it is destined to disappear soon ……