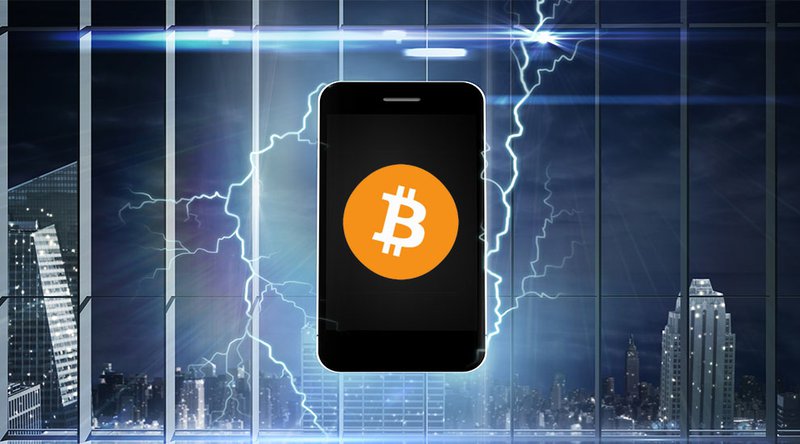 Since the turn of the year, the price of bitcoin has been battered with investors left to lick their wounds. Behind the scenes though, the development of Bitcoin has continued to defy market movements with the continuous development of the Lightning Network (LN), which has led to the creation of several bitcoin LN wallets.

The Lightning Network ushered in the promise of easing network congestion by moving on-chain transactions to the second-layer protocol.

Here are some of the mobile wallets currently in development.

Developed by Paris-based ACINQ, Lightning-ready Bitcoin wallet Eclair currently has 3,000 wallet downloads, and it came about as a result of three years of working on Lightning. The Eclair wallet is a real Lightning node not a remote control app for a node running on a server. Users can transfer money from a checking to a savings account by closing channels, generate Lightning invoices, and pay Lightning invoices through QR codes or Lightning invoices.

Dominique Padiou, a software engineer at Eclair, told Bitcoin Magazine that payment route computation is made by the wallet itself, which creates better privacy, similar to the way a node on a server would.

At the moment, the wallet is outbound only. This is a deliberate move as the company believes users need a mobile Lightning wallet to make payments but not necessarily to receive payments. There are plans, however, to add a receiving feature in the future.

For now, funds stored in LN channels cannot be backed up through the app. Padiou said the company plans to “improve the performance of the wallet in the future, make it secure and add a backup mechanism for the LN channels.” This wallet is only available on the Google Play Store.

Bitcoin Lightning is an SPV BIP37-based wallet developed by Anton Kumaigorodski. It features full Lightning Network support that provides for both on-chain and off-chain network transactions and is available in both testnet and mainnet.

Processing is local for both on- and off-chain transactions. Users can send and receive bitcoin almost instantly through dedicated channels. One unique quality of this wallet is that it uses a system of storage tokens to store channel backups and delay refunding transactions anonymously.

This process is important, since “having a mnemonic phrase won’t get your lost channel balance back unless you have a backup,” Kumaigorodski stated. The potential for funds to go missing due to inconsistencies remain, but Kumaigorodski added that “the wallet offers off-chain data loss protection by automating the channel.” This wallet is available on the Google Play Store.

Rawtx, short for “raw transactions,” is a mobile Lightning Network wallet for Bitcoin that allows users to send and receive testnet bitcoins on the blockchain and Lightning Network. The lead developer, known by the alias “raw tx,” told Bitcoin Magazine that they created the wallet for users who wanted to test out and get familiar with Lightning technology.

He went further to explain what makes the wallet unique. “It is the easiest to start with. One of the first things we show the user is a way of opening a channel with Lightning faucet.” The Rawtx wallet is built on lnd which is one of the most stable Lightning implementations out there.

The app currently supports mainnet transactions but enabling it is not entirely straightforward. The developer told us that the current app available for download is only on testnet, but mainnet testing has begun and it looks promising.

The iOS version of the Rawtx wallet is scheduled to be released later this month while the Android version can be found here.

Other bitcoin Lightning wallets that have been released include LND Thin Wallet developed by Union 7 Labs, Swift Lightning Project and Shango Lightning Wallet. They offer similar features with very little difference in structure and how they process off-chain transactions.

While Lightning has grown since it was first proposed back in 2015, there is still a long way to go in making these apps easy to use for everyday payments for the average person.

At the time of publishing, there are currently 2,135 open nodes and 5,566 channels. While there is lots of excitement and optimism about what the Lightning Network represents, users are expected to be cautious as the technology is still in development and surprises are possible.

There are also usability issues which could affect the speed of its adoption unless they are fixed. This is most evident in the channel creation process. A user has to go through a series of confirmations before a new channel is accepted, which means the user has to monitor the channel carefully.

You can read more about the Lightning Network here.

Bitcoin Magazine currently does not endorse any of these wallets. While we have no concrete reason to believe they are insecure, all Lightning software is still in very early stages, and we cannot guarantee they will work as advertised.

Heather Watson followed up her win against Portugal on Wednesday with a convincing victory against Estonia Johanna Konta and Heather Watson led Great Britain a step closer to the Fed Cup World Group II play-offs with victory over Estonia in a round-robin tie in Tallinn. Watson beat Katriin Saar 6-1 6-1 in their Pool B…

“People are less confident,” said Stefan Sachs, a leader of a local chapter of the IG Metall union in the state of Hessen. “From one day to the next, you can be fired.” To get reluctant Social Democrats to sign up for a coalition government, Ms. Merkel made concessions that critics say would take Germany…

Image copyrightGetty ImagesImage caption Neville picked up numerous honours at Man Utd before a career in the media and business There is an element of poacher turned gamekeeper about former Manchester United football star Gary Neville, who now has a high-profile career as a trenchant football analyst. For the player – who was dubbed ‘Red…