Civil Defense of Brazil has extended this Sunday to 44 people the number of deaths due to heavy torrential rains that since Thursday have fallen in the state of Minas Gerais, in the southeast of the country, and 19 the number of missing, while more than 13,000 have been evicted from their homes.

The latest newsletter has also detailed that there are 12 people injured and more than 3,300 people have lost their homes, according to the newspaper 'Folha de Sao Paulo'.

In that sense, the regional government has decreed the state of emergency in 47 municipalities, although the one with the highest number of deaths is Belo Horizonte with eight fatalities. 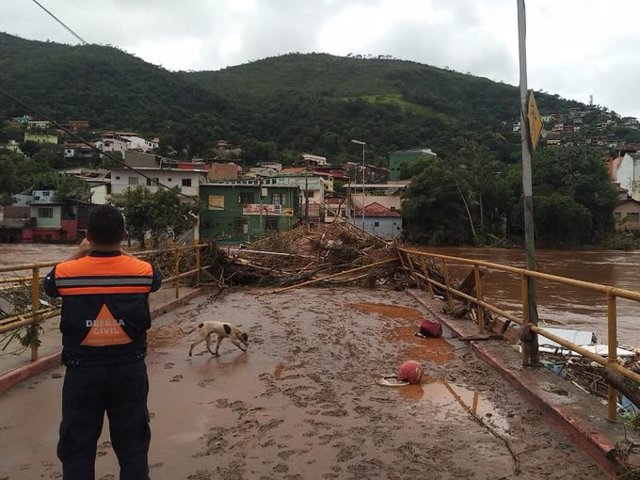 For its part, the National Secretariat of Protection and Civil Defense (SEDEC) has announced that an endowment of more than 19 million and a half euros (90 million reais) has been approved for the rescue and reconstruction of the affected areas.

SEDEC has explained that the budget can still increase, according to the action plans prepared by the municipalities.

On Sunday the rain has subsided, which has enabled rescue efforts, although the risk of landslides persists. In the last hours up to 72 have been counted.

As for rainfall, the highest record has been recorded since the records began in 1910. Civil Defense, the Fire Department and the Military Police continue to work on notices both for landslides and floods.

Gary Aitkenhead, chief executive of the Defence Science and Technology Laboratory (DSTL) at Porton Down, told Sky News that they have not been able to establish where the novichok nerve agent used to poison Sergei and Yulia Skripal was made. More follows…

Rohingya insurgents carried out at least one brutal massacre in Rakhine state, the organisation says. Amnesty has investigated the alleged killings of minority Hindus on 25 August last year and concluded that Rohingya militants were involved. The Rohingya are an ethnic group, the majority of whom are Muslim, who have lived for centuries in the…

Related News about Bush to defend war on terror in speech Sort by: Relevance : Date President Bush is defending his line-in-the-sand approach to the fight against Islamic terrorism, following presidential rivals John McCain and Barack Obama in a speech to a veterans group. (MSNBC — 20 August, 2008) + related stories ORLANDO, Aug. 19…

Image copyrightEPA/AFP UK Foreign Secretary Boris Johnson will appear shortly on US TV news show Fox & Friends to try to persuade President Donald Trump not to abandon the Iran nuclear deal. Mr Johnson is not meeting Mr Trump while in Washington and the show is known to be a presidential favourite. Under the international…

“This represents how he sees himself, or what he would like to be,” said Bruce Riedel, the author of a new book about Saudi Arabia who worked for three decades at the Central Intelligence Agency. “It suggests that at least some part of Mohammed bin Salman lives in a fantasy world, and if he really…