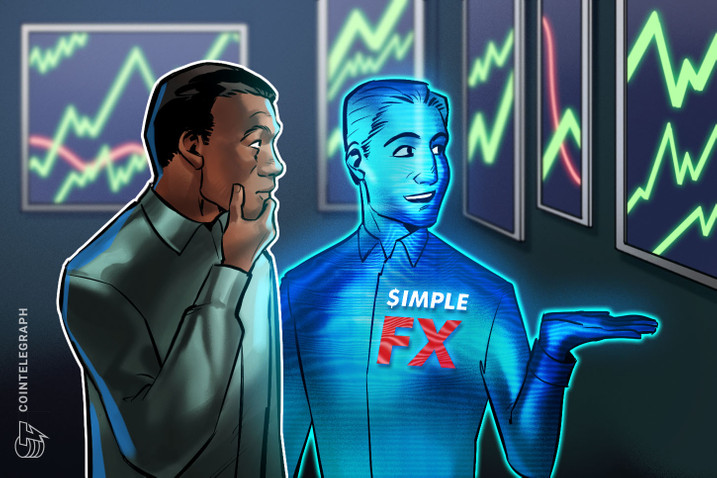 The SimpleFX platform since its inception has encouraged users to trust the use of cryptocurrencies .

Thanks to surveys carried out in different countries, it was possible to demonstrate that digital currencies are used more frequently in the Spanish-speaking population. Therefore, SimpleFX now offers users in Latin America an update that allows them to make new payment methods to stimulate and promote the use of cryptocurrencies, generating greater accessibility and reliability when carrying out their transactions . These new payment features are widely recognized and enable active and manageable financing by simplifying trade.

Today we depend largely on the digital world, which is why many companies are betting on technologies such as Blockchain that allow them to meet the needs of all users.

These payment options vary according to the country, Brazil is the Latin American country with the highest percentage of cryptocurrency users. SimpleFX to expand the reach of the crypto market provides Brazilians with simple and fast payment methods so that when completing the purchase on the platform they can do so through Boleto Bancario, which is a secure payment method regulated by the Central Bank of Brazil and also has partnered with Loterías Caixa to make payments easily, quickly and safely by simply presenting the coupon at any store.

Another form of payment would be through bank transfers for holders with accounts at Banco Safra, Itaú, Santander, among others.

SPEI operates through a private and secure network that protects its users from fraud . It can also be operated through the OXXO commercial chain, where users will be able to make simple offline cash payments through coupons, just by presenting the coupon in one of the chain's 13,000 stores.

Credit cards like Visa , MasterCard and American Express are also available as a form of payment.

On the other hand, in Chile they will be able to make their payments quickly and reliably through the WebPay Plus System for Internet purchases with greater security, using debit and credit cards. Affiliated cards are Visa, MasterCard, among others.

Another method of payment recognized by SimpleFX Web Trader are the bank transfers for account holders of banks , among which Banco Falabella, Banco Security and Banco CrediChile.

SimpleFX in Colombia decided to integrate as an alternative payment method to Baloto , the online lottery through which the consumer can make cash payments through the coupon system, which can be shown at any of the 10,000 affiliated points in the country. There is also the Efecty payment platform so that users can make their payments in cash through coupons in the same way as Baloto.

BBVA Colombia and Bancolombia offer to complete the payment to users through bank transfers.

SimpleFX is a CFD broker that is characterized by the simplicity of its platform to operate both with the forex market and with the most popular cryptocurrencies.

It has been operational since 2014 and has considerably increased its offer in recent years. It is based in San Vicente and Las Granada, and although it is not regulated by any financial institution, it maintains a high strict security protocol and anti-money laundering compliance that allows it to operate in much of Latin America.

Latin American governments have been getting involved with cryptocurrencies , expanding the virtual currency market more and more. However, the panorama is different depending on where you are, which has led many brokers and exchanges to thoroughly study the legal reality of each nation, before offering concrete solutions to operate.

Countries like Ecuador and Bolivia are not yet familiar with this type of assets , instead the Government of Venezuela took a step regarding the use of cryptocurrencies in the midst of the crisis that the country is currently experiencing.

The Venezuelan token called Petro , was created to support the country's economy . backed by its reserves of natural resources such as oil, gold and gas. The direct sale process was active for fifteen days, being able to acquire with cryptocurrencies such as Bitcoin and Ethereum .

Further south, the Republic of Argentina is one of the countries with the largest movement of Bitcoins in Latin America , due to the number of members of the crypto ecosystem, giving it more and more momentum; Although it does not yet have legal recognition, the Argentine Government is working on it.

Due to the crisis that the country has been experiencing, Argentines have taken cryptocurrencies as a dollarized asset , increasingly distrusting the local currency (Argentine peso) due to its constant devaluation.

The Mexican Bitso has been the first cryptocurrency platform to adhere to international regulation offering its services to the South American country.

“We chose Argentina because there is impressive technical talent, but also because there is a very large cryptocurrency community, one of the most important globally. It is a really advanced market and we want to give it more institutionality. We believe that cryptocurrencies are equivalent to the invention of the Internet They are an Internet of things of value, “said Pablo González, Co-founder of Bitso.

Like Argentina, Chile is one of the countries with the greatest potential in cryptocurrencies and Blockchain , highlighting its strongest Fintech ecosystem in the constantly growing region; Despite this, the inhabitants of the South American country still have ignorance about Bitcoin and its technology, preventing the country from positioning itself as one of the main ones in cryptocurrency adoption.

“A regulation of these platforms would mitigate some of these risks, such as money laundering and terrorist financing, and would increase the legal certainty with which they operate. We want to adequately safeguard the risks associated with this activity.”

Bolivia and Ecuador present their clear positions with respect to virtual currencies, being part of the countries that prohibit their trade ; central banks are unaware of any type of operations made with this type of currency, lacking legality in both countries.

After the news got out, social media users fear that people are abandoning their pets because of misinformation. 2 min read Three puppies tested positive for COVID in Mexico: They were infected by their owners Recently the authorities of the Secretariat for Agriculture and Rural Development (Sader) confirmed the first positive cases of pets affected…

Here are three reasons why you should trust your instincts and go for your new business idea in 2021. 5 min read This article has been translated from our English edition. Why 2021 could be the best year to start a business The opinions of the employees of You are personal. The first Hyatt…

FBI agents face some of the most intense and momentous negotiation situations in the world. This makes them gurus when it comes to having conversations and getting what they want. Most of their tactics apply perfectly to the business world and can help you increase sales, partnerships, and growth. So let’s look at some of…

The group’s total net worth reaches $ 615 billion and is close to the GDP of countries like Argentina and Switzerland. 2 min read To date, November 11, 2020, the five tycoons are worth more than $ 100 billion: Jeff Bezos, Bill Gates, Mark Zuckerberg, Bernard Arnault and Elon Musk. There are already 5 millionaires…

In today’s online world It has never been more important for your brand or company to appear in the press. A publicist is responsible for every well-known brand, personality and company. We read about these famous people in the media all the time that we follow. You may be wondering why all these different media…