The Venture capital investments in Latin America It has doubled every year since 2016, reaching a record high of $ 4.6 billion in 2019. Despite years of hard work to reach this point, the region now faces unprecedented maintenance challenges.

Between the fourth quarter of 2019 and the first quarter of 2020, the number of agreements in Latin America decreased by almost 60%. The COVID-19 crisis is causing local and global investors to rethink their strategies, and while deals are closing, many ICRs are doubling support for their portfolio companies and avoiding new deals.

Startups in Latin America have repeatedly demonstrated their resilience to economic shocks. s know how to survive and thrive in economically difficult times. In fact, dynamic technology centers in countries like Argentina, Brazil and Colombia have flourished despite periods of political and economic uncertainty.

The current slowdown is affecting start-up investments regardless of location. However, this could be particularly detrimental to the ecosystems of smaller emerging companies, for example in Peru, Ecuador and Bolivia.

Organizations that support startups face their own challenges when it comes to maintaining their activities during the pandemic, whether due to lack of funds or technical constraints. The Inter-American Development Bank (IDB) recently surveyed 429 organizations working with business ecosystems in 18 Latin American countries, and two out of three said they had significantly reduced or interrupted their work.

Startups in these less developed ecosystems now have fewer resources and may take longer to recover than their peers in the region’s most established technology centers. The IDB survey reached more than 2,200 entrepreneurs in 19 Latin American countries to learn more about the effects of COVID-19. While respondents in countries such as Uruguay, Costa Rica and Chile found positive support from the business world, startups in countries such as Bolivia, Ecuador, El Salvador, Honduras and Venezuela reported a significant lack of resources. 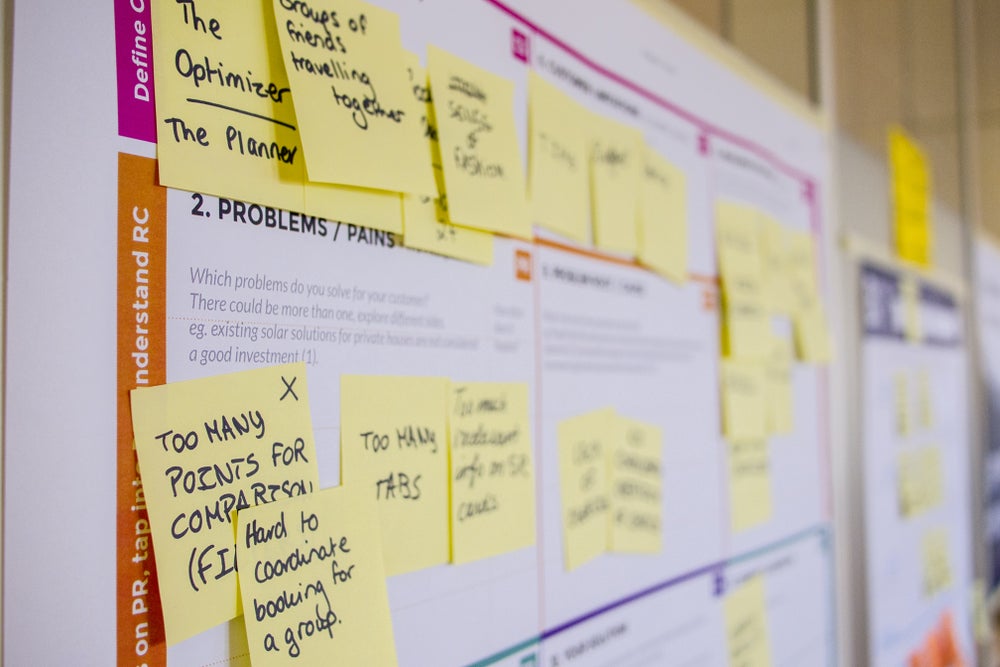 The current slowdown could particularly damage the ecosystems of smaller startups, for example those that are flourishing in Peru, Ecuador and Bolivia / Image: Daria Nepriakhina via Unsplash

Start-up communities in Uruguay and Chile showed positive signs of flexibility and continued activity, but others in Bolivia, Ecuador, Peru, Panama, Guatemala, El Salvador and Venezuela said they were facing difficulties. When asked how community organizations responded to the crisis, 44% of entrepreneurs said the responses were slow and inadequate, and 29% said there were no answers.

Startups in the smallest and most emerging technology ecosystems in Latin America are most at risk of losing ground if resources and finance decrease. Your support will not only be crucial for the region’s recovery, but also for protecting the extraordinary growth achieved so far.

Double your bet on local alliances

Part of the solution could be increased foreign investment in these smaller technology centers. In Latin America, cross-border investments between regional and global investors are increasing, but mainly for emerging companies in the consolidation phase. In addition to a $ 50 million transaction, a cross-border joint investment was included in 2019, with $ 1.7 billion used in 74 co-investment agreements. Latin American startups with considerable traction were finally able to attract capital in the growth phase that was historically not available.

According to Brian Walsh, director of WIND Ventures, much of the region’s consolidation capital comes from abroad, be it from SoftBank’s Vision Fund, Silicon Valley funds or corporate sources. However, Walsh notes: “In times of increasing uncertainty, external sources can be expected to withdraw and focus on regions that are closer to their local networks. Latin America still has to mature to ensure a continuous flow of comprehensive round funding from seed financing, A, B, C +, for its founders in the region itself. “

Cross-border investment in start-up development is still in its infancy in Latin America, and raising funds in the current environment will be particularly difficult. Most cross-border agreements continue to be in the region’s most mature technology centers. In 2019, half (50.5%) of all risk investments were made in Brazil, followed by Mexico (22.7%).

In difficult times, investors are likely to retreat to places where they have already made connections or processes and where business is easier to do. This means that startups in the region’s least developed ecosystems are likely to have fewer funding opportunities from outside their home country because travel restrictions hinder cross-border business.

Promoting cross-border cooperation between regional investors can help founders who are already disadvantaged in smaller emerging ecosystems. Given the impossibility of meeting face-to-face with the founders, regional funds must rely heavily on local alliances to enter into trust agreements and sources of funding. Local funds can reduce friction points for foreign investors by including them in the progress of the funds. The establishment of transparent and repeatable cross-border processes at this time will also help regional investors to compete for business in the future when global funds return to the region.

Get the support and resources founders need

Most founders in Latin America indicated that their team members (56%) and friends and family (39%) were their only support networks. To date, very few have received government or municipal support. ICRs have become a major source of mentoring and advice for entrepreneurs in this difficult time, but there is still much to be done. In the first round, this helpful guide was drawn up, how to create a well-functioning mentoring program and how to achieve a greater impact as a mentor. 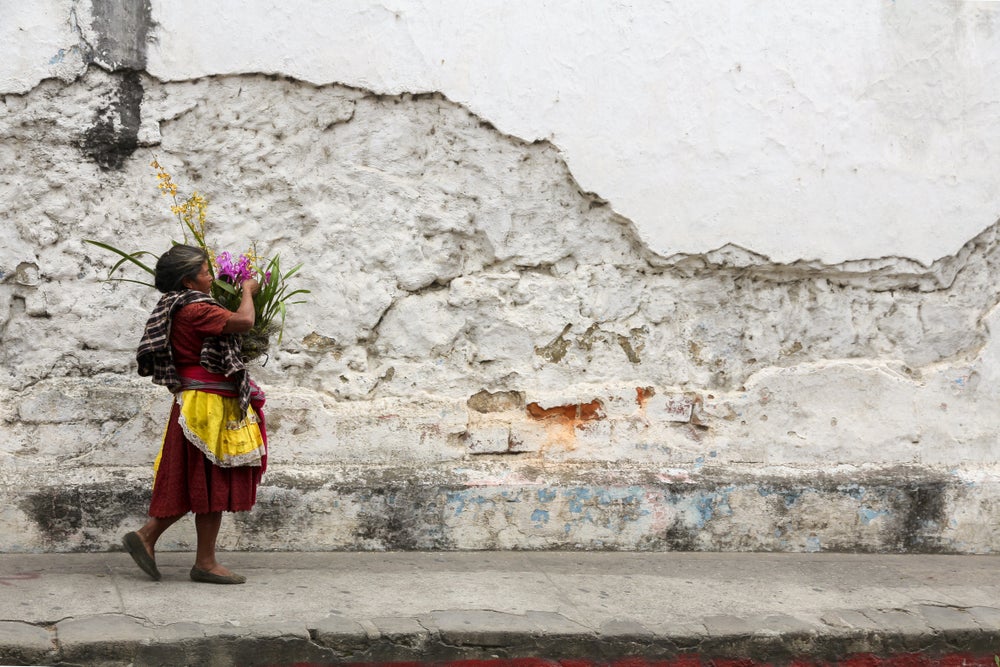 Supporting startups in these ecosystems is of crucial importance for the future of the entire region / Photo: Scott Umstattd on Unsplash

In addition, most of the region’s network acceleration programs, competitions, and events have been suspended or conducted online. Some of the startups that do not have access to such programs and resources in their cities or countries of origin depend on foreign funding and expansion opportunities. While online events offer more flexibility for startups anywhere, the virtual environment presents a number of unique challenges, especially when it comes to meeting potential investors and building trust.

Community organizations of startups in Latin America that are starting their online activities for the first time can learn from other companies that have successfully done so during the crisis. For example, 500 startups have recently provided detailed instructions on how to manage their first virtual demo day for their startups. Splice Media, which helps Asian media startups, also gave guidance on how they organized an online support session for entrepreneurs to share tips on how to deal with the current crisis.

s from the smallest technology centers in Latin America have made significant progress in recent years. Supporting startups in these ecosystems is crucial for the future of the entire region.

Virgo Galactic, Company founded in 2004 by Richard Bransonannounced that it will launch a spacecraft on Thursday July 11th and that Branson will be on board. These trips may be delayed due to inclement weather or a risky situation, but if done as planned, Branson will pass Jeff Bezos in this space race. “Unity 22”,…

As an entrepreneur, take your Christmas bonus into account in your contributions, here you can find out how.

Through the call for their unreasonable SAFINN program, these companies are looking for entrepreneurs to help them change the financial scenario in Mexico. February 18, 2020 3 min read For the second consecutive year, MetLife México Foundation and Unreasonable México present the call for entrepreneurs to develop alternatives to increase financial inclusion and improve the…

From original films to Prime films, here’s what you need to see.

Transforming your home or workplace into a clean and tidy space may be easier than you think, Marie Kondo, an expert organizer Japanese has become the guru of order in the world by a simple method; The key to keeping your items in the right place by keeping only what you really love and cleaning…