Before a vaccine available, our best hope for fighting the corona virus is to prevent it from spreading. But how do you do that when people don’t know you have it? And what is the difference between asymptomatic, presymptomatic and symptomatic cases? Here’s a quick explanation.

Humans are “asymptomatic” if they test positive for COVID-19 without showing symptoms.

The WHO says it is unclear how many transmissions from these asymptomatic cases occur. It is difficult to undertake further studies to understand the transmission of the virus from asymptomatic carriers, as this would require extensive testing and more data than is currently available. 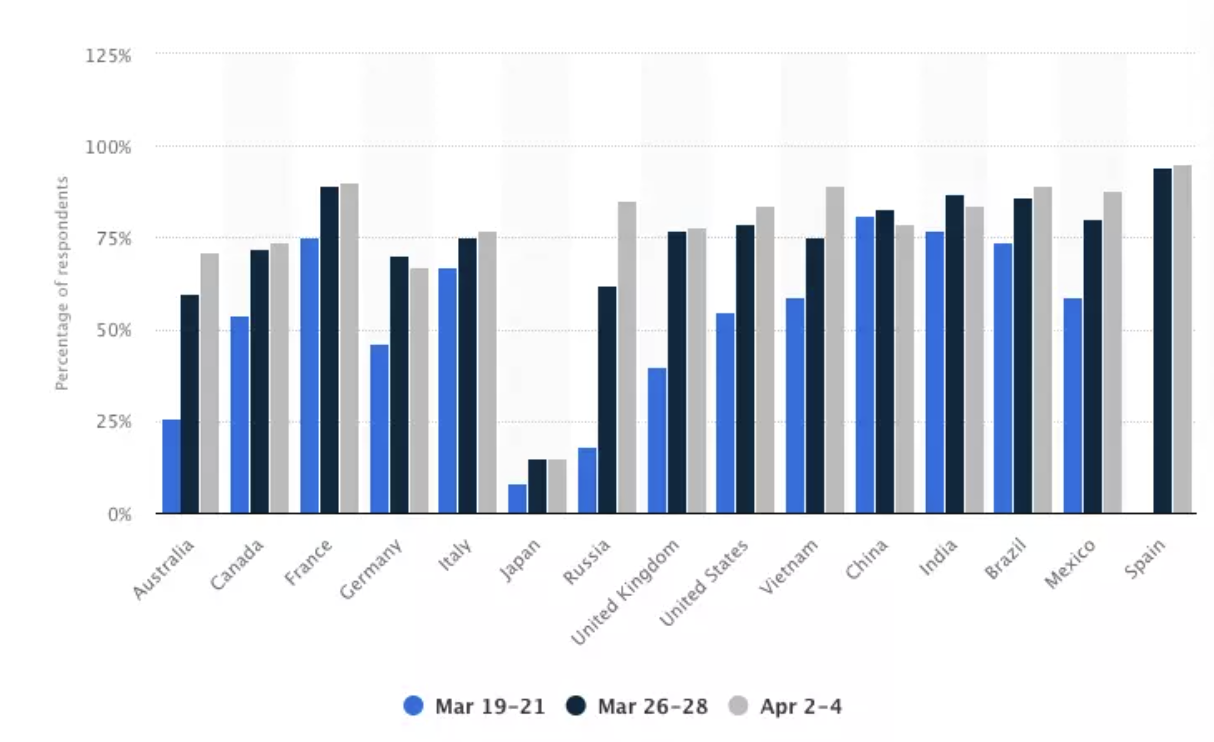 Percentage of respondents quarantined or self-isolated worldwide in response to the COVID 19 outbreak from March 19 to April 4, 2020, by country / image: Statista

Instead of being asymptomatic, the infected person is believed to have a very mild form of the disease in many cases of COVID-19. Common symptoms such as cough, fever, or fatigue may not develop noticeably, or the symptoms may be atypical and do not resemble the most common forms of the disease.

Given that the incubation period of COVID-19 – The time between exposure to the virus and the appearance of symptoms – can be up to 14 days. There are also circumstances in which people may have the disease but are not yet aware of it, so they continue normally.

Some of the coronavirus cases collected through screening efforts fall within this area and people develop symptoms later. This is supported by data suggesting that some people test positive for the virus 1 to 3 days before symptoms develop.

At this pre-symptomatic stage, some people are still contagious, so transmission of the virus is still possible even though the disease does not manifest itself. This is one of the reasons why governments ask entire households to isolate themselves when a member falls ill.

Asymptomatic and presymptomatic cases have been referred to as “silent propagators” and underline the importance of continued social distancing, regular hand washing and good hygiene when leaving the house. 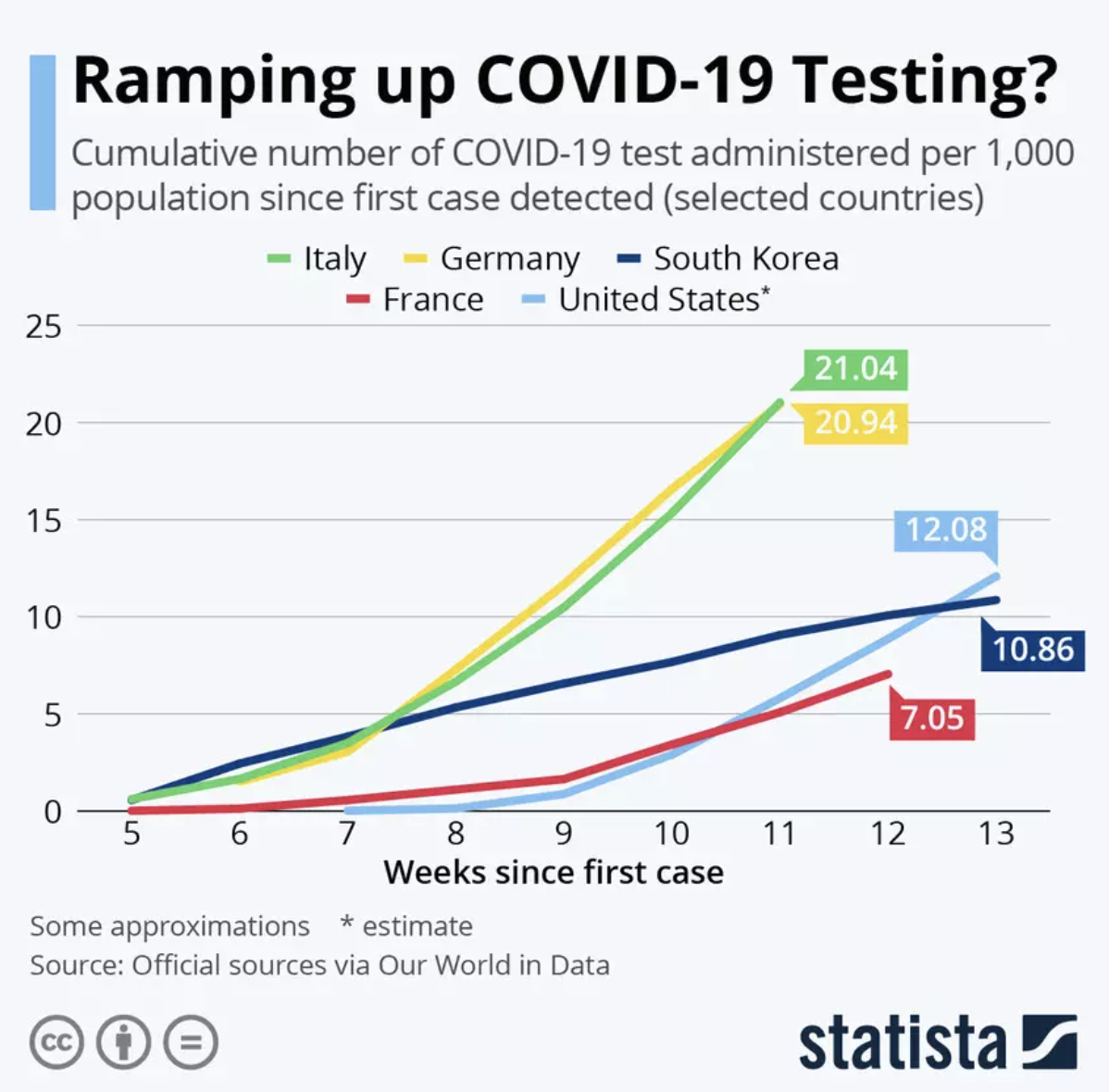 Which countries have intensified the tests? / Image: Statista

Although the severity of the disease can vary from person to person, most people who get it have mild forms and symptoms. Common symptoms include fever, dry cough, and fatigue. Less common may include pain, nasal congestion, headache, conjunctivitis, sore throat, and rashes.

The cases we don’t know

In addition to the risk of silent propagators, there are also cases that arise from undocumented infections – people who have symptoms but are not tested for one reason or another. By definition, the volume of undocumented cases is much more difficult to control than that of documented cases where people are identified as carriers of the disease because they sought medical help or were tested through contact tracking. 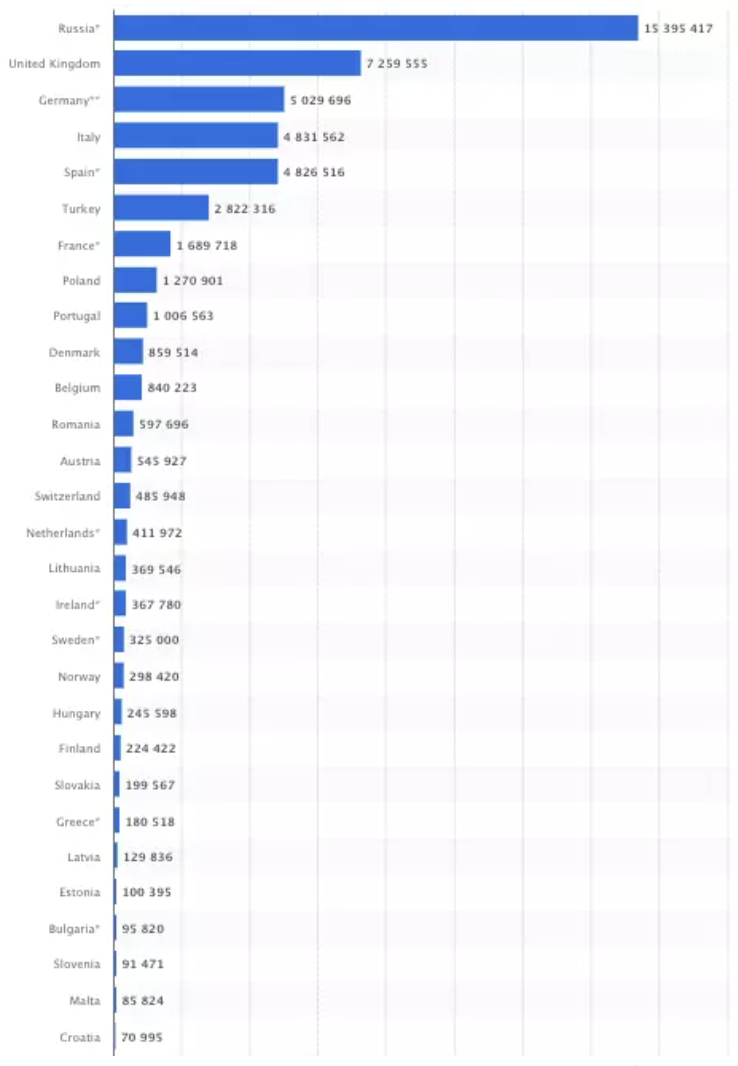 A study published in March suggested that, based on statistical models, 86% of all infections in China were undocumented before the end of January, when the authorities quarantined Wuhan. This would help explain the rapid spread of the disease worldwide, the authors say.

Effective monitoring of infections and contact with people who may have contracted the disease due to confirmed cases is a key issue for many countries today. With closings slowing across Europe and some parts of the United States, these pursuit plans are likely to be vital to efforts to prevent an increase in infection rates.

The country legend continues its crusade to keep the world healthy amid the pandemic. 2 min read Dolly Parton donated $ 1 million to Moderna’s vaccine research While other celebrities struggled to monetize and modernize their act for virtual consumption in the early days of the pandemic, Dolly Parton he appealed directly and selflessly to…

This Thursday the “Oscars of Gaming” were celebrated with guests such as Keanu Reeves, Brie Larson, Gal Gadot and Christopher Nolan. Eddie Vedder from Pearl Jam also played live. 4 min read Everything you missed at the Game Awards This Thursday, December 10th, the 2020 Game Awards took place. The video game world’s Oscars, which…

Read 6 min The opinions of the employees of s You are personal. The value of disobedience in the present When I joined the subject of the possibilities of this disorder that we are experiencing, in the past few days I have found various texts that have prompted me to enter the reasonable possibility of…

This article has been translated from our English edition. The opinions of the employees of You are personal. The 16 Mental Changes to Live a happier, richer, and more successful life We are all looking for that exclusive elixir to help us increase our elixir wealth, Succeed and live a life of happiness and…

Businesses have until June 14 to respond to the invitation. Increase your business, Not your inbox Stay up to date and subscribe to our daily newsletter now! Read for 2 min The EU wants CEOs from Apple, Amazon, Alphabet and Facebook to testify about monopolistic practices This story originally appeared on Engadget An investigation by…

The sooner you prioritize representation and inclusion, the sooner you’ll reap the rewards of a diverse team.