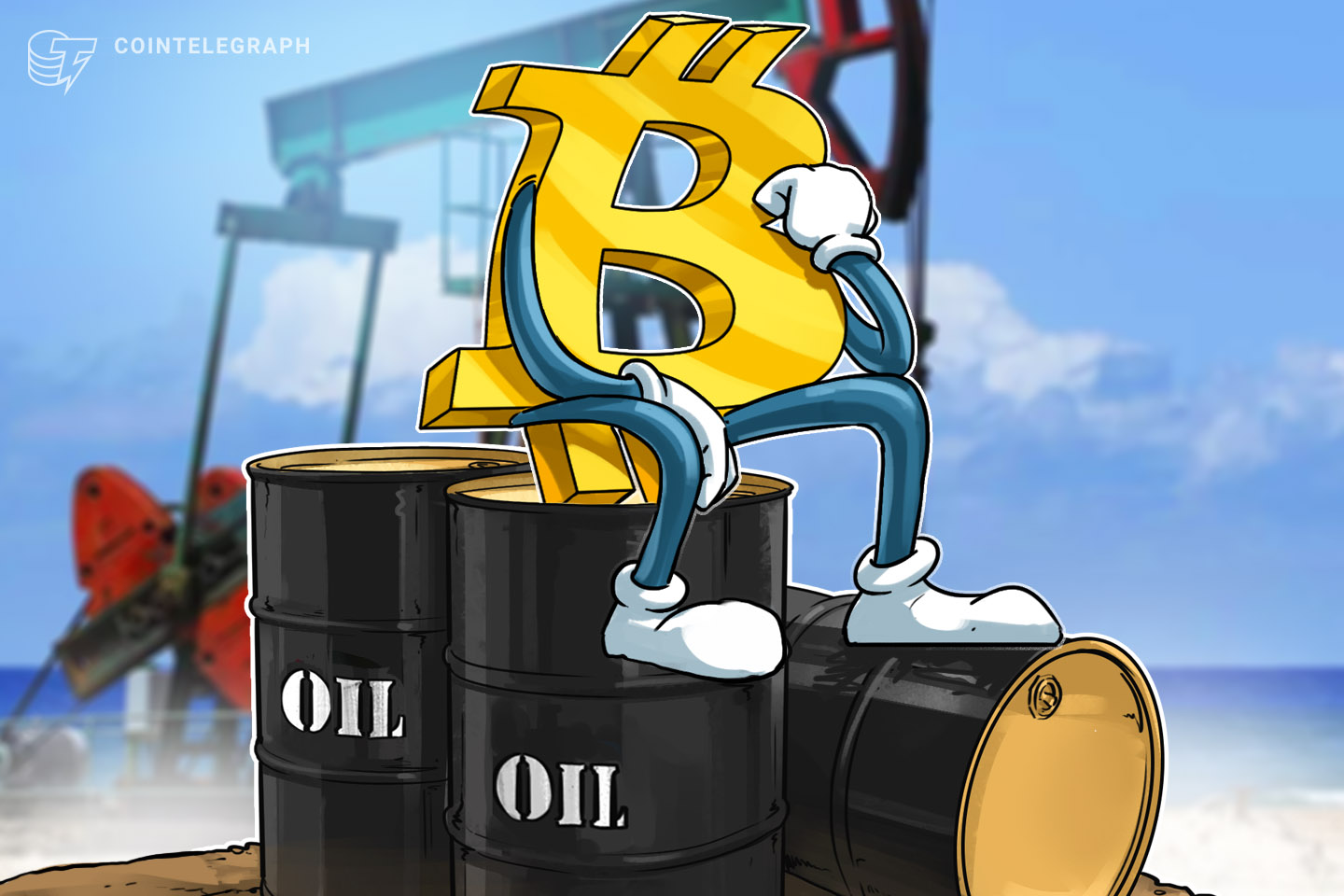 The most important commodity in the world has gone to the well causing confusion and amazement in the midst of a pandemic that has us all home in jail. The price of oil has been very low for many years now and it is obvious that this situation of confinement has a great impact on the demand for crude oil . But, although it did cross the minds of some analysts, almost no one expected negative prices. How is it possible? Well, something takes a negative price when given away is expensive and the supplier must pay for someone to take it from the warehouse. It is something like the garbage in our house that we must pay for someone to collect. And why do we pay? Because the garbage accumulates and stinks. You must leave our home soon or else we will have a bigger problem. This 'Crash' is the chronicle of a practical problem of a physical reality . Oil is not like Bitcoin .

For the last decade, the economy has not been bad at all. In fact, it has been a long and lucrative period of bonanza. The 2008 crisis was overcome, the world recovered, and growth has been spectacular. Markets through the roof, inflation under control and a staggering unemployment rate. That is a combination that is rarely seen, but during these past few years of prosperity we have seen it. In fact, growing economically is not that difficult. Generally, it is achieved with monetary and fiscal stimuli. In other words, it is accomplished by printing money. That obviously is simple. The difficult thing is not that, the difficult thing is to do it without causing inflation. And I am afraid we must admit that in some way or another we have achieved this miracle. Apparently the “geniuses” of global macroeconomics succeeded. The streets are crowded with paper money and inflation under control. The miracle.

Read on: Oil companies will dominate BTC mining in five years, according to Marty Bent

No one knows for sure how this miracle could be achieved. A lot of money on the street adding to full employment leads us to an inflationary picture, but the irreconcilable has been reconciled. Of course there are theories about it. Technological advances in production and distribution processes certainly have something to do. The globalized and digital economy is combined with this in something that is obviously lowering prices. This new reality can be illustrated as follows: We investigate a product on Google , and then we go to the Amazon app on our Iphone. We look for the best prices and we buy it with free delivery. And what do we buy? Probably something that was made in China and has never been so cheap. Clearly, there is an element that is helping that possibility. Low oil prices. Oil is directly related to inflation.

Inflation had a lot of responsibility in the 2008 crisis. Wages on the ground, debts in the heavens and inflation came to give the finishing touch. The first defaults started, and then it was all a chain reaction. Now oil prices are not as they were in the years before 2008. Now, 11 years after those events, oil is practically given away. And they have been relatively low for almost a decade. Why? Well, in part, we owe this to the irrelevance of OPEC . This organization, which for a long time functioned as a cartel, which with production cuts kept prices high, is useless today, because nobody is respecting its quotas.

OPEC's inoperativeness could be analyzed in several ways. To put it in some way, one could speak of internal factors and external factors. In short, speaking of internal factors, its members are very different. And these differences have created a bad marriage. Different values, different interests, different capacities, different goals. OPEC is divided into two large groups . And its collapse is due to that. On the one hand, we have the side of the efficient . And, on the other, to the side of the inefficient. The efficient ones that have the capacity to produce more crude and earn money regardless of the price, and the inefficient ones that depend on high prices, because they do not have the capacity to produce more . So we have contrasts like that of Dubai and Caracas. In this new stage, the efficient ones have made a lot of money and the big losers are the other side. Who are they? The winners have been the Gulf countries with Saudi Arabia at the forefront. The losers: Venezuela , Iraq , Iran , Ecuador and Nigeria .

Of course, the implosion of OPEC has received external help. Russia is on the production side and doesn't give a damn about the OPEC cuts. So if OPEC starts producing less, Russia takes more pieces of the pie. Russia's focus has been to produce. In other words, OPEC long ago ceased to be a power, because its power over price has decreased markedly. There are new actors. We are no longer in the 70s.

The United States has also been producing more oil domestically so that it can become less dependent on foreign sources . This was one of Obama's electoral promises and things have been heading there. The new extraction methods are not very ecologically friendly, but that is the subject of another discussion. The truth is that there is a lot of production and that naturally affects the price, being good for some and bad for others.

What is happening now? Why this negative price? The problem is that the demand was reduced too much due to the coronavirus in a very short time . And that took the oil industry by surprise. What we have is a storage problem, because the wells cannot be stopped overnight due to a technical issue. It is like wanting to stop a river. Simply, there is not so much storage space to hoard the barrels that are not sold, as is done with other commodities. The problem stems from the sudden drop in demand, which did not give the oil companies time to adjust to the new reality. Beyond being a financial issue, it is a matter of physical space of a conjuncture that could not be predicted. The wells cannot be stopped as we stop the flow of water in our houses. It takes a while to cut production.

Here is all the heart. The oil companies are obviously going to cut production and this will be a temporary situation. But in the short term those empty warehouses are needed so that the oil that is leaving the wells at the moment can enter. West Texas reached -40 $ on Monday April 20, after being at $ 18.33 the previous Friday . Brent did not go negative. And Brent is the world reference. It is very low, close to $ 16 it has arrived, but not like West Texas. The negative oil case is a punctual and momentary case. Unsustainable over time.

Read on: The historic negative price on WTI oil futures barely shakes the price of Bitcoin

However, the collapse of oil is not bad for everyone. In fact, for many it is very good news. Cheap oil has positive effects on our path to economic recovery during this crisis. It will be a relief for airlines, for transportation, and for the industry in general. Its collapse tells us that we are very bad. Because such a drop in demand is a diagnosis of our current delicate situation. But its effects are positive. Cheap energy drives growth.

The big losers will be the oil-producing countries, mainly the most inefficient ones. But, of course, the oil sector in general will be hit hard. This is extremely dangerous because many investment funds have money there and the money from pensions, institutions and many individuals would be at stake. A bankruptcy could be fatal and surely the Government must intervene in that case.

Oil continues to be the most important commodity in the world. And it is ridiculous to think that its end has come because of these negative numbers. We cannot misinterpret what is happening. The containment will be lifted, production cuts will be made and the matter of storage will be resolved. Investing in oil is still an excellent investment. Today more than ever. Bitcoin and oil are unmatched in this negative trading issue. It would be absurd and terribly childish to imply that oil is a waste asset because of what happened. “Bitcoin has never reached zero”. They are fine. But, gentlemen, we are talking about oil. The energy that moves the entire world economic apparatus. The nonsense that has been spoken within the crypto community is a gigantic lack of seriousness on the part of people who are victims of their passions.

Take advantage of the benefits that the retail store offers you during this time of discount. Increase your business, Not your inbox Stay up to date and subscribe to our daily newsletter now! 5 reasons to buy from Walmart in the Hot Sale 2020 You already know it What is hot sale? It is the…

The two companies could work together to develop self-driving electric cars. According to reports, this collaboration should become official in the next few days. 2 min read Apple and Hyundai are about to partner to manufacture autonomous electric cars This story originally appeared at high level Hyundai and Manzana plan to sign a partnership agreement…

The European country has imposed the measure on 20 new countries classified as “high risk” from the coronavirus, including Mexico. 3 min read The opinions of the employees of You are personal. To travel to Germany, Mexicans must present a negative test for COVID-19 As of this Sunday January 24th, the Mexicans who want…

One of the major problems for a deceased’s family is what will happen to the debt that person leaves behind, particularly those related to credit cards and loans. 4 min read The opinions of the employees of You are personal. What about the credit bureau and debts of someone who dies? The Credit history…

We all had to perform in front of an audience for one reason or another: to give a speech, offer a toast, or present a business. If you are an entrepreneur, you have to convince partners and investors and of course sell your product or service. Speaking in public is one of the most persistent…