China celebrates on October 1 the 70th anniversary of its existence as a People's Republic, that is, under the command of the almighty Communist Party (CCP), a date that the Government intended to turn into a great celebration but will be hopelessly marred by democratic protests in Hong Kong and the trade war with the United States.

The National Day commemorates the foundation of the People's Republic of China, in a speech delivered by Mao Tse Tung on October 1, 1949 after the victory of the Communist Party, led by him, in the civil conflict against the Nationalist Party or Kuomintang, captained by Chiang Kai Shek, who followed World War II. “The Chinese people have stood up,” he proclaimed.

“The Chinese nation, humiliated for decades in which it was subjected to external aggressions … began a new stage in which it was going to regain its sovereignty and little by little it would overcome its weakness and also recover the role of great power because of its population and history, “Enrique Fanjul explains in an analysis for the Elcano Royal Institute.

The CCP, founded almost forty years earlier in a house in the Shanghai district of Xintiandi, was erected as the only party – the Kuomintang went into exile with its followers in Taiwan, the origin of the problems between the continent and the island -, called govern under the Marxist-Leninist postulates, although always with the characteristics of China.

“The CCP has led the Chinese people in hard and tortuous struggles that have resulted in the great victory of the new democratic revolution, socialist transformation and socialist construction … Modern China clearly reflects that without the Communist Party there would be no a new China, “says the same party.

Heir of the forms of the imperial administration, based on the doctrine of Meritocratic civil servants of Confucius, the CCP has 90 million members whose representation is distilled through the Central Committee, with about 400 members, and other internal structures until reaching the seven permanent members of the Politburo.

After the initial phase of construction of the People's Republic and the subsequent purge of the Cultural Revolution, led by Mao, his successor, Deng Xiaoping, undertook the transition of the CPP from a personalist government to a collective one leading to a stage of economic development and opening to the outside that reaches our days with the mandate of Hu Jintao (2003-2013).

In these seven decades, China and the CCP itself have evolved. First they have tolerated and then they have encouraged a consumer society that has cemented and has also fueled the economic prosperity of recent decades, in which the country has grown at a constant pace that has allowed it to position itself as a global power.

At the same time it has maintained political control in a China where economic growth has also meant greater inequality and, therefore, greater discontent and social protest. According to a study by the University of Beijing in 2016, one percent of the Chinese accumulate one third of the country's wealth, while the poorest 25 percent only enjoy one percent of it.

Yaqiu Wang, the Human Rights Watch (HRW) researcher for China, has highlighted in this regard the emergence of the Internet in the 1990s as “a free space that many thought would bring freedom to China.” “However, the Chinese government has gradually honed its census skills on the Internet, blocking foreign websites and removing content that can be politically 'sensitive',” he told Europa Press.

China inaugurated another stage with the rise of Xi Jinping in the CPC General Congress of 2012. Experts agree to point to the current president as the most important Chinese leader since Mao for the constitutional reform that took place in the 2017 conclave, with which He managed to include his doctrine 'Socialism with Chinese Characteristics for a New Era' and eliminate the limit of presidential mandates.

“The CCP has increased its control over every aspect of Chinese society since Xi came to power,” Yaqiu said, warning that he could go further to the extent that the president can now remain in office beyond 2023 , perpetuating in power – something that didn't happen since Mao. In fact, the latest HRW report on China denounces a “growing repression” during Xi's tenure. 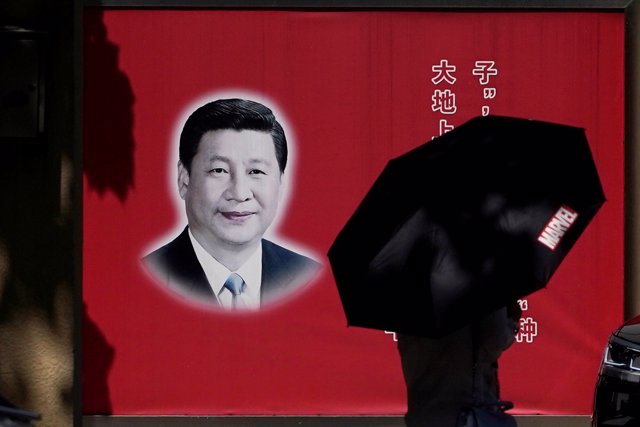 In this sense, it is revealing the so-called 'document number 9' that was distributed in 2013 among the ranks of the CCP with the guidelines of the new president and ended up leaking. In it, Xi mentions as threats to the control of the party “Western constitutional democracy”, neoliberalism, Human Rights, the independent press and civil participation.

For Yaqiu, there is no doubt that “the situation of Human Rights in China is currently the worst since the Tiananmen massacre.” It highlights the persecution of religious and ethnic minorities, especially against Muslim Uyghurs, concentrated in Xinjiang. The UN has denounced the existence of clandestine facilities where there would be one million detainees. Beijing clarifies that they are voluntary detention centers that educate against extremism.

This October 1 is the first major event of the Xi era, a unique enthronement opportunity. Therefore, a military parade is planned in which 15,000 troops will participate and 160 airplanes and another 580 military equipment will be exhibited. Surprises are also expected, such as Dondgfeng-41 ballistic missiles. “The stronger we are, the more positive energy we can contribute to world peace,” argues the Ministry of Defense.

To ensure that the big day is a success, the Chinese authorities have left nothing to chance. Thus, only civilians and selected journalists can witness a parade that will last 80 minutes and will be held in Tiananmen Square before the Chinese dome, chaired by Xi, and without the assistance of international leaders. 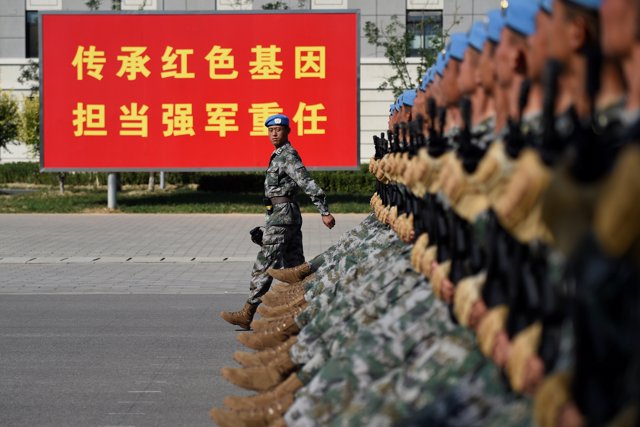 Tiananmen is already fortified: nearby hotels and hostels have had to ask their guests not to leave during certain hours and many shops and restaurants have had to close. In addition, to ensure that the sun shines in the polluted Beijing sky, the factories and construction sites surrounding the Chinese capital will have to suspend their work, reports BBC.

Despite all this, the Chinese Government faces this National Day with two important sources of instability: the democratic protests in Hong Kong and the commercial war with the United States.

The hongkoneses already add four months of protests that began by the extradition law to mainland China and that have been escalating until now claiming universal suffrage. To avoid a mass demonstration on October 1, regional authorities have canceled the festivities, but a march has already been called in the center of the former British colony. 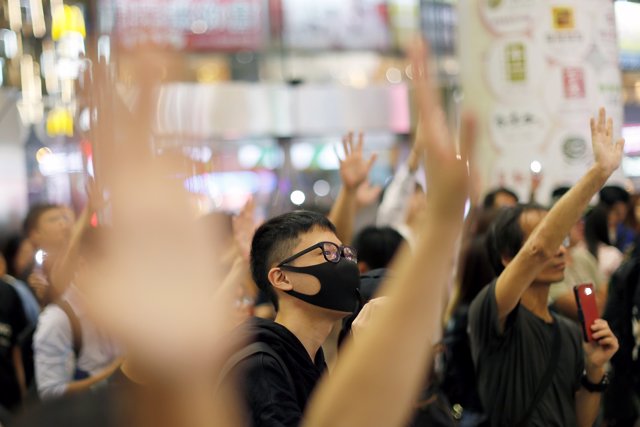 As for the trade war, it seems that now Washington and Beijing are willing to agree on an exit to the imposition of tariffs and the veto on certain products, but tensions continue in the foreign exchange market, where the Chinese currency has been devalued below of the psychological threshold of 7 yuan per dollar, according to the 'Financial Times'.

Thus, “the CCP is on high alert and security has been reinforced throughout the country,” says Yaqiu.

Russian opposition leader Alexei Navalni posted a message on social networks this Saturday confirming that he is unable to use his cell phone or pour himself a glass of water due to his mobility problems, but assures that he is “on the way” to recover physically and mentally suffered from the poisoning. The message is…

United States President Donald Trump announced this Thursday that both he and First Lady Melania have undergone a new test for coronavirus after learning that his personal assistant Hope Hicks tested positive. “She tested positive, I just found out. She’s a hard worker. She often wears a mask, but has tested positive,” Trump said during…

Image copyrightGoggleboxImage caption Leon and June were together for 62 years Gogglebox star Leon Bernicoff has died aged 83 after a short illness, Channel 4 have said. The retired teacher and his wife June were one of the first couples to join the show’s cast when it launched in 2013. Mr Bernicoff died in hospital…